It’s 7:00 A.M. when you finally hit the snooze button. After much contemplation, you’re out of bed and into the shower. Frantically racing against the clock, you brush your teeth and finish homework just as it’s time to leave. With a final goodbye, you’re off to first period and another day of class.

While this may be a typical morning to most Acalanes students, a single ingredient remains absent: breakfast.

Though often called ‘the most important meal of the day,’ breakfast seems to have lost its appeal to many high school students.

According to one Kellogg’s survey, only 36 percent of high schoolers eat breakfast, compared to a whopping 64 percent that do not. For Lamorinda family nutritionist Christine Sawyer, such numbers are unsurprising.

“I think breakfast is just as important as every other meal of the day, but it is the most forgotten meal of the day,” Sawyer said. “We all make that decision sometimes that we would rather do other things than to eat breakfast. I can remember being a teenager and how much I would rather have slept-in in the morning than fix myself breakfast.”

Sophomore Vanessa Urbina agrees with this conclusion because her own hectic morning routine makes it difficult for her to grab breakfast.

“As someone who is typically in a rush in the morning, I don’t find time to have a well-balanced breakfast,” Urbina said. “To get through the day, I regularly snack and drink water. For me, whether or not I have a breakfast doesn’t affect how my day is.” 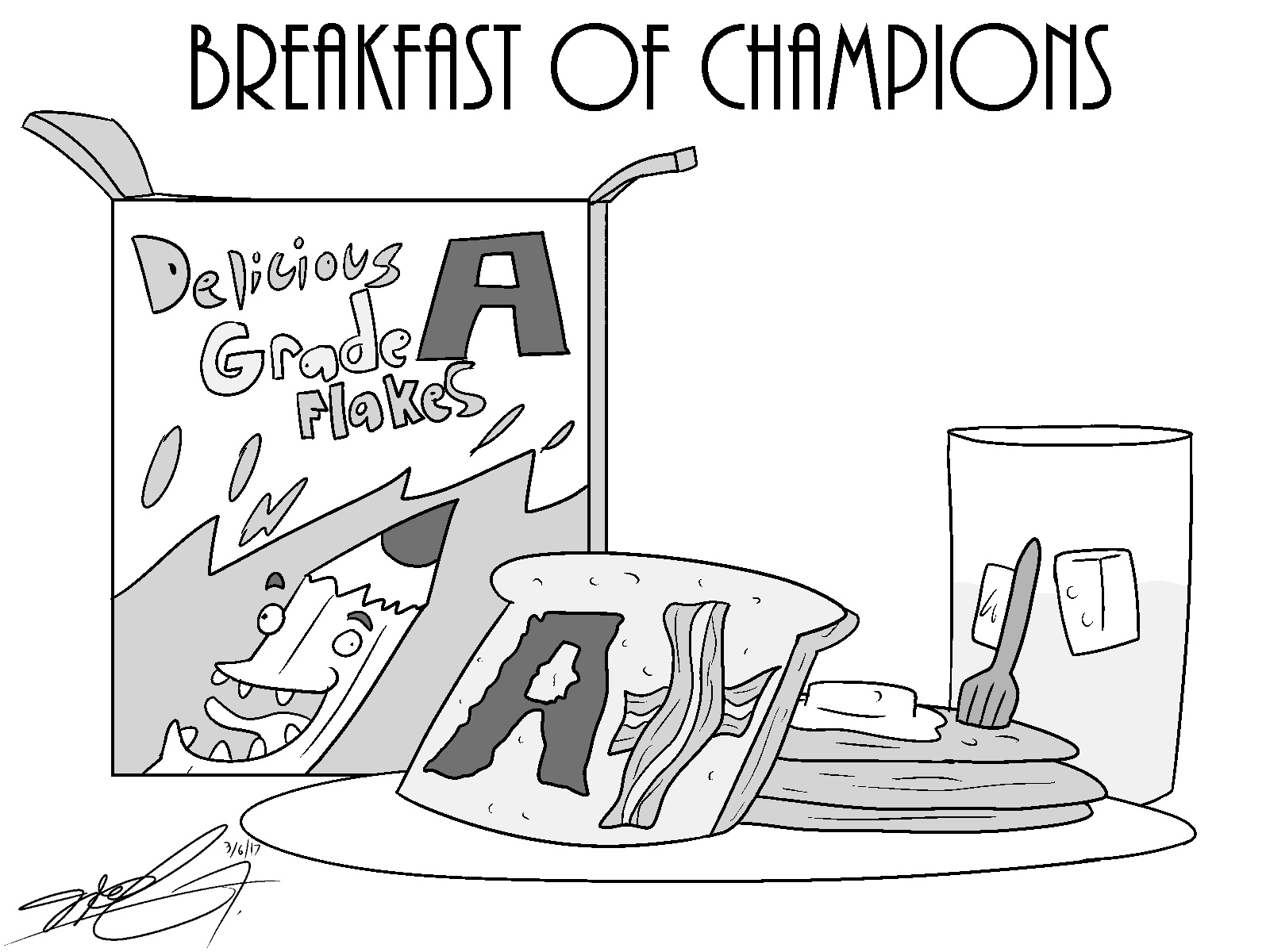 “It’s really important to be aware of the fact that we can respond better, take more, and just function at a higher, more sophisticated level mentally, academically, and emotionally by eating breakfast,” Citron said.

“I believe that breakfast impacts concentration and test-taking. I think we have all been ‘hangry’ at times where we are so hungry that we cannot focus on anything,” Sawyer said. “It’s just going to be harder to concentrate because your body does not have those stores to fuel you through the rest of your day.”

With a diagram in hand, Citron modeled the typical blood sugar levels found in a student over the course of a day. In the mornings, Citron said, blood sugar levels are particularly low. When a student eats breakfast, however, such levels return to an acceptable rate through the carbohydrates in the food. It is when a student chooses not to eat that problems can arise.

“Low blood sugar is not great because our body needs this infusion of glucose. Our brain needs it for all of our functioning so that we know what to do,” Citron said. “When we are not in this moderate range, we really can’t function optimally.”

Natural fluctuations in glucose levels occur around brunch and lunch during a typical Acalanes schedule, though breakfast helps manage such curves. Not to mention, breakfast helps subside stress produced by the body as a result of hunger.

When students understand the benefits of breakfast, Citron believes students will find a change in their academic performance, though she understands that not all agree.

“You might say to me, ‘You know what, I never eat breakfast, and I do just fine. I have straight A’s,’” Citron said. “I didn’t say you couldn’t survive. But what is the difference between survival and optimal function?”

To achieve optimal function, Citron believes breakfast is necessary. However, breakfast is often a challenge when mixed into the busy lives of Acalanes students. Some teenagers simply don’t have the time to properly sit down and eat a bowl of cereal.

Loughran-smith is not alone, as Citron revealed many students face the same problem, either with time or appetite.

“Some kids say they aren’t hungry. So then I like to say, ‘You think you aren’t hungry, but you really just don’t like the feeling of eating in the morning,’” Citron said. “You need to get your body used to fueling it before you go to school.”

Sawyer suggests healthy breakfast foods such as toast with nut butter, yogurt, granola, and fruits and vegetables to kick start one’s day. However, Citron acknowledges that unhealthy foods are an acceptable form of motivation as well.

“If a donut is all you have available or all you are willing to eat, I’m okay with starting out that way versus coming to school with nothing. And then, I think you should work on asking what kind of fuel is healthy for [you].”

Sawyer hopes Acalanes students will begin to understand the importance of breakfast. As Citron said, there is always time for breakfast, even in that means eating “while you’re doing your hair.”