The election of Donald Trump was seen by some people as a rejection of political correctness, which has been a topic of debate throughout the country for some time. The “Happy Holidays” instead of “Merry Christmas” argument, among other things, was enough to push many former Democrats to vote for Trump. Has the country, especially those who sit to the left of the political spectrum, gone too far with political correctness?

Political Correctness is defined by the Merriam-Webster Dictionary as “conforming to a belief that language and practices which could offend political sensibilities should be eliminated. In short, anything that might be considered a controversial act or an act that offends someone must not exist. Many Americans abide by political correctness for fear of isolation in their community, when this should not be the case.

American actor Hal Holbrook once commented on political correctness saying that “It causes us to lie silently instead of saying what we think.” People around the nation are hopping onto this crippling bandwagon and riding along as they watch the power of their thoughts and their speech slip slowly between their fingers.

Refraining from speaking one’s mind out of fear that someone else will be offended impairs our ability to freely formulate our own thoughts. In a nation where we cherish our freedoms, our own liberty to think independently is being encroached upon because a large percentage of our  society has suddenly deemed that offending someone, even accidentally, is completely unacceptable. Encouraging this horrific sort of censorship binds all Americans to a limited truth.

Without the truth, we hide behind our feelings and are not aware of what reality is like. For a foreign example, in a survey by the UK Polling Report, a verified figure that 78% of British-Muslims think that the multiple Danish cartoonists who drew Mohammed in a controversial series of political cartoons in 2005 should have been prosecuted. This was based on a poll, a truth, a reality. Those who cherish political correctness would not question the religion, but instead attack the pollsters for conducting a “harmful” poll on a portion of society. We must be able to honestly react to a statistic instead of blatantly ignore it to not be critical of others.

Bringing out the truth, whether it may hurt feelings or not, is necessary to have an honest debate about an issue. For so long, we have not been able to delve into more precarious or sensitive topics for fear that we will alienate others, but this needs to change. If we want to solve issues in society, let’s not block the truth and disregard facts because it might “trigger” somebody.

What we also need to make clear is that being politically incorrect does not necessarily mean being rude. The reason why these two things are so easily mistaken is because the millennials of our society are hypersensitive and tend to overreact. The UC Berkeley campus sustained $100,000 worth of property damage due to riots sparked by the appearance of the controversial speaker Milo Yiannopoulos. Yiannopoulos, who is known for his politically incorrect rhetoric, ended up having to cancel his speech due to the chaos of the scene. Although we do not agree with how Yiannopoulos conducts himself, he had no intention to be harmful, and he had his first amendment rights violated due to the excessive political correctness in the Bay Area. But, as odd as it may seem to some, it is quite possible to be extremely polite yet politically incorrect.

It must be understood that people are different. Since the dawn of man, differences of opinion have existed and it will continue to flourish with each passing generation; it is a phenomena that our species cannot part with. Our differences make every person on this planet unique and make every individual stand out in one way or another. 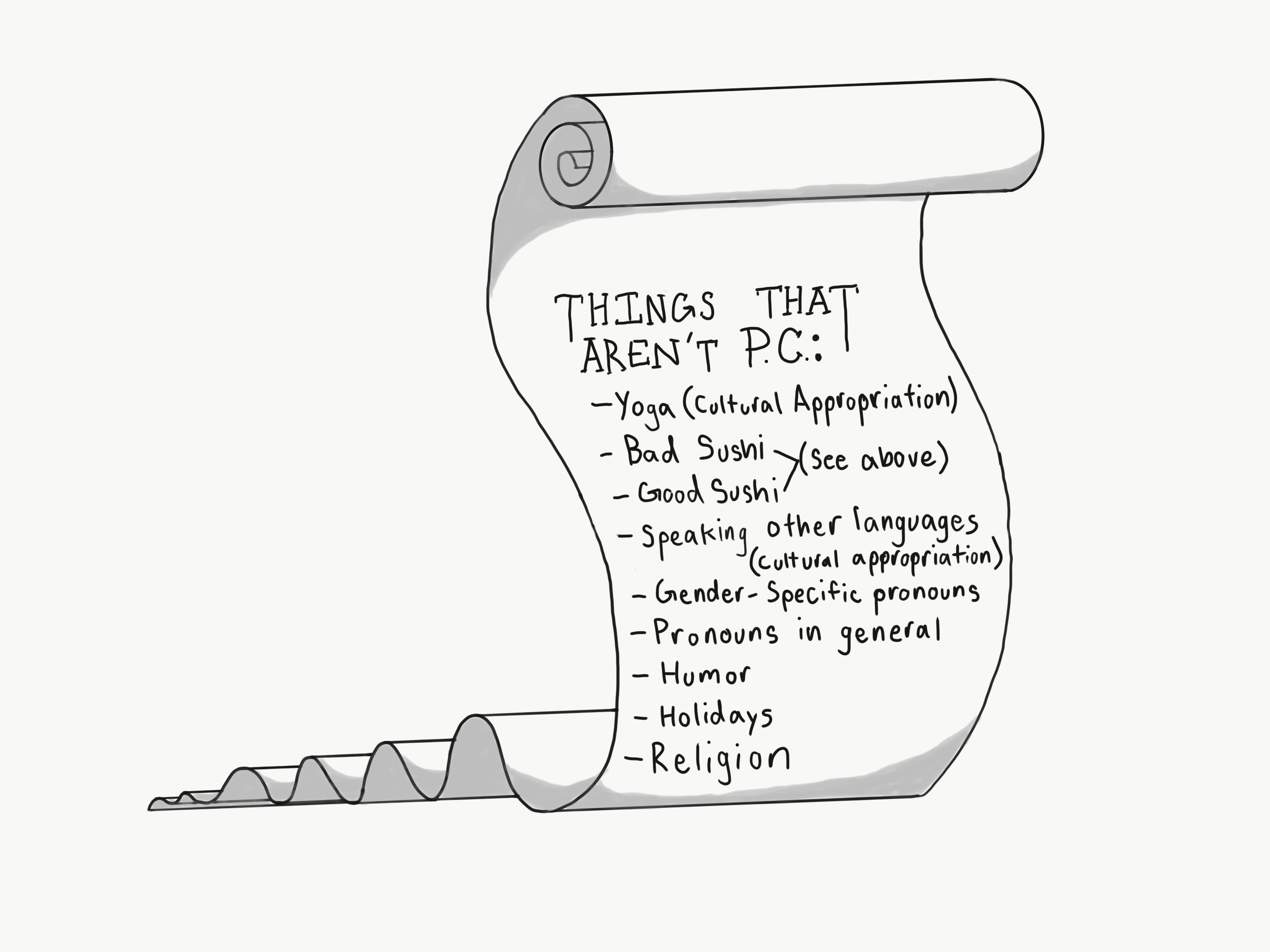 Here is the part that many people don’t want comprehend: it is possible to discuss and talk about our differences in a polite and respectful way. It’s logical that because not all people think the same way, there will inevitably be some who take offense to differing views. So to practice eliminating every possible offensive remark from our daily conversation is unrealistic. People who are politically incorrect aren’t necessarily rude; they just comprehend that trying to stay away from harming everyone’s sensibilities isn’t realistic.

We are at a crossroads in this country; one road can take us down to a society where liberal ideals can flourish and people can honestly discuss issues without threat or intimidation from others, and the other can take us to a place where speech is shunned because it differs from another point of view or it is seen as a hurtful statement. In a country that was founded on personal freedoms like the right to free speech, we must uphold these principles in order to not only survive as a nation, but to preserve a difference of opinion and protect the truth.