I, like many others, watched in horror and dismay as Vice President Mike Pence cast his tie-breaking vote for Betsy DeVos on February 7, confirming her as Secretary of Education. Beginning with her highly criticized performance in her confirmation hearing before the Senate Health, Education, Labor, and Pensions Committee three weeks prior, DeVos’s rush-job confirmation process felt like a nightmare and a joke at the same time.

While the confirmation hearing certainly had its scathing moments, like Senator Chris Murphy’s (D-CT) disgusted disbelief of DeVos’s inability to commit to gun-free school zones, it also had its confusing moments for people like myself who are relatively “uneducated” in education policy and governance. 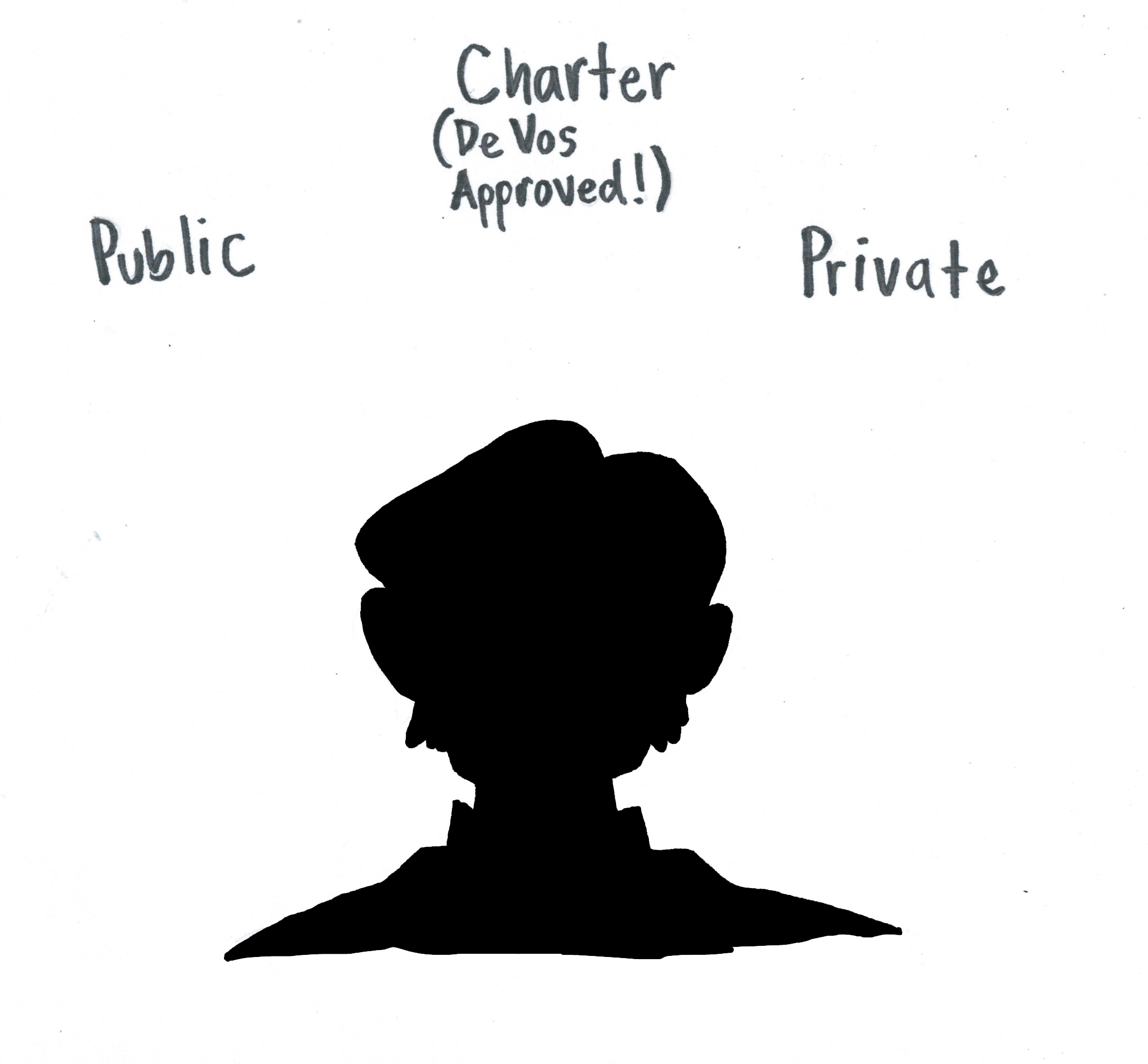 One such term was “school choice,” a term DeVos has become closely associated with. During her hearing, she stated, “Parents no longer believe that a one-size-fits-all model of learning meets the need of every child and they know other options exist, whether magnet, virtual, charter, home, faith-based, or any other combination.”

At face value, school choice appears unobjectionable. Allowing parents to choose a school that offers the best services based on their child’s personal needs seems logical and, if anything, beneficial. Meanwhile, schools would attempt to offer increasingly high quality education and services due to competition with other choice schools.

However, the essence of U.S. education policy is to provide underserved and disadvantaged children with equitable opportunities to higher achievement, not simply to provide families with alternatives to traditional public education.

The difference, which may appear small and vague, is actually extremely important. When alternatives are created in the name of choice, disregarding quality standards and regulations, the very people education policy is supposed to protect are harmed.

Take DeVos’s lab experiment, Michigan, as an example. The former Republican Party chairwoman and American Federation for Children chair has been a driving force behind the rise of charter schools throughout the state.

While it is undeniable that this influx has provided parents with increased choice, it is also undeniable that most of these schools have performed below the state reading and math average. According to the Detroit Free Press, an overwhelming number of charter schools, especially around the Detroit area, have reported abysmal student achievement for decades. And yet, their charters have been renewed.

During her hearing, DeVos stated, with respect to these schools, “Actually, I believe that there’s a lot that has gone right in Detroit and in Michigan with regard to charter schools, and the notion that there hasn’t been accountability is just wrong.”

However, last summer, the DeVos family spent millions in an attempt to stop a measure that would have required increased oversight of Detroit charter schools.

The additional issue of for-profit charter schools was brought to light in DeVos’s hearing. DeVos’s family has been invested in K12, a for-profit online charter school operator that receives about eighty percent of its funding from the federal government and taxpayers. During her hearing, she avoided answering whether or not she supported for-profit companies like K12 profiting off of taxpayers despite running poor-performing schools. This should come as no surprise given that Michigan has the highest number of schools operated for-profit.

Taking another look at Detroit charter schools, not all have failed. According to a yearlong Free Press investigation, about ten percent of charter schools perform in the highest tier and many boast admirable graduation rates. However, when it comes down to actual test scores, most charter schools and Detroit’s public schools look nearly identical.

Furthermore, the attempt to increase access to higher quality schools for disadvantaged children has failed. By removing residency-based restrictions on enrollment, children from poor districts (statistically, minorities) have indeed moved into these schools, but the result has been another case of “white flight” which the country witnessed in the mid-20th century. White and affluent families have moved out of these schools, thereby reducing funding and lowering the quality of education.

In cities like Boston and New York, school choice has actually provided low- and middle-income families with legitimate, high quality alternatives to public schools. These schools have implemented oversight both through the government and through the public while maintaining admirable student achievement.

As Secretary of Education, Betsy DeVos is responsible for setting standards and maintaining accountability for schools across the nation. However, if she continues to reject accountability in the name of school choice, we may never see equally accessible quality education.