Coming off of five seasons of the hilarious Key and Peele and a starring role in Keanu, Jordan Peele has delivered his first feature directorial effort with the astonishingly impressive Get Out. The film follows an African-American man Chris Washington, played by Daniel Kaluuya, as he takes a trip to meet with his girlfriend Rose Armitage, played by Allison Williams, and her parents. Upon meeting Rose’s parents, Chris senses growing racial tensions and feels that something is not quite right about the family. The concept seems like a simple social commentary on paper but Peele has crafted an enticing and intensely psychological thriller.

Peele employs classic horror foreshadowing to flawlessly introduce character tropes and conflicts. This is most effectively achieved with the character of the girlfriend’s mother. She is a psychologist who uses hypnosis to treat her patients. The theme of hypnosis reoccurs throughout the film and provides some of the most terrifying scenes. Some character tropes make for pointless jump-scares and cliche tension building but the actors always manage to bring their characters back to a very motivated and complex place. 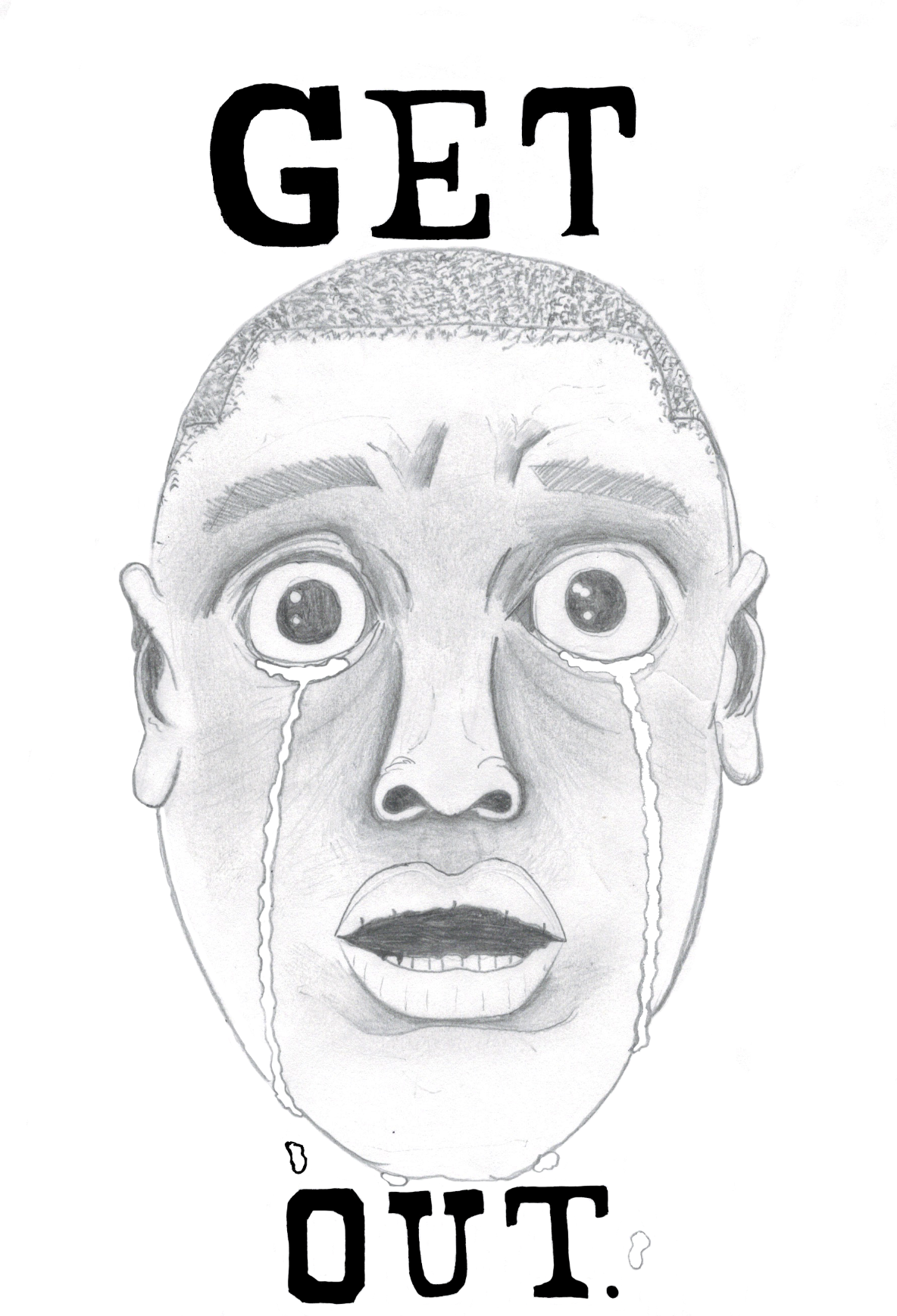 Kaluuya portrays Chris in a shockingly human way and makes every moment of urgency feel justified. The highlight of his performance is how he reacts to awkward situations and fluctuates his emotions based on the characters around him. Allison Williams plays off Kaluuya brilliantly as the girlfriend and both comedic and dramatic notes. Bradley Whitford is a clear standout in the cast as the white father whose calm manner and passive aggressive psychosis makes him nerve racking, as well as disturbingly entertaining to watch. The rest of the supporting cast is clearly committed to their roles and although some performances feel over the top, they fit in well with the absurd aspects of the film.

Although Get Out is primarily a psychological thriller, it operates equally well as a black comedy. Peele’s comedic background heavily features in a film in which several characters feel like they are right out of a Key and Peele sketch. Their awkward absurdity combined with the relevant commentary on racial tensions provides for several hilarious sequences.

The social commentary fits in with the horror storyline frighteningly well. Peele raises many great questions about race relations in the twenty-first century and touches on a kind of subconscious racist environment that not everyone is aware of. Overall, it is very tastefully executed in the film and adds an intellectual perspective to an otherwise onenote horror concept.

By giving the film an intellectual outlook, Peele adds a level of psychological horror that elevates Get Out to a higher standard of filmmaking. He uses the previously mentioned concept of hypnosis to terrifying effect in very symbolic and effective sequences. He finds the perfect balance between character motivations and tension building and manages to fuse them into the same climactic moments.

Get Out is not nearly a perfect film, however. It does rely on the general structure of a horror film and the jump-scares feel contrived and unnecessary. Most of the jumpscares don’t directly affect the characters and are present only to scare the audience and it quickly breaks the connection from viewer to film.

The pacing in general takes long pauses from thrilling moments and devotes much of the nearly two hour runtime to long conversations. It is admirable of Peele to take time on the story development, especially considering the fact that none of the drawn out scenes are at all boring, but it ultimately results in a very rushed climax. It feels realistic for the setting and it is certainly intense but it ends rather abruptly.

Overall, Get Out was a very surprising film and bodes well for Peele’s career. It perfectly blends comedy and horror in a very intellectual and personal way. Aided by its indie production, the films feels generally very realistic and works on a small scale. It only furthers the current indie horror renaissance and is encouraging for what Peele will do next.