// Acalanes students and staff came together to acknowledge and pay tribute to different nationalities during the week of March 20 through 24.

The week consisted of daily activities, all of which aided in shining light on different cultures, within Acalanes and beyond.

The week started off on Monday, March 20, when multiple Acalanes teachers hosted a “brown bag lunch” discussion on immigration. The event was held at lunch, and student and staff participants shared their knowledge and opinions on the topic of immigration and immigration policies. 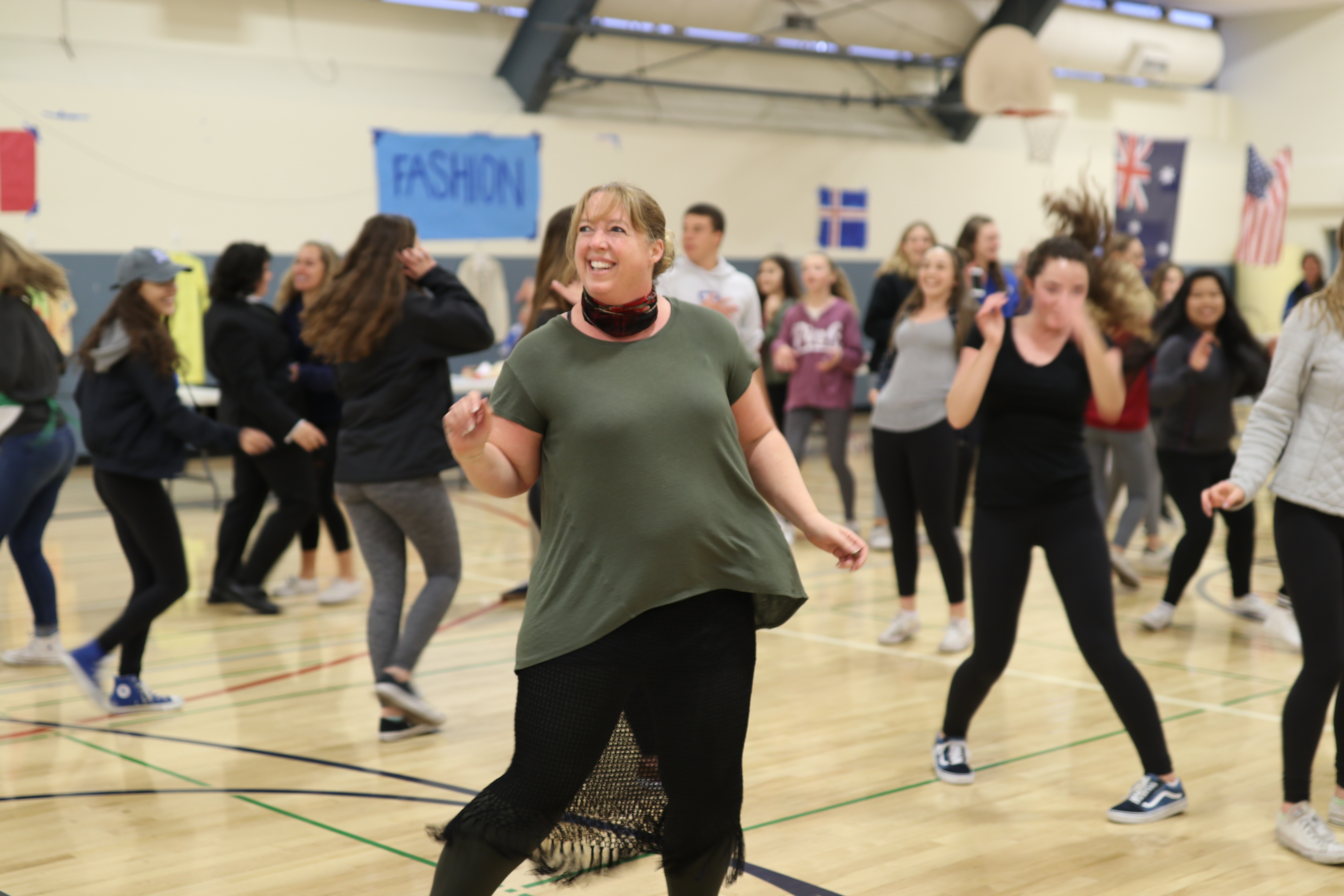 The activities didn’t stop at the end of each school day, as students held a screening of the film Miss Representation at 7 P.M. in the Acalanes PAC, after school on Tuesday, March 21. The film discussed the poor depiction of women in today’s media.

“Miss Representation was a great movie with an extremely important message. The portrayal of women in the media for almost all of history has been demeaning,” sophomore Vanessa Urbina said. “The movie did a great job of showing just how damaging these portrayals are to current generations. It was overall an incredible and empowering film that all women should see.”

Urbina also felt that the film fit well into the theme of international week.

“Although the movie solely talked about women in the U.S., women are pretty much considered inferior to men in most countries, especially third world,” Urbina said. “The importance of women’s rights should be promoted internationally, so I think showing it during this week was pretty appropriate.”

According to Paniagua, the subject matter of the discussion helped to not only expose students to light-hearted aspects of international affairs– such as food and festivities– but the more serious global issues as well.

“I think the idea with international week is to go beyond looking at this shallow idea of international,” Paniagua said. “To go beyond just foods and flags from around the world, and maybe a little bit more deeply into the United States as one nation among many, how we interact with those nations, and how the decisions and actions that we make here have an impact on other countries.”

The lunches gave students the opportunity to voice their opinions regarding diversity and celebration of other cultures.

“Having activities like the brown bag lunches in a way gives people a voice to express and celebrate the diversity that makes our campus a great place,” Urbina said.

The finale to the week took place on Friday, March 24, when members of Acalanes and the local community came together to celebrate International Night. Festivities included student-run booths, each dedicated to the culture of a certain nation.

“My booth has some fun facts laid out, as well as some famous french foods, and the french flag,” Gold said.

To compare with Paniagua’s statement, information presented at the booths aided in educating the public on not only the light-hearted aspects of certain nations, but the issues present in those countries as well.

The booths also aided in educating soon-to-be Acalanes students on different cultural programs at the school.

“One family had a daughter who goes to Stanley and speaks French, and so they were looking into the French program at Acalanes,” Gold said.

In addition to the booths, attendees had the opportunity to dance to music from different cultures, which proved popular among participants.

“My favorite part of the night [was] the dancing… we all got to dance in groups and it [was] really fun,” freshman Diego Thomason said.

Students weren’t the only ones to hit the dance floor, as guest performers from UC Berkeley attended the event and performed a series of Middle Eastern dances.

International night also highlighted diversity in fashion and beauty across the globe. One booth allowed visitors to get henna tattoos, or semi-permanent body art, which are present in the Egyptian, African, and Middle Eastern cultures. A fashion exhibit was set up as well, displaying attire from various cultures. Running the fashion exhibit was ninety-three-year-old world traveller Betty Knudson and her collection of hats from around the world.

Knudson expressed the importance of exposing oneself to other cultures, and the impact travel has had on her life.

“You learn all about the world around you. Travel experiences are something nobody can ever take away from you, you hang onto them always,” Knudson said. “Just putting these hats together, I’ve remembered the people and all the experiences I’ve had in each of these places.”

Alongside the fashion exhibit, a world map was posted on the wall and attendees were encouraged to place pins on all the places they’d visited.

All the festivities of International week enforced the importance of celebrating different nationalities at Acalanes. According to Paniagua, Acalanes does a good job of acknowledging cultural diversity.

“I think there’s a very large number of students and teachers [at Acalanes] who really value beginning and continuing a dialogue so that we’re always thinking about what diversity means and thinking about diversity in all different shapes and forms,” Paniagua said. “One of the things we do best [at Acalanes] is promote that dialogue and keep it going even when it’s sometimes difficult and uncomfortable… I think that the people here at Acalanes don’t shy away from it.”

Many students see that preaching acceptance of all cultures is important at Acalanes.

“Having [international] week is quite important to those who don’t belong to the white majority,” Urbina said. “Knowing that their differences are not only accepted at Acalanes, but celebrated at the place where they spend 5 out of the 7 days of the week is really important.”

Olivar feels that learning about other nations can be useful in all walks of life, beyond one’s Acalanes career.

International week helped to uphold Acalanes High School’s belief in acceptance for all, as well as educated students on global issues beyond the walls of the Lafayette community.

“The goal is to try to make the school the most comfortable place that it can be for everybody, and to acknowledge that we’re not all the same,” Paniagua said. “We don’t all have shared experiences and backgrounds and perspectives and just because they may vary, they’re all valid and important. I think a lot of us [at Acalanes] really want to embrace that.”