Acalanes student film Silent in the Moonlight directed by senior Matthew Magnus, set to come out in June of 2017, focuses on an aspiring high school filmmaker named Damien. While working on his biggest project yet, he falls in love with Nadine. She helps him with the film, but their mutual drive to succeed ultimately forces them apart.

“For this film in particular the idea stemmed actually from the main writer of the script [senior] Francesco Macayan. He had recently seen the film La La Land and completely fell in love with the story. I had also seen it and loved it so we both started to talk about writing our own love story,” Director Matthew Magnus said.

The project started out with an outline and a selection of reference photos for the style of the film. After one month of work, the 54 page script was completed, and the filming process began.

Magnus said that films such as Damien Chazelle’s films Whiplash and La La Land inspired or influenced certain parts of Silent in the Moonlight’s story line, but the characters and events are based off of real life situations that Magnus and co-writer Macayan experienced. 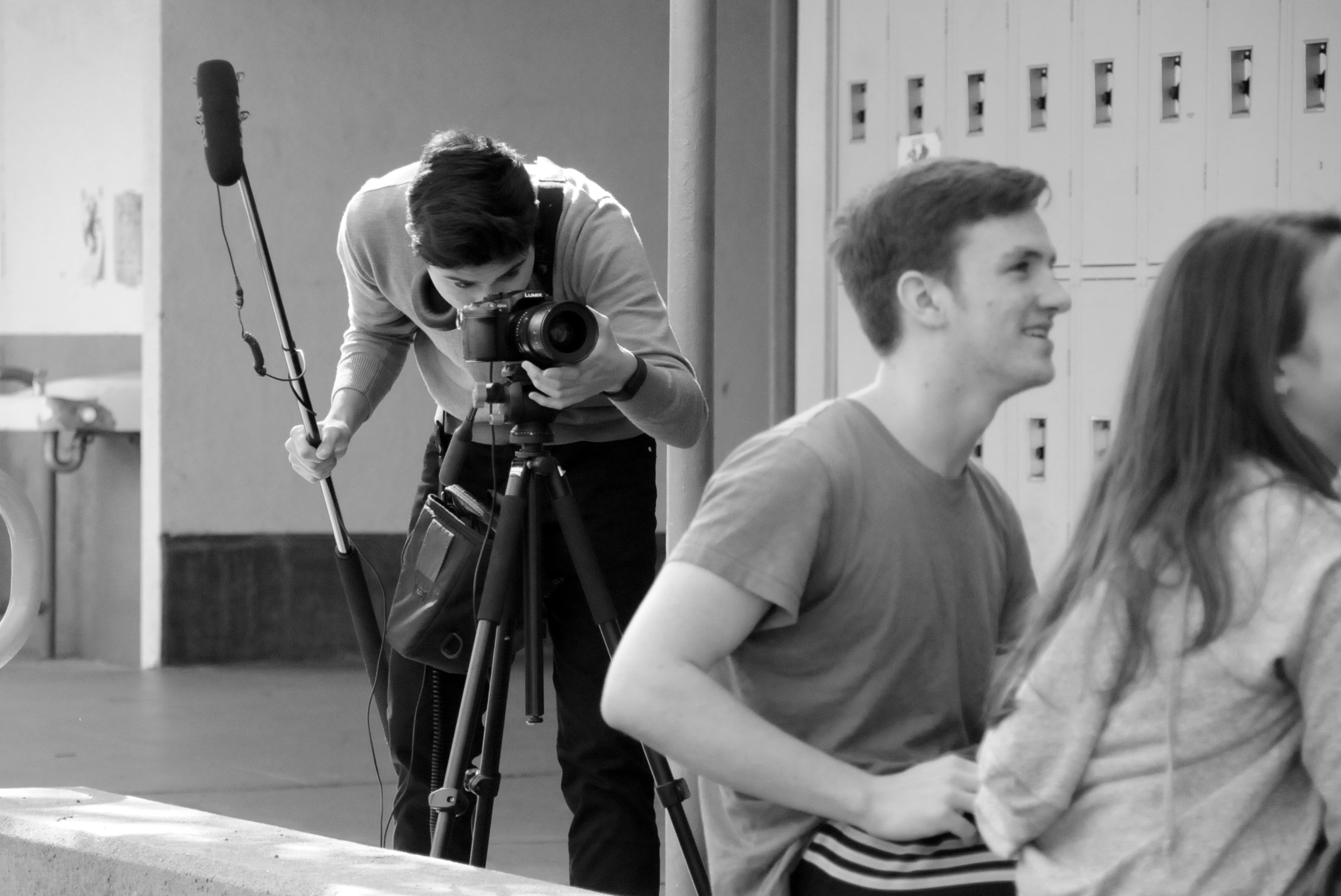 Matthew Magnus (pictured with camera) on set of film.

Every actor in the production is a student at Acalanes High School, many of whom are a part of the drama department. While the crew members take part in the Acalanes Video Production program.

Drama Don veteran, senior Faith Branch, plays the lead female role of Nadine. After being contacted by Magnus, who had her in mind for the role, Branch eagerly accepted the opportunity. The role of Nadine in the film is a fresh switch from her typical, live theatre medium.

Magnus said his goal with this film,“Is to just to do it, to be honest. I’ve made films before, usually for video production or for a film competition, but with this one I wanted it to be big,” Magnus said. “And I wanted to use different Acalanes kids from all different art departments, and have this film be a medium for the artists of our school to all pour their talents into, since filmmaking requires collaboration with so many different types of talent.”

Filmmaking seems to be the future for Matt, next year he moves to Los Angeles to pursue his dream. After participating in a film program called Film Connection, and going through the Trojan Transfer Plan, Magnus plans on attending the University of Southern California, one of the top film schools in the country.

“My advice for those looking to become filmmakers or aspiring filmmakers at Acalanes, is to keep pushing the boundaries. I’m not saying to disrespect things or disregard common sense, but be prepared to push yourself,” Magnus said. “Filmmaking is not supposed to be easy. It’s a challenging art form that will beat you up in every way possible, but if you’re persistent, open to collaboration, and willing to reach your hand out and not be afraid to try new things, then you’ll be surprised how far you can get.”