Any person who has a minimal understanding about gaming knows about Nintendo’s incredible ability to innovate. The Nintendo Wii introduced the motion sensor and the Wii U incorporated the idea of a gamepad. With every passing console, Nintendo looks to break its previous mold and invent something new that will satisfy customers around the world.

The Nintendo Switch is no exception to Nintendo’s unique creativity. Released on March 3, 2017, the Switch is already bringing a multitude of new additions to the table.

First and foremost, the Switch allows the player to bring their game on the go. Other than gaming laptops, the Switch is the only gaming system that allows for relatively high-performance gaming in a portable fashion.

The console itself is a small rectangular prism with an LED screen on one side; this portion contains all the necessary hardware for the Switch to operate. On both sides of the console, two detachable controllers called joycons can be connected via a rail system. Using the system with the joycons attached allows the player to use the device wherever he or she can take it. Alternatively, the Nintendo Switch can also be docked and played from a television just as other mainstream consoles. There is docking station that the console can be plugged into which displays its contents onto the connected television. From there, the two joycons can either be attached to a joycon grip effectively transforming the pair into a regular controller or can be used via motion sensors. 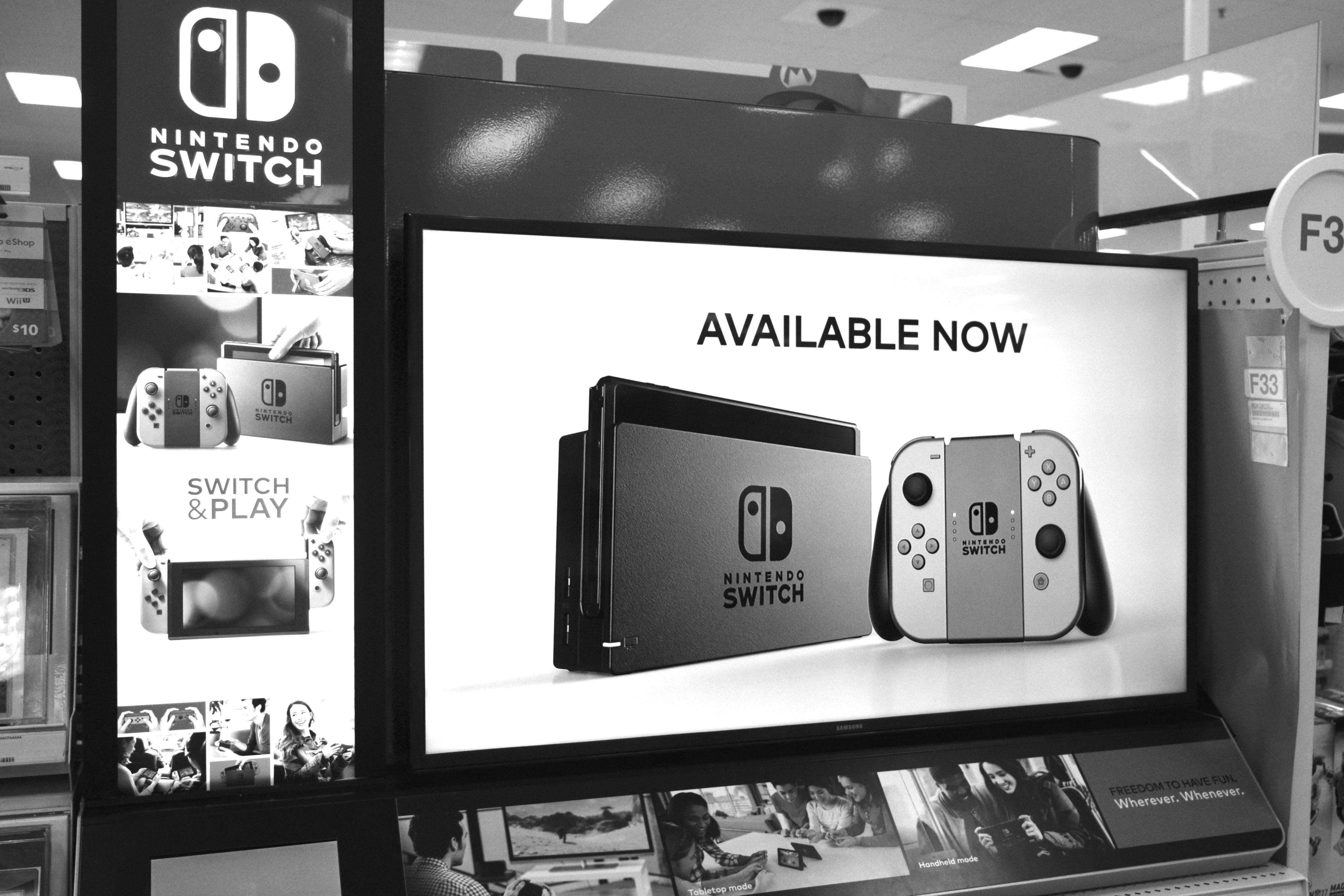 This ability to play the Nintendo Switch as a traditional console or as what some people might consider a Nintendo DS with greater processing power has been somewhat revolutionary. While the docked mode can become slightly obsolete, it still provides a refreshing play style that is immensely fun to use. The only cons to playing the Switch on the go is that it is subject to the occasional frames per second (FPS) drop and the battery life is often criticized (although it has the same battery life as the Nintendo 3DS).

Setting the hardware aside, the overall feel of the Switch is simple and sharp. The user interface (UI) is sleek. Compared to the clustered UI of the Wii and the Wii U, the Switch offers a much plainer and effective one. The whole system feels less crowded and is much easier to navigate. Other simpler fixes have been carried out, placing the Switch above it predecessors. The previous cumbersome FriendCode has now been replaced with a Nintendo Network ID. A bunch of the unnecessary apps such as Miiverse, the weather channel, and the news channel, have been either ousted or improved. Although the Switch still suffers from a serious lack of content, it has only been out for a little over a month and Nintendo is promising to bring in more through constant updates coming in the following months.

On the note of content shortage, the release of the Switch had a lacking number of games coming out alongside it. In light of the situation though, one of Nintendo’s launch titles, “The Legend of Zelda: Breath of the Wild,” scored a 98% on Metacritic and is considered the second best “Zelda” game of the 27 major titles released. Nintendo has many games scheduled to be released this spring and early summer so the game drought will soon be over. These releases are obviously packed with original Nintendo titles but also include many indie games not seen anywhere else.

Also expanding its game platform is Nintendo’s decision to partner with third party game developers to finally bring mainstream games to the Switch.

All in all, the Nintendo Switch is a powerful, new, console that has something to offer every player. Although there is a very limited amount of content currently available, it is still too early to judge the overall excellence of the Switch simply due to that. Nintendo hasn’t failed to bring something new and exciting to the playing field and this one seems as though it’s around to stay.