Students Learn How to Spread Diversity Awareness at Summit

// The Diversity Summit at Del Valle took a handful of students from Acalanes, Campo, Miramonte, and Las Lomas to discuss issues including race, disabilities, gender, islamophobia, and fair consideration of undocumented students on Friday, April 14. 20 students were invited from Acalanes. 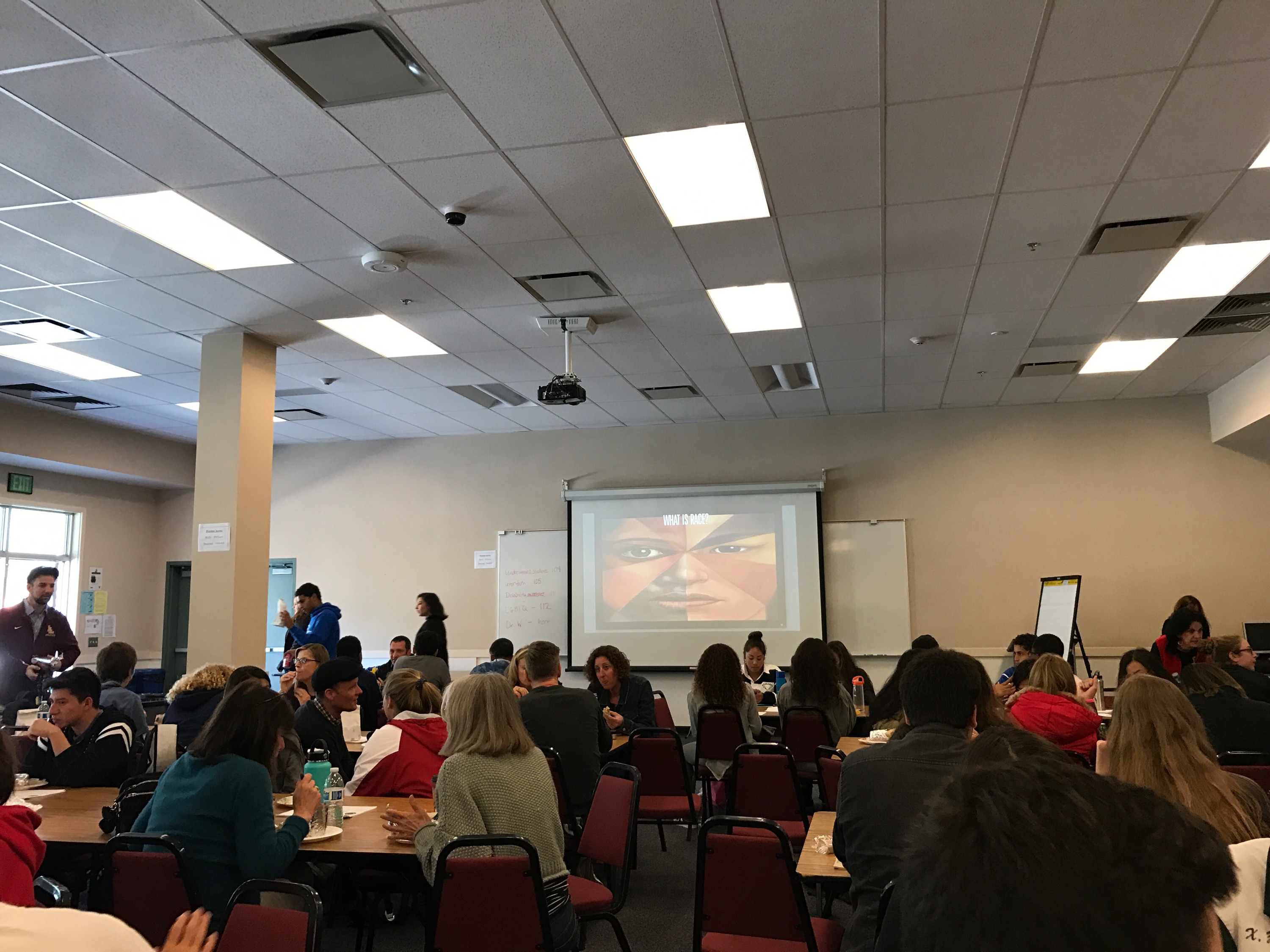 The discussion was led by Dr. Lori Watson from the Pacific Educational Group. She hosts workshops on diversity for different schools, the goal being for the participants to recognize and confront the racist or homophobic comments and actions taking place around them, and to provide a safer place for students on campus.

“Dr. Lori Watson was amazing. She brought humor to something that was hard for some to talk about, livening up the room, putting smiles on everyone,” sophomore Anand Patel said. “She told us of her stories and backgrounds, but overall, she was a perfect presenter with well understanding of the topic.”

Dr. Watson began the seminar with how to talk about racism in an informed and precise way, since it is such a difficult topic to discuss. She calls it “courageous conversation.”

The large group was then split into the multiple categories led by different speakers.

“I attended the second race workshop, where we talked about microaggressions, a term that means actions minorities face in everyday life that are not intentionally racist, but still reflect ignorance. We also looked at the way racial groups are portrayed, intentionally or otherwise, in advertising,” senior Kate Gilberd said.

Later on, they also split into groups based on which school they attend. They discussed how to spread the awareness around campus since the people sensitive to the topic are suspectedly the ones that didn’t attend the workshop.

“We wanted to spread the message to everyone, so we talked about possible changes to the CARE workshop program and also how students could collaborate with teachers to create a more thorough plan. I really want to make Acalanes a place where every student feels safe and comfortable,” Gilberd said.

There was a Acalanes staff meeting on March 26, where students discussed diversity on this campus. Gilberd said that a couple of teachers had approached her afterwards, thanking her for sharing, which she found really great.

“A lot was based on stereotypes, which I personally know is wrong, and I think majority at our school knows too. But because of the low diversity at Aca, I feel it can come up and affect the minority at our school,” Patel said. “But over all, my vision of it all stays the same as it doesn’t affect me because I walk into a room not worrying about me being Indian. I am human, that’s all that matters.”