// Students swapped their PE jerseys for swimsuits and sunscreen–and perhaps a little too much chlorine.

On Tuesday, May 9, several physical education students visited Acalanes nurse Dvora Citron after complaints of eye pain. The complaints, which began that morning, emerged as a result of the pool’s imbalanced chlorine levels.

“I started feeling the affects of the chlorine right after I got out of the pool,” freshman Alex Gilberd said. “I knew it was probably the chlorine that was causing this, because I had other people in the previous period warn me that the chlorine levels were high.”

“I don’t have an exact number of how high it was. I know it was just higher than that to where we shouldn’t use the pool,” Morris said.

The problem arose after a malfunction with the pool’s computer program. The relay system had broken, resulting in inaccurate readings of pool data.

“We have a computer that controls when it feeds chlorine and when it doesn’t feed chlorine based upon readings that the computer takes,” Morris said. “The relay stayed open, which didn’t turn off the chlorine.”

After two periods that morning, physical education teachers cancelled the day’s swim unit to prevent further injury among students. Many described pain or swelling of the eyes, leading teachers to believe a serious problem had occurred within the pool’s chlorine system.

“The chlorine had made my vision very blurry and foggy. Along with that, I felt weak and kept sneezing and sniffling for the rest of the day,” Gilberd said.

Maintenance contacted Morris that morning, and the problem was quickly addressed.

“The chemical balance was fixed by the next day,” Morris said. “We replaced the relay, and for the remainder of that week there were some tests to make sure that relay was working correctly. Then it was back in operation.”

The program had received its daily maintenance check the day before, causing Morris to believe the system broke sometime between that check and first period.

To the 83 students who swam that morning, however, it was too late of a discovery. Many students were forced to visit Citron after reports of blurred vision, burning sensations, and swelling. In response, Citron flushed their eyes with a purified water solution.

“It seemed to provide really good relief, enough that almost all of them were able to stay at school,” Citron said.

Aside from the three students sent home after the incident, many were able to return to their classes, and later, the pool. Surprisingly enough, few plan to wear goggles in the future.

“I don’t think that I will wear goggles since people now know to keep a close eye on the chlorine levels. If it does happen again though, I will just stop swimming and tell the PE teacher,” freshman Megan McCreary said. 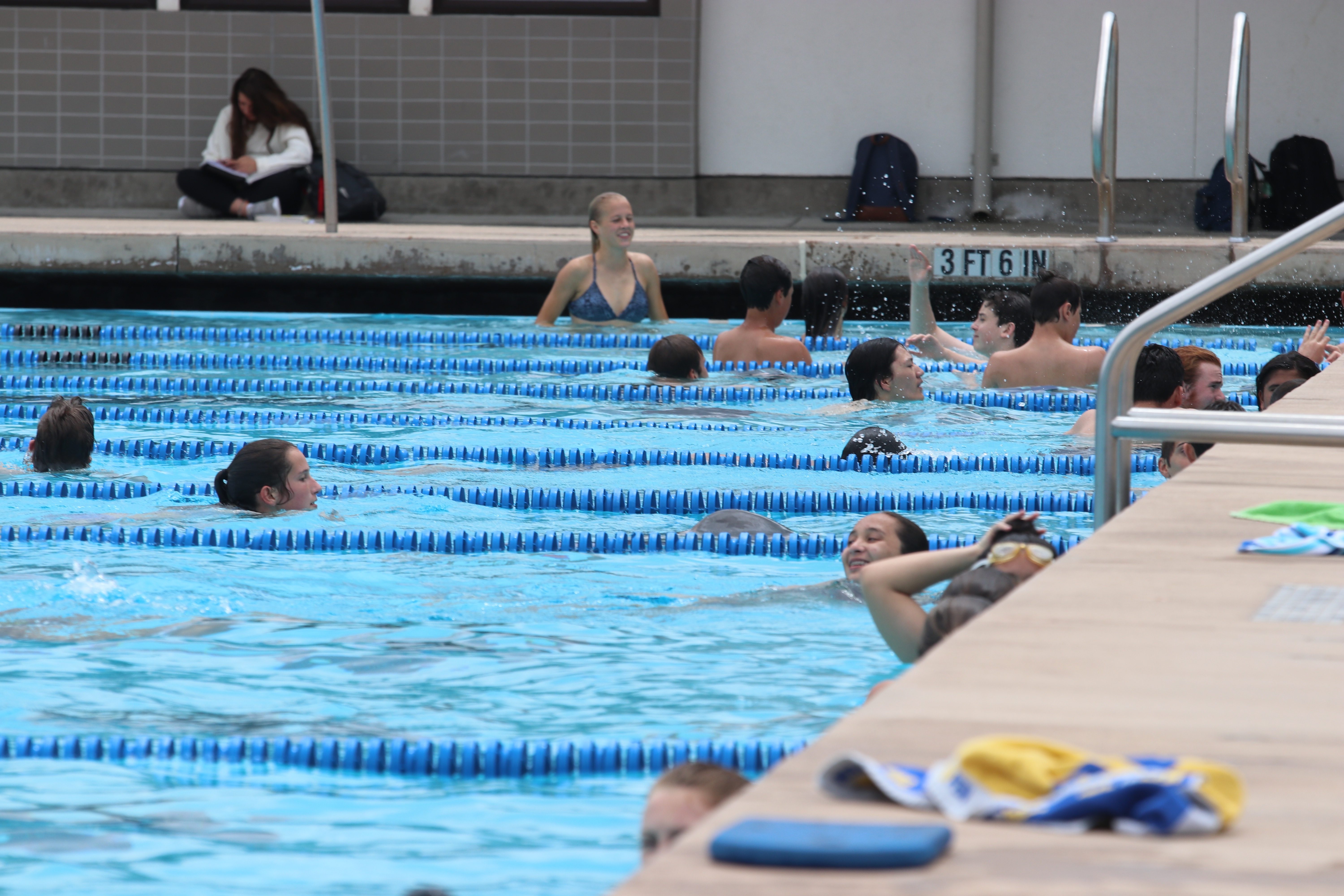