// As a child, senior Coco Basha did not know that her life would be heavily impacted by cerebral palsy, a neurological disorder than can affect movement, muscle tone, and posture. Most people with cerebral palsy suffer a general loss of gross motor control, which may cause an inability to speak, walk, or use one’s hands.

Almost 18 years later, Basha is designing t-shirts to raise awareness for United Cerebral Palsy (UCP) and to promote her passion for graphic design. 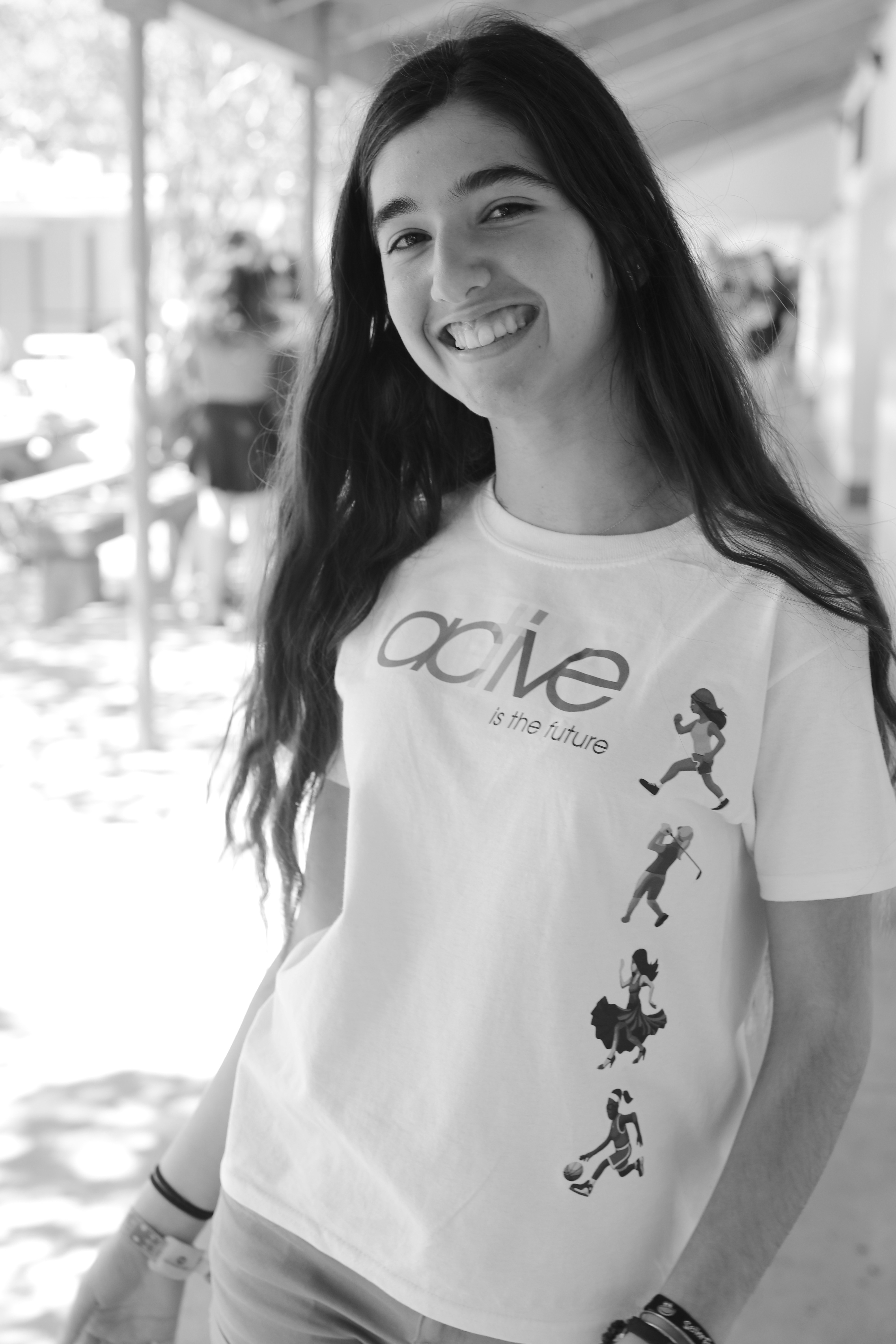 “I have mild cerebral palsy spastic hemiplegia,” Basha said. “My left leg and left arm are affected by it, and they don’t really have much gross motor skills because of hypoxia in the brain at birth.”

Basha explained that she has struggled with cerebral palsy her whole life. However, she feels the past year has been easier for her due to the wide-ranging support from family and peers.

For her Psychology class in the beginning of the year, Basha even centered her stretch mark project around cerebral palsy and its effects on the brain.

A stretch mark project is a task entailing Acalanes seniors to step outside their comfort zone. Basha claimed that if she mentioned her disease throughout her freshman or sophomore years of high school, barely anyone would recognized its name.

“In my previous two years of high school, cerebral palsy wasn’t known, but now it’s an ‘everyone knows’ kind of thing,’” Basha said.

Basha wanted to blend both her artistic talent and her personal life to create something meaningful for UCP.

“I want to make a difference. I want to get my art out there for a good cause, and I feel like people would appreciate art more when there’s a cause attached,” Basha said. “I want to pursue a cause that relates to me. I want something I believe in so strongly to make a change for other kids who have it more severe, with getting my art out there as a bonus.”

Although the idea has been in her head for some time, Basha mentioned that her initiative to create a T-shirt emerged just this year. She began taking Digital Design freshman year and has been compiling her work in an independent portfolio for the past two years.

Basha said cerebral palsy “doesn’t get as much recognition as other disabilities, but cerebral palsy can be very severe. There is no cure, and what United Cerebral Palsy does is help kids and helps find a cure using donations.”

Basha’s Digital Design teacher, Susan Lane, has helped along the way through years of instruction and even assisted Basha with finishing touches on the product.

“Coco has been working on a variety of designs for outside customers, too, and then she told me she was going to do this project and donate all the money. I thought this was a great idea,” Lane said.

She is currently collecting sizes for her $10 T-shirts and has approximately $200 in sales waiting to be made.

Basha’s T-shirts read: “Active is the future.” According to Basha, the slogan arrived naturally.

“I feel like it defines our actual future today. As we progress more in society, it becomes more active–everyone’s doing stuff and the world is moving so quickly–it’s kind of unnoticed,” Basha said.

Those interested in buying a T-shirt can reach Coco Basha through Instagram (@chanel.coco), through text (925) 408-7039, and through email at coco.basha17@auhsdschools.org, or coco.bashaa@gmail.com