// Following its March release, the Netflix series “13 Reasons Why” has audiences everywhere talking–for all the wrong reasons.

The story follows high school student Hannah Baker (Katherine Langford), who finds herself spiraling into depression after a series of traumatic events. Rated TV-Mature Audience for its strong dialogue and graphic nature, the series picks up two weeks after Hannah’s suicide. Struggling with the loss of his close friend, main character Clay Jensen (Dylan Minnette) finds closure in the form of a mysterious package. Its only instructions? He must listen fully and understand completely. Pressing play on the first of seven double-sided tapes, Hannah tells the story of her life, and more specifically, why it ended. The only problem–if you’re listening, you’re also a reason she died, and Clay is no exception. 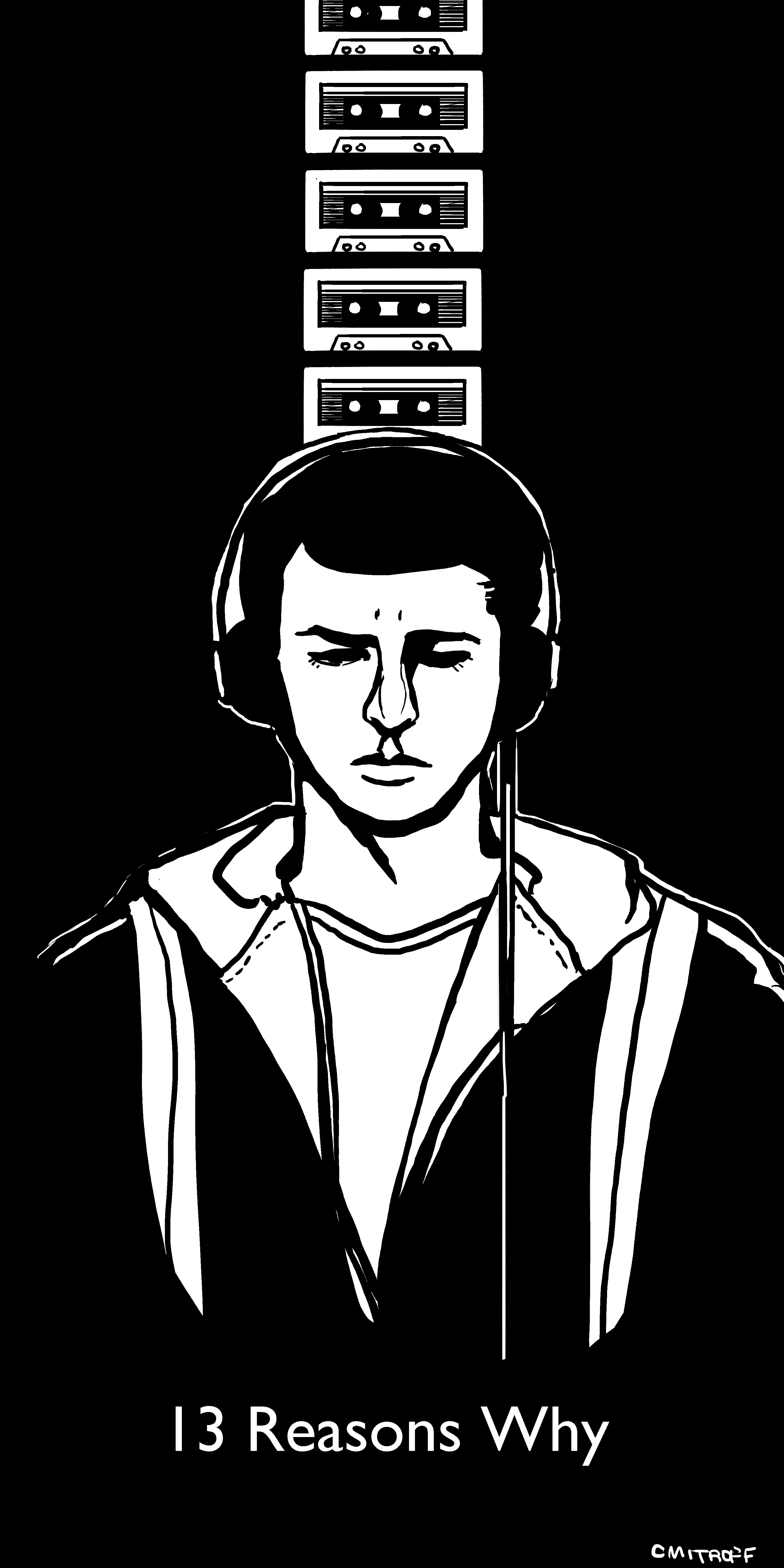 The 13-episode series, based off Jay Asher’s bestselling book by the same title and produced by singer-songwriter Selena Gomez, explores bullying and its role in teen depression among larger lines of rape, sexual harassment, cyberbullying, and substance abuse.

“13 Reasons Why” has already captured the attention of millions, becoming the most Tweeted-about show (thus far) of 2017 and Netflix’s most popular show on social media, according to The Washington Post. Unfortunately, while it has found success it has also found criticism, largely for its graphic depictions and glorified notion of suicide. Many believe its explicit nature pushes students towards self-harm rather than self-worth.

According to ReportingOnSuicide.org and more than 50 studies worldwide, media coverage of suicidal events increases the likelihood of suicide among depressed individuals. In addition, the risk of suicide dramatically increases among teens when exposed to graphic scenes of suicide or glorifications of such events.

In 2011 alone, the Contra Costa Suicide Prevention Committee reported 119 suicides, an average of more than nine individuals per month. Despite such numbers, “13 Reasons Why” screenwriter Nic Sheff told Netflix viewers in a follow-up episode “Beyond The Reasons” that the addition of Hannah’s suicide–which included lying in a bathtub, slitting her wrists, and bleeding to death–felt necessary to accompany the show’s candid feeling.

“I am glad that they showed it. I think it’s good that they are pushing us as an audience, because it’s forcing us to feel uncomfortable and forces us to have conversations we wouldn’t normally have,” Acalanes counselor Susan Martin said.

However, Martin also sees the drawbacks of including the suicide scene.

Besides its graphic depictions of suicide and rape, the show appears to condone vindictive behavior, portraying vengeance as an acceptable and effective way to punish others.

The logic behind the plot is sickening, if not completely incorrect. Each tape left by Hannah essentially “blames” a person for her death, and places an obscene guilt on its listeners. In defending Hannah’s choice to “blame” others, creators recognize revenge as a necessary measure and reveal suicide to be the only effective means of communication.

In fact, the show gives the impression that suicide is the only way to be truly heard. “13 Reasons Why” seldom acknowledges the relief and support system of friends and family, instead insisting it is your voice after death that’s most powerful.

When struggling, it is important to confide in others or seek help, yet the series fails to bring such concepts to light. Instead, trusted adults and advisors are overlooked as unresponsive or clueless. While true in certain situations, help and support is always available, wherever that may be.

“I think it’s important to model going and getting help as something that is okay, and even something that’s cool,” Martin said. “It’s that much harder to admit you need help, because you’re trying so much harder not to need help. The media just plays into those feelings, and I wish to see that cultural shift.”

Perhaps most concerning, the drama fails to properly educate young viewers on suicide, the show’s arguably main topic. Almost all victims of suicide suffer from a degree of mental or emotional disorder, and 30 to 70 percent of all suicide victims suffer major depression, according to Mental Health America. Yet the series neglects any notion of pre-existing conditions or disorders, instead contributing Hanna’s depression to bullying alone.

“In my opinion, I think ‘13 Reasons Why’ should have discussed mental health and suicide in the show, because it is a key cause in teen suicide,” sophomore Claire McNally said. “If people could better understand it, I think we would be able to help more people in the future.”

Of course, while the show fails to portray suicide correctly, “13 Reasons Why” deserves an applaud for its honest look at high school relationships. The series highlights components of school bullying and sexual harassment to form a truthful account of teenage life.

In one episode, the senior boys of Liberty High compile a list of the grade’s “worst” and “best” features, comparing the body types of different girls. In doing so, many girls become the subject of sexual harassment. Revealing how girls respond to objectification, the show successfully sheds light on the larger problem of body shaming. The show reminds viewers of the hardships that all girls have to overcome and intends to further prevent accounts of objectification. Additionally, the series gravitates towards topics of consent and alcoholism to further solidify necessary concepts.

Perhaps its most successful message, “13 Reasons Why” proves small actions have large impacts. What we say or do impacts peers in ways unimaginable, no matter its original intention.

Despite its many messages, however, the series ultimately fails to portray suicide accurately. In its lack of sensitively and censorship, the show triggers more feelings of depression than it does relief or support. Being the second leading cause of teenage mortality, producers must better represent and explore suicide within the entertainment industry, as not to upset or influence vulnerable teens.

Season 2 of “13 Reasons Why” returns to Netflix some time next year. Until then, viewers can only guess the fate of its beloved characters and plot.

If you need help or someone to talk to, call the National Suicide Prevention Lifeline at 1-800-273-8255, or visit your local counselor.