The festival was held on May 11, in the Acalanes High School front quad,where it began at 7:30 p.m. and ended well after 9 p.m. Participants and friends entered for free and were greeted with the familiar smell of movie theatre popcorn. Films were projected onto a large screen sitting near the center of the quad.

Acalanes Leadership teacher Katherine Walton encouraged her students to organize the event. Many of the films were submitted by students participating in the Video Production program, taught by Stacey Churchill at both Acalanes and Miramonte High School. 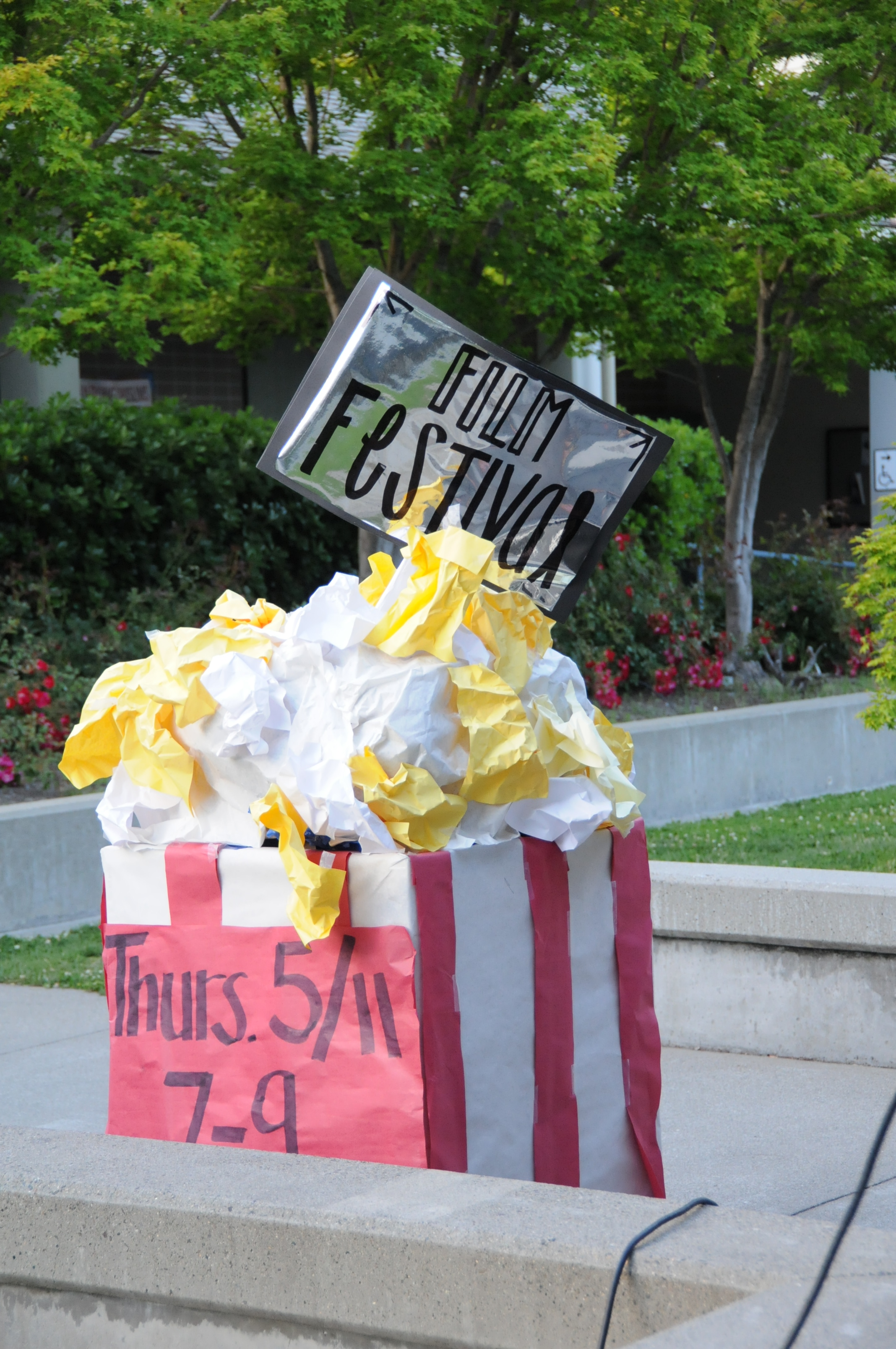 “The students in Leadership over the past couple of years have talked about doing more events that involve the visual and performing arts. Mrs. Churchill has done such a great job developing the Video Production classes, and the students have produced videos that deserve an audience. Thus, the film festival was born,” Walton said.

In order to submit their films, students had to meet certain guidelines. For example, films needed to be completed within the last year, contain original work, and be accessible via Youtube or Vimeo. Additionally, films had to be five to ten minutes long and include school-appropriate material.

Following the festival, audience members had the opportunity to vote on “The People’s Choice Award” through a Google survey link. The attendees chose Acalanes’ own senior Matthew Magnus’s film “Zero Hour” as the winner.

Magnus’s “Zero Hour” tells of young soldiers stationed at the Nike Missile base in Marin, California during the height of the Cold War.

At seven and a half minutes in length, it took the crew about two months to write, one day to design a set, and two days to shoot.

As a Leadership Tech Board member, Magnus plays a significant role in the process of creating the Acalanes Communications videos. In addition to the videos, the Tech Board also spent a lot of time and energy on planning this event.

‘I am really excited for the festival. My Leadership board and Student Life has put a lot of time into trying to make this a reality,” Magnus said prior to the event.

After claiming his award, Magnus felt proud to have seen his work on the big screen.

“I feel honored to be the Acalanes Film Festival’s first winner, and I’m really glad everyone enjoyed our film,” Magnus said.

Senior Isaac Evans entered two of his short films “Death Sells” and “All Your Fault.” Both stories explored themes of guilt and death through an unorthodox and psychologically thrilling perspective.

“Death Sells” revolves around a young man dealing with loss in the modern world, as filmed in the dark comedy genre. Evans’s second submission, “All Your Fault,” is a suspenseful mystery focusing on a string of near impossible events and untimely deaths, according to Evans.

“I think an annual film festival is a great idea that will promote future students to experiment in the medium and build a firm community for the school,” Evans said.

Another submission was junior Jack Lattin’s “Prom King,” an 11-minute film about a high schooler’s failed attempts to score a prom date.

Along with creative shorts, the festival displayed other genres including documentary-style films and music videos.

Junior Abey Lin, who starred in a Chinese blockbuster film earlier this year, directed his music video, “Wait, What Kind of Man?” Though his first debut as a director, Lin demonstrated his prior experience in the filmmaking and acting arenas.

“Ultimately I think that having had first-hand acting experience in a box office movie, as well as other short films and plays, was a huge, huge factor in the success of my film,” Lin said. “I think that it is extremely important to continue this tradition, as it really is an amazing way for students, such as myself, to express and showcase various talents.”

Many of these filmmakers enjoyed the creative outlet for their work, and hope to see the festival become an Acalanes tradition.

“The film festival was a great event,” Lattin said. “Student films are rarely seen by the Acalanes community, and I enjoyed how respectful the audience was.”