// One of Lafayette’s most iconic landmarks, the hill of white crosses facing Highway 24, almost became property of the City of Lafayette recently.

Charles Clark, the owner of the land, offered to give the 2.7-acre property known as “The Crosses of Lafayette Peace Memorial” to the City of Lafayette in a letter sent on Sept. 7. In the letter, he proposed the donation for tax purposes.

Five members of the Lafayette City Council met on Sept. 25 to discuss the proposal, with Clark in attendance. The City Council members voted with two in favor of hearing the donation and three against.

Therefore, the Council decided against even considering the donation, and did not add it to their future agenda. When an item is added to the agenda, it will go up for a public debate and the city will further investigate the matter. 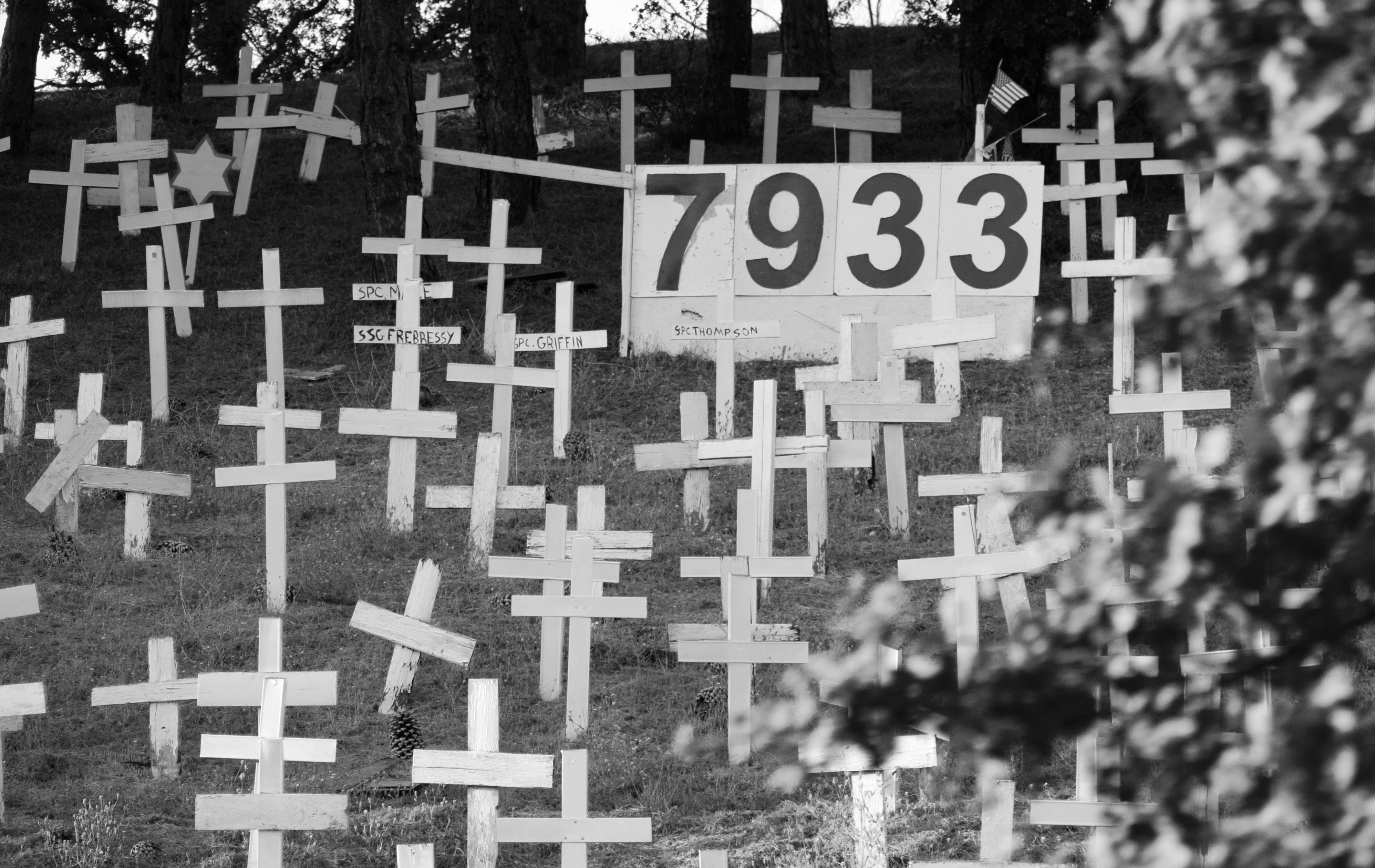 The Council ultimately decided not to hear Clark’s proposition to donate the land due to their many concerns, one of them being conditions of the donation.

Clark initially intended for the property to remain as the Peace Memorial. According to his letter, he also was open to the land becoming a city park or a metered BART parking lot.

“I have a vision for what I think should go there, but there’s a lot more people in this city than just me,” Clark said in the City Council meeting.

The first white crosses were erected in 2006 by Lafayette resident Jeffrey Heaton, who did not respond to an interview request, to honor the soldiers in Iraq. Despite controversy, the crosses have gained more acceptance and support, becoming an integral part of the golden Lafayette hills.

Another one of the main concerns that deterred the City Council from accepting the donation revolved around who would maintain the land if donated to the city.

The property is currently maintained by a group of volunteers, the Crosses Advisory Group, who meet regularly. They ensure the maintenance of the land, repair crosses, and organize vigils.

Also, Clark put a time restraint on the donation, originally hoping for the donation to be finalized by Dec. 29, 2017. Since there are only four more City Council meetings in left in the year, there is a tremendous amount of pressure surrounding the donation process.

However, the overriding burden involving the land is the crosses themselves. By law, public property cannot have religious icons on it.

“The Council doesn’t have a problem if private people want to do it, but it becomes a different question when you’re ask for that display to be on land that’s owned by all of us, not just one person,” City Manager Steven Falk said.

Falk specifically mentioned the Mount Soledad cross controversy, a 25-year-long court battle over whether a cross could remain on public land in San Diego. After two trips to the Supreme Court, the cross was permitted to remain. But it was a long, costly battle that the City of Lafayette would not want to fight.

If the land was received by the city and the crosses were taken down, the city is worried about receiving backlash from the community.

The land remains Clark’s property for now, unless he manages to successfully donate in the future.

After more than a decade, some Acalanes students are hopeful the memorial will continue to remain intact.

“I think that it is a respectable memorial that should be appreciated for honoring many people and that it should stay where it is,” sophomore Tori Wang said.