// Students at Acalanes express themselves in a variety of ways, but one interesting hobby that has proven to be quite compelling is filmmaking. Young directors like seniors Jack Lattin and Karl-Erik Mills are making movies that are hugely popular on campus.

For Mills, his passion for film started at a very young age.

“I think I fell in love with filmmaking when I saw ‘Butch Cassidy and the Sundance Kid.’ I must have been around four years-old, and I just became obsessed with movies and storytelling after that,” Mills said.

From early inspiration to high school success, these two student filmmakers have come quite a long way.

Lattin’s films are posted on YouTube under a channel called “Realworks Productions,” the name of Lattin’s production group. When creating movies, Lattin is involved in all steps of the process, from writing, to directing, to acting. Much of his inspiration comes from his own life.

“I really want to abide by the phrase ‘write what you know.’ I think that’s a really important thing. When you’re trying to tell an effective story, you should draw from your own experiences,” Lattin said.

For Mills, the same is true, which can be challenging. As full time students with limited resources, creating a compelling storyline can be difficult.

“I think the hardest part of filmmaking is writer’s block and that creative threshold to get past. It’s hard to become inspired and just stick with something,” Mills said. “It’s really hard to stay on one project for a long time.” 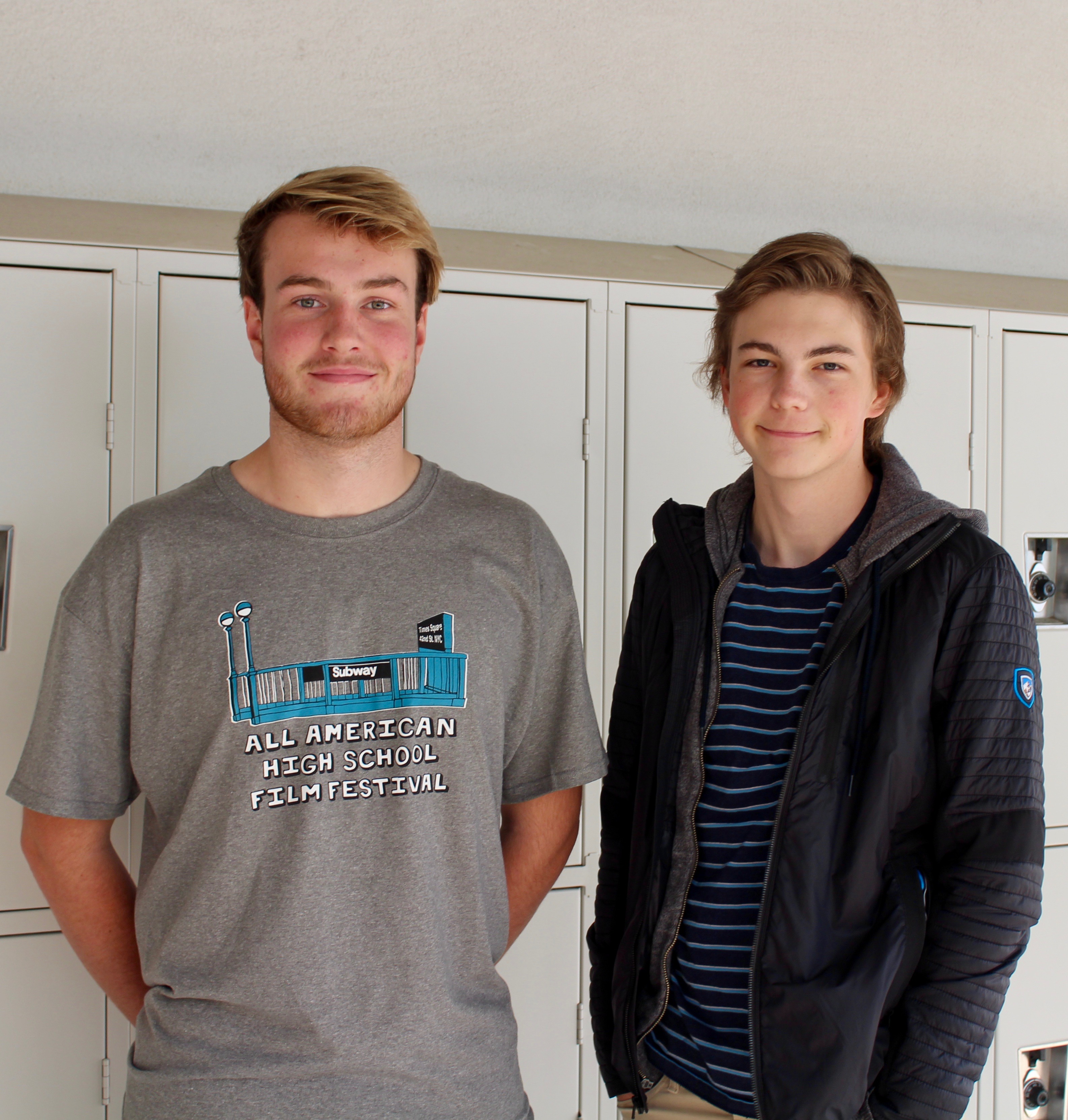 For both Lattin and Mills, making movies isn’t just something to do when they are bored, but a more meaningful passion. Many of Lattin’s films are “coming-of-age” stories that display high school desires, pains, and feelings that aren’t shown everyday.

To further capture the high school experience, most of the actors in Lattin’s films are students.

“Making the type of movies I like to make, the authentic films that depict real life experiences, you need to draw a genuine, down-to-earth performance from your actors, and I think that’s a particular challenge with people at the high school level,” Lattin said.

One of Lattin’s most labor-intensive movies is “Seelen Incepted,” a parody on the movie “Inception.” In this film, a group of students attempt to access their Acalanes teacher Ed Seelenbacher’s dreams in order to make him change a student’s bad test grade. With a variety of settings and thrilling fight scenes, this is an obvious action movie. As Lattin explains, the fight scenes are sometimes “unnecessary and pointless, but they’re entertaining to watch.”

“Prom King,” another one of Lattin’s popular films, portrays many aspects of the teenage reality. It is about a student who tries asking a number of girls to prom, getting constantly rejected. Rather than including action scenes and a thrilling plot, this film is meant more to show the struggles of an average high schooler.

Mills, on the other hand, has taken his filmmaking on a different route. He is more inspired by science fiction and fantasy, and his films tend to be more dramatic.

“I worked on a movie last year with some friends called ‘Zero Hour’ that was a Cold War drama. We converted my garage into a Cold War bunker set, and I thought that was a strong shoot, and it was very rewarding,” Mills said. “The finished product was very dramatic, so I was very happy with that one.”

While the films are purely created by students, that doesn’t mean that they aren’t high quality. Lattin stated that he bought a special camera, different lenses, an equipment bag, a recorder, and a tripod for filming high quality scenes. In all, this costed almost $3,000.

In addition to the cost, student filmmakers also dedicate hours of their time to their art. The entire process of creating one short film, generally a YouTube video that can be anywhere from one to ten minutes long, can take months of preparation.

“It’s usually several hours of planning, writing, and discussing. Sometimes it is months on end of editing and re-editing. And shooting will be for a couple of hours, and the editing is over a couple of weeks and that’s several more hours,” Mills said. “So it’s a lot of work to create something that’s even five minutes, but every hour is worth it.”

This hard work and dedication has paid off. Both Lattin and Mills have been honored on numerous occasions for their films, ranging from local recognition like the Project Lafayette Partners In Education (LPIE) Annual Awards to cross-country film festivals.

As the three-time Project LPIE first place winner for the Video Production category, Lattin is no newbie to awards. Mills, similarly, has also been honored at the Project LPIE competition.

Lattin recently submitted “Prom King” to the All American High School Film Festival in New York, which is the biggest high school film festival in the world. Lattin attended this festival from Oct. 6 to 8, but not for any prize that he could win in a competition. Instead, Lattin went to the festival as more of a learning experience.

In the future, Lattin and Mills plans on going to film school, and would like to continue their film careers with jobs in the movie industry. Both have ambitious goals for their filmmaking and hope to spread the beauty of their storytelling to a wider audience.