// After battling your way through the crowded hallway, you finally arrive at your next class, only to find that your teacher has not arrived. This situation is not uncommon because many teachers share a classroom and often bounce from class to class. Crowded hallways and commuting teachers both stem from the same issue: an impacted school.

According to Acalanes Principal Travis Bell, the restrictions placed upon inter-district transfers are relatively new and have had to be tightly enforced due to the impact on Acalanes. 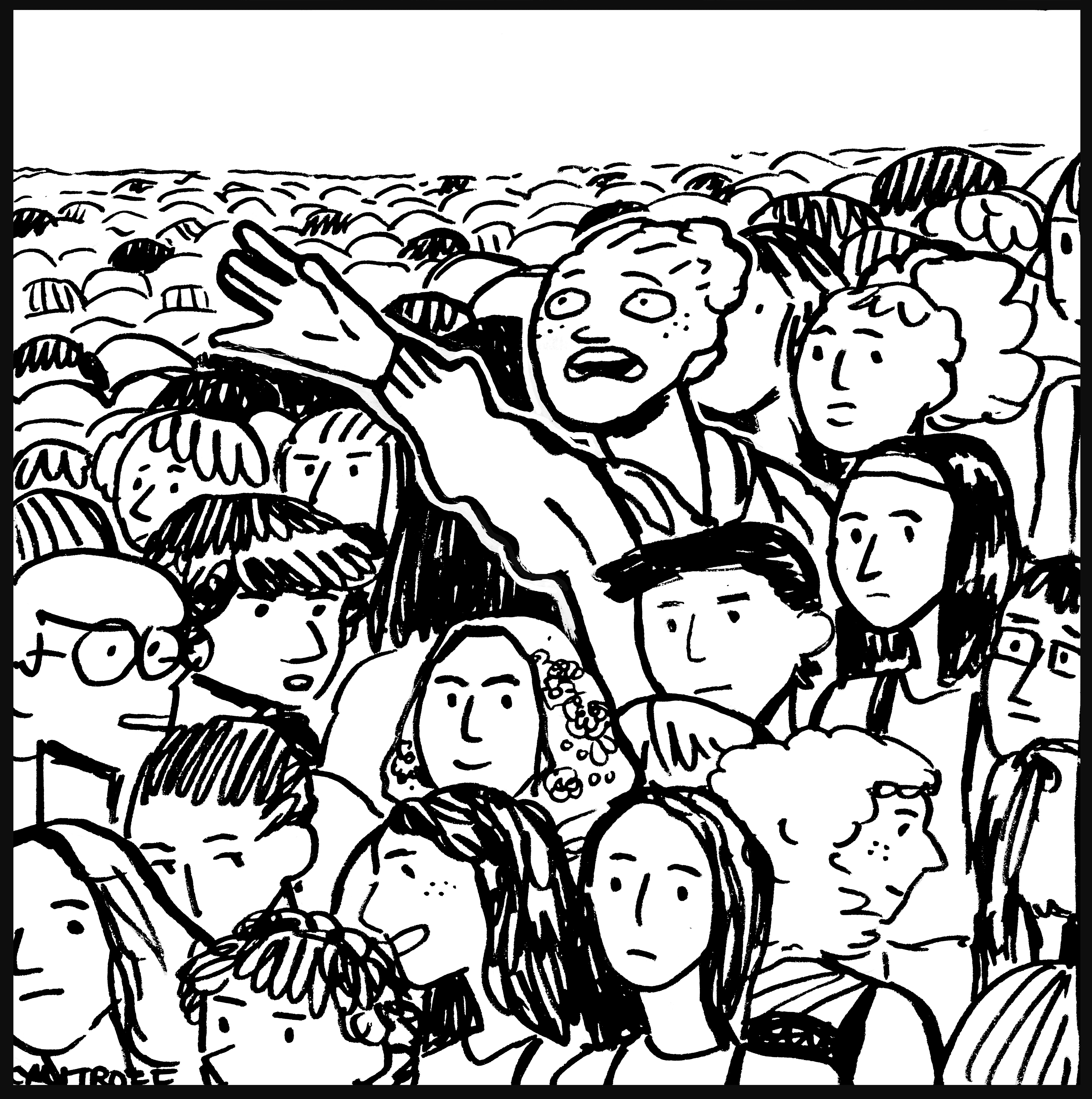 “Every year, they look at numbers and then make the determination whether we can take more students or not,” Bell said. “But I think with how tight we have gotten, there probably were more students coming in, and now we really have had to tighten down.”

Restrictions on inter-district transfers over the past couple of years have come about due to concern over the potential size of Acalanes, according to AUHSD Superintendent John Nickerson.

“I believe for the most part what was accepted were siblings of current students or children of staff members, so if they’re somebody who lives outside of the district but their family is already attending Acalanes, then exceptions were made,” Nickerson said. “But again, that’s on a space-available basis, so if there is no space then they won’t be granted.”

Although Acalanes is currently at a manageable population of 1,345 students, it wasn’t always that way.

“We know that when they get up to 1,400 students, it starts getting really uncomfortable. There was a time when we were projecting it to get up to 1,400 or 1,450, even 1,500 or 1,550,” Nickerson said. “That’s when we put some restrictions on the transfers coming from outside the district and that’s when we slowed down transfer requests. Now we have a handle on it.”

The effects of these restrictions are apparent in terms of the number of students Acalanes is taking from other districts. According to the Acalanes High School Registrar Emily Finn, only a handful of new students each year are inter-district transfers, a number that has been slowly declining with the rise of the population of Acalanes.

In graduation-required classes, the potential problem of impaction is extremely obvious. According to Bell, the class Living Earth, otherwise known as Biology, is an example of an overcrowded class.

“All students have to have taken Living Earth and that includes the freshmen last year who didn’t take Biology; those sophomores are now part of Living Earth,” Bell said. “So when you look at our science classes, for example, every science classroom is used pretty much every period and then you’re sharing classrooms with teachers, so you feel how in the Science Department it’s a really tight space and you don’t have much room to add.”

According to sophomore Kaylin Hiatt, crowded classrooms are not unique to Living Earth. In the beginning of the year, Hiatt was given the wrong elective, so she tried to change her schedule. Unfortunately, she had to stay in her original class because of the size of the class she requested.

Although crowded classes in these situations are not ideal, Bell explains that running a classroom with a small number of students, which would require more teachers and classroom space, would be fiscally irresponsible. According to Bell, he would rather run the classrooms tight with more students.

Although many students are denied spots at Acalanes, there are cases where exceptions are made. Such was the case for sophomore Jenna Grant.

“When my stepdad and my mom first got engaged, I was in first grade, which was a good year to start going to school in Lafayette where he worked,” Grant said. “We continued going to school out here up until middle school and so my parents and I thought it would be best if I finished my education in Lafayette.”

Although Grant’s stepfather taught at an elementary school in Lafayette, she was not guaranteed a space at Acalanes due to the overpopulation, but fortunately, she was accepted.

“It was easier for me going to school here since I had grown accustomed to the area since first grade and all my friends went to school in Lafayette. Acalanes has a much higher-ranked education than College Park, which is where I would have gone,” Grant said.

Sophomore Kaylee Pond is an example of a student who jumped through many obstacles in order to have her transfer request accepted by Acalanes. After hearing about the impaction at Acalanes, her family made the difficult decision to move from Martinez to Lafayette so Pond and her brother could attend Acalanes.

“The academics at this school are top in the state which is part of the reason why we moved,” Pond said. “It’s also closer to my dad’s work.”

Although many students from varying districts request to attend Acalanes each year, the district is not planning on changing its policy regarding inter-district transfers again anytime soon.