// Anyone who lives in the Bay Area is familiar with Bay Area Rapid Transit (BART). For decades, BART has given people a quick way to get around the Bay, but for passengers today, that kind of fast transportation comes with a price. With a marked decrease in quality over the past few years, BART is becoming an environment of uncleanliness and danger.

Numerous incidents have recently plagued BART. Throughout last year, multiple stories of mass robberies aboard BART trains were reported. Last October, a stabbing occurred at the Lafayette BART station, causing delays, fear, and hospitalizations. In January, a BART officer was involved in a shooting at the West Oakland BART station. One person was injured, another shot dead. More recently, there were major delays at the San Leandro station because of police activity in the area. 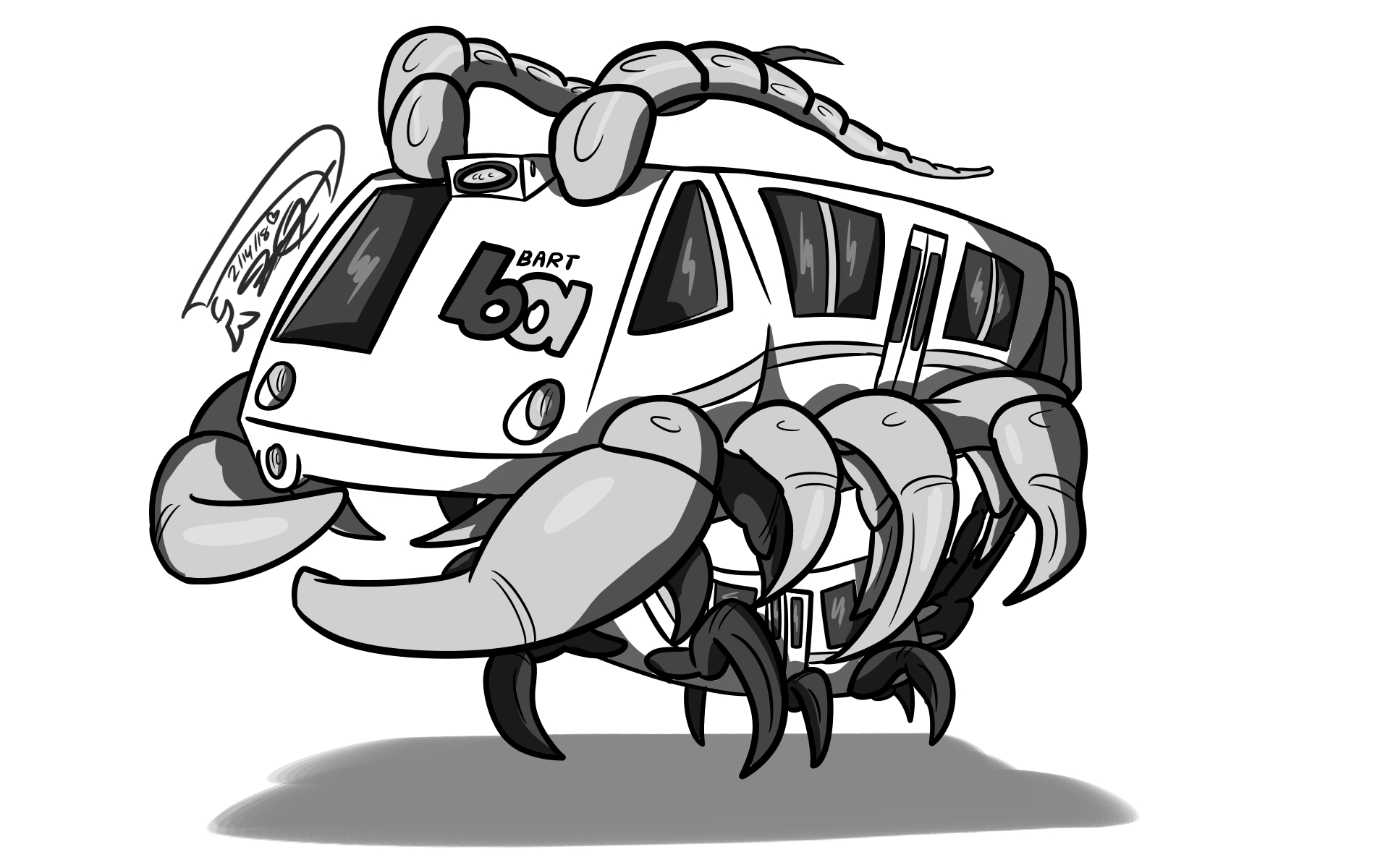 All of these events cause many students and kids in the Bay Area to refuse or fear taking BART when they want to travel to another city, a situation that I have heard about on numerous occasions. With BART off the table, people are forced to drive themselves or even ask a parent to drive them to their desired location.

Another poor aspect of the BART system is the trains. BART has been around since the 70s, and now the trains that were once state-of-the-art are the oldest operating metro trains in the United States. Some are dirty, noisy, and poorly maintained. To fix this, BART developed new trains, with numerous delays. The so-called $2.5 billion “Fleet of the Future” was supposedly put into service in January, but I haven’t seen any in use yet.

BART has taken up other projects as well to try and better their system. Construction at the Lafayette station has promised to improve the parking lot for passengers, but the only “improvements” are the reduction of passenger spots to make spots for BART employees. The construction process has also inconvenienced people trying to park in the area, being forced to drive along a maze of fences in order to get to the station’s entrance.

To fully assess BART’s condition, I took a firsthand trip on a BART train on Feb. 16.

I arrived at the Lafayette station in the morning and got on the train to San Francisco. It was not, in fact, one of the new trains. As I sat on the train, I could make a few immediate observations. I noticed a barefoot man lying asleep, taking up four seats.

The walls of the vehicle were scratched up, and the inside looked as dated as it no doubt was. Luckily, there wasn’t that much trash left inside my car.

As we passed by the graffiti-covered streets of West Oakland, I could feel the bumps of the train as it went along the rickety track. My ride was not very smooth, nor was it quiet. In comparison to other trains, the scrapes of the wheels on the track during the ride were ear-splitting.

On my way back from San Francisco, I boarded a car similar to the first. A man was sitting next to a large dog on one of the seats. BART does allow pets on their trains at no additional charge; however, these pets must be kept in a kennel of some sort. The man I saw had his dog sitting next to him.

I also witnessed a more unique aspect of BART on my trip. As I got on the final train, I saw two men board with a speaker. One was named “Volcano,” and they both began to play music and dance in the middle of the aisle for us as our train was moving. Seeing their talents, I decided to give them a dollar.

Countless daily passengers on BART like those I have seen are in tough situations. Everyone has a story that got them on BART. For some, they may not have a home to go back to, which is why they stay on the trains. But both BART and the cities that it goes through need to help these people and give them a better place to stay than on an old train. I have hopes that BART will improve its conditions in the future to better our towns and people.

There was a time when BART was the shining achievement in public transportation. Two weeks after the first trains began operation in September 1972, then-president Richard Nixon took a ride and exclaimed: “You know, it does look like NASA.” BART was then smooth-riding, quiet, and wonderfully futuristic.

I hope that BART will redouble its attempts at self-improvement to recapture that lost prestige.