// The chatter began in October—“How could we make beach volleyball a district-wide sport?” It came in whispers from varsity women’s volleyball athletes, echoing through the sidelines and up the gym walls, finally making its way to the parents, the coaches, and then the athletic directors. Of course, it was only chatter; wishful thinking even — until about a month ago.

After nonstop back-and-forth with schools in the Acalanes Union High School District (AUHSD), beach volleyball has found its way to the students of Acalanes, Campolindo and Miramonte, the only condition being the program’s complete disaffiliation from the district.

Already, beach volleyball is accepted as the fastest growing sport in California, Arizona, and Florida, with acknowledgment at the college level by the National Collegiate Athletic Association (NCAA).

With its growing popularity at the state level, it seemed logical players might try to bring the sport to Acalanes, yet one roadblock in particular made any reality impossible: the California Interscholastic Federation (CIF) rulebook.

According to both the CIF and North Coast Section (NCS), beach volleyball is not listed as an official sport in California, meaning it is not ‘sanctioned’ by either association to function as a normal high school sport.

“Without such sanction, the Acalanes Union High School District (AUHSD) will not recognize it as a sport in the athletic department,” Acalanes Boosters Co-President Karen Plessinger said in a statement to Blueprint last year.

Rather, beach volleyball would have to act as a ‘club’ sport, mandating that an advisor be present at all times and that players pay for their own equipment and court time. This in and of itself presented a problem for parent Jen Glass, who hoped to spearhead the campaign for a beach program after seeing its growing interest among Lamorinda students.

“We needed a faculty advisor that would be on site for every practice and tournament, and because we don’t have beach courts on campus, that was going to be a tough ask,” Glass said. “A faculty member would have to volunteer time to drive to Moraga Commons, so that was the main reason we couldn’t do club.”

This repeated shut-down at the school level led Glass to turn to options independent of the school. After a short introduction to Fabio Ribeiro, who helped form the Northern California High School Beach Volleyball League, the switch was only natural.

“I found out about the NorCal Beach program through Fabio, and we were very interested and thought that would be a fun option for everybody,” Glass said.

According to their website, the NorCal beach volleyball league was founded to “support high school girls compete against one another using a club format in association with the Amateur Athletic Union (AAU).” As of today, 24 schools participate, with seven league teams playing in the East Bay division. In his interview with Blueprint, Ribeiro admitted he saw NorCal Beach as an opportunity to bring the sport to the high school level.

“Beach volleyball is one of the fastest growing sports collegiately speaking. There are many colleges that offer beach volleyball, and the Bay Area probably has the greatest concentration of colleges with beach volleyball right now,” Ribeiro said. “We thought that it would be a natural thing to have high school teams as well, so we could promote the sport and kids could play.”

After initial contact with Ribeiro, parents of the Acalanes, Campolindo and Miramonte volleyball program continued trying to work with the school boards, only to find their efforts again shut-down. This encouraged an alliance with Lafayette Moraga Youth Association’s (LMYA) volleyball sports commissioner Eric Standring.

“LMYA had a lot of court time signed up, and as a sign of goodwill to the community, [Eric] offered to share that time,” Glass said.

With LMYA’s financial assistance, the program was finally up and running. Standring also offered to act as a temporary stand-in coach, completely kickstarting the program.

“I think that players enjoy learning a new version of a game they already like and I think that as we keep going and start tournament play, people will start to love it even more,” Campolindo junior Elizabeth Canon said. “The cooperation between the three schools is really helping, and I’m very excited for us to start competing with other schools and to just get more people involved in the sport.”

Currently, there are roughly 20 players from Acalanes, 12 players from Campolindo, and 13 players from Miramonte High School participating. Each school practices one day a week at Moraga Commons, with a combined practice on Mondays.

Five teams of two will play at three local tournaments, with three of those teams playing for points and two playing for exhibition. 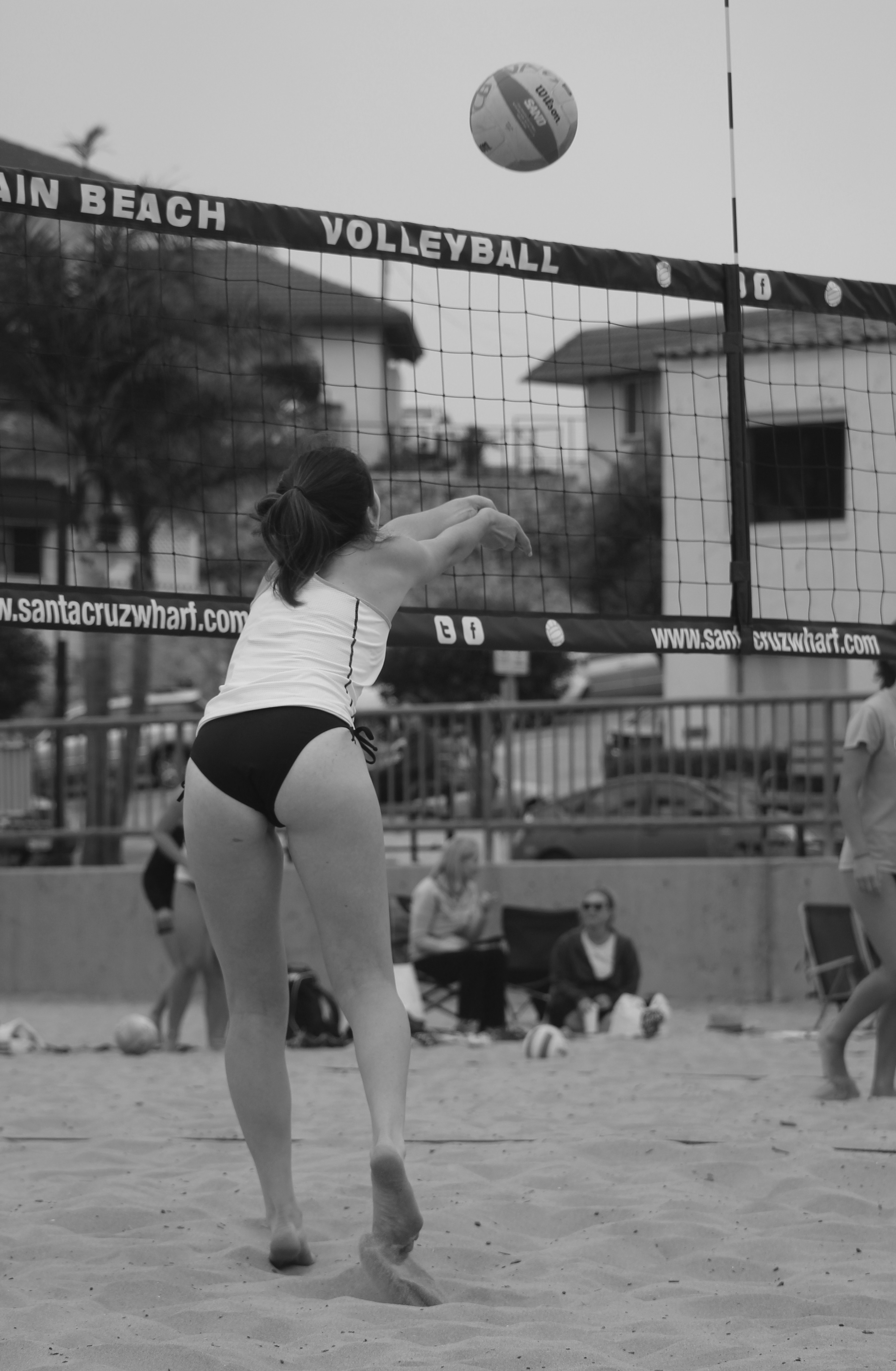 “It’s just really relaxed, which I think that a lot of the girls appreciate, because there are a lot of girls that are playing indoor as well as doing the beach team,” Acalanes junior Elsa Clever said. “What we can all appreciate is that it’s just a nice one to two hour thing you do once a week. It’s just a destressor in that you get to play casually, and there’s no pressure.”

There are still many loose ends to tie up before the season truly kicks off through Mar. 6. Equipment, balls, and jerseys still need to be purchased for players.

“Right now, it’s totally grassroots,” Glass said. “I think ultimately we want to get our own coach that we pay for, and hopefully we even do that next year.”

Regardless, it seems the new Lamorinda beach program won’t be going anywhere anytime soon. If anything, the program will only grow.

“I think in the future there will be some kind of organized high school league, but whether or not there’s going to be a CIF sport? Well, I just don’t know,” Ribeiro said.