// Just over two weeks ago, 15-year-old Peter Wang died a hero at Marjory Stoneman Douglas High School in Parkland, Fla. He was holding open the door for his classmates to escape a hail of bullets. Six days later, he was posthumously accepted into the West Point Military Academy Class of 2025, fulfilling his lifelong dream.

This is the kind of heartbreaking, soul-crushing detail that should shake us all from our positions of lethargic passiveness.

It’s too easy for people unaffected by school shootings to deconstruct the victims. This may be because we only see tiny parts of their lives chronicled in the media. We condense years of these victims’ experiences into two sentences in an article or a quick blurb on the television.

We hear them described as a son, a sister, a basketball player, a “Star Wars” fan, or a stellar student. But by distilling the humanity of these victims into pithy statements, we allow ourselves to forget them in the archives of American mass shootings.

We must remember: they were human beings. They lived and breathed and had aspirations, pains, joy, suffering, and confusion—like you and me, each had a vibrant, multi-faceted life. The difference is that theirs were cruelly cut short by gun violence, every single moment of their future erased by the bullet of a madman’s gun.

Because of the frequency of American mass shootings, we’ve accepted the cycle of mourning, inaction, and a lack of justice for broken families.

This is a cycle we must break. As a society, we have failed ourselves. We have created a thus-far unsolvable problem and yet also refuse to adopt solutions.

When we talk about surviving a school day, we mean enduring tests and impending due dates—we don’t mean literally surviving school days with our lives intact. But our reality is one in which toddlers and teenagers are murdered alike, and the leaders we count on to protect us sit back and count their blood money by the millions. 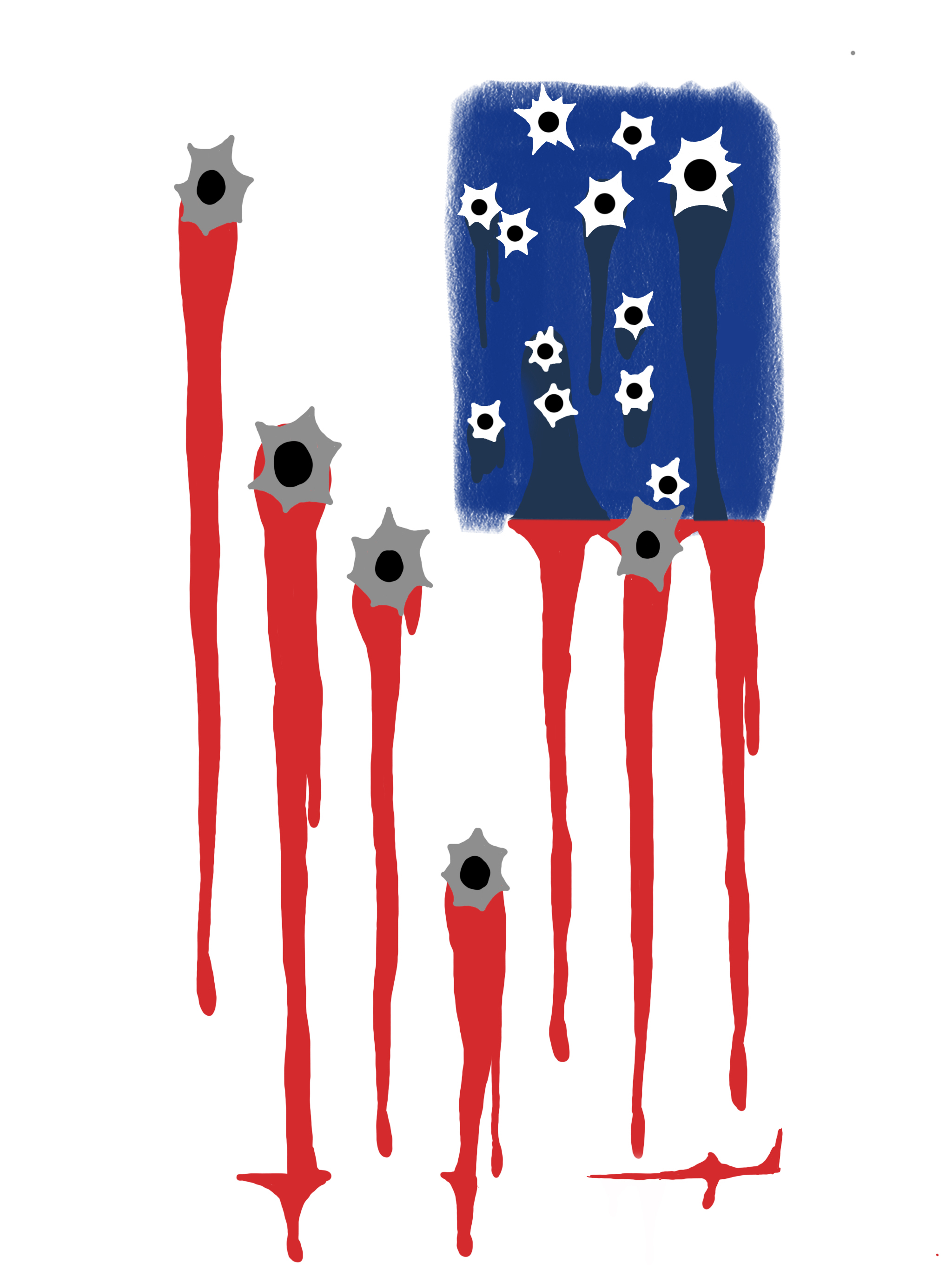 If the older generation had any inclination of preventing mass shootings, they’d have done it already. Their capacity for action, or more accurately, inaction, has become painfully clear. Every time a mass shooting occurs, the same arguments resurface yet nothing gets done. We can no longer stand by as our brothers and sisters and sons and daughters are slaughtered, especially when that slaughter occurs in the hallways of our schools.

We are tired of seeing slack-jawed pundits proclaim that there’s no way to predict or stop gun violence. We are tired of hearing the Second Amendment—written more than 200 years ago without knowledge of the destructive potential of today’s killing machines—cited as a reason for defending the ownership of firearms that can butcher en masse in seconds. We are tired of seeing spineless politicians get paid off by the NRA and laugh their way to the bank along a road paved with innocent blood. We have no patience for the inert leadership that’s running our country into the ground and sacrificing lives at the cynical altar of profit.

The brave Parkland survivors repeat the same lines: How much blood money is worth the lives of our citizens, of our children? How many more must die?

We frequently hear idiots say that gun control supporters haven’t given the nation enough time to mourn, that now is the time for thoughts and prayers, not political debate. Those people ignore the fact that we have mourned. We mourned for Columbine, and Las Vegas, and Sandy Hook, and Aurora, Virginia Tech, Orlando, Sutherland Springs, San Bernardino, Fort Hood, and the countless other sites of senseless massacres at the hands of cruel killers and, ultimately, guns.

Rather than address the failures of our gun laws, we’ve resorted to bulletproof desks, active shooter drills, the reliance on the pseudomyth of “the good guy with a gun,” and armed guards on campus. While mass shootings may not account for the main or even a large percentage of American gun deaths, we dare you to look into the eyes of those Parkland families and tell them that their losses mean nothing. We dare you to be as shameless as the Florida legislature, who rejected a ban on semiautomatic guns and high-capacity magazines while Parkland’s survivors sobbed in the gallery.

Mass shootings have become a part of our lives—our parents can no longer promise us we will return home from school. We nervously plan escape routes, barricade formations, and hiding spots. We ask our teachers to protect us. The question isn’t, “Will a school shooting take place here?” but instead, “When will it happen, and how many will die?”

So we are tired of thinking those thoughts, tired of crying, tired of sending thoughts and prayers, tired of walking onto campus the day after another shooting just to realize, “That could have been Acalanes.” So yes, we have mourned for Parkland. But this time, we will not just send our prayers. We will send our calls to action. We are done mourning. No American should have to mourn again.

We cannot resign ourselves to being the generation of mass shootings. We cannot become a country that values the right to own a gun more than the right to survive the school day.

As the American youth, we have spent too long allowing out-of-touch politicians and adults speak for us. In school shootings, we are the ones most at risk. As the next generation of adults, we refuse to allow the violence to continue.

Millions of students will soon turn 18 and must exercise their right to vote. We implore our peers to take a stand not only against loose gun laws that cause these massacres, but also against insulting the memory of fallen Americans through inaction. We can no longer let the politicians who have failed to represent our best interests speak for us. We must shame them into action, or we will vote them out. We refuse to be helpless.

And while you may be hopelessly desensitized to mass shootings, remember that no progress comes easily. Teenage students are spearheading this battle. We must follow their lead in a national conversation on how easy it is to acquire a gun and take lives with it. We are not telling you to join us; we are telling you to fight for your right to live.

So to you, the cowardly American politicians with our blood on your hands, we give you this warning: beware. You, the hypocrites of Capitol Hill, can tell us the issue is mental health while stripping away mental health support programs and laws that limit the mentally ill from accessing guns. You, the heartless elected officials who are complicit in this senseless sacrifice of life, can continue to lie to us that the problem isn’t guns. But your days in power are numbered.

Your spinelessness and disingenuous “mourning” cannot stem the tide of youth and our unbridled determination for change.

And to you—Emma Gonzalez, Cameron Kasky, Jaclyn Corin, David Hogg, and the other defiant Marjory Stoneman Douglas students pushing for change—we say this: we are with you, and will be until this hard-fought war for gun control is won. We will support you in walkouts and boycotts and protests. We will vote with you against the inept politicians who allow these massacres to happen. Because you are not just survivors—you are our future leaders and policy-makers. You are the hope of our nation.

We stand with you, and we urge our readers to as well.