// After months of practice and four long weeks of competition, the Acalanes Mock Trial team placed third in this year’s competition. On Tuesday, Feb. 20, the team competed for their final time against Monte Vista High School, bringing home yet another trophy.

The team began practice in the fall of 2017, convening twice a week to train under head coach Joe Schottland and assistant coaches Harlin Grossman, Michael Carter, and Coley Fannin.

A network of committed coaches worked with the students for months to improve their skills. 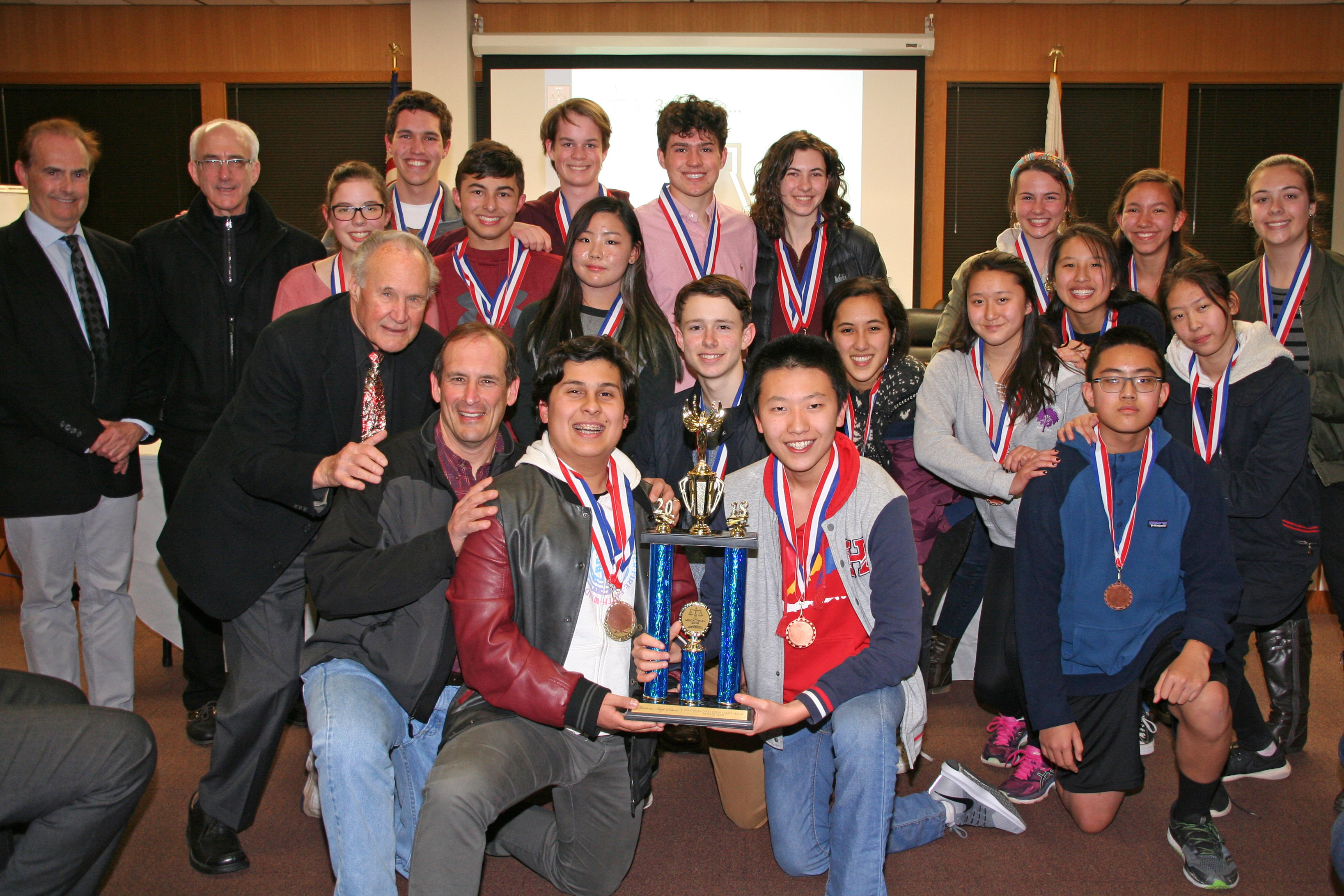 “The coaches bring all of their own experiences, and it’s amazing how they piggyback off each other. It gives us the ability to really hone their skills and make the team better,” senior Jonli Keshavarz said.

The team practiced consistently for months, even coming together on New Years’ Eve and Super Bowl Sunday.

“We mostly learned about technical stuff, like objections; and we went over the case and the timeline and everything,” freshman Jamie Lattin said. “Since we have a prosecution and a defense side, practices mostly consist of running through the case.”

According to Keshavarz, the team was down one attorney on the defense counsel, which required the team captains and the other lawyers to step up to the challenge.

Throughout the year, the coaches and captains Mary Kleinsmith and Hallie Fang-Horvath worked to develop the crucial dynamic between attorney and witness.

Mock Trial competitions began in early February with two weeks of preliminary rounds. The Acalanes team won all four of their matches in the round, placing them in the first seed for the next round. Placing well in the preliminary rounds meant facing easier competition in the knockout rounds.

According to Keshavarz, Miramonte High School was often a recurring dominator of the competition, but an upset in the knockout round left Miramonte defeated by Alhambra High School. The Bulldogs then faced Acalanes in the semifinals, having already lost to them the year before. Acalanes worked hard but was taken down by Alhambra and set to play in the consolation match to play for third place.

“We were kind of disenfranchised after we lost to Alhambra because it was a very close match, and last year we beat Alhambra for third, so there was some history between our two teams,” Keshavarz said.

After losing in the semi-finals, coach Joe Schottland urged the team to keep their heads up and to keep fighting. After months of hard work, the team was determined to get third.

“Obviously we were going for first, but we were proud of ourselves since it was a lot of work. We were definitely happy,” Lattin said.

Acalanes’ third-place finish out of 16 teams was consistent with previous years, and even exceeded expectations for the year.

“The hard work paid off quite well, as we were 5-0 and then we went to the semi-finals and then the consolation match,” Keshavarz said.

After ending the season on a high, Schottland is already excited for next year.

“I think we got a great up and coming team young team, freshman and sophomores and that bodes well for the next two years,” Schottland said. “ I think that given the right team, the right set of circumstances, given a little bit a luck, I think we can take any team.”