// The Los Angeles Clippers brass staged a mock jersey retirement on July 1, 2017 as part of a pitch to All-Star power forward, Blake Griffin, in hopes that it would inspire Griffin to re-sign with the team. The faux-ceremony came complete with the voice of the public address announcer and the hoisting of an actual banner.

However, the Clippers informed Griffin 213 days later that he had been traded to the Detroit Pistons, a slap in the face to any such designs that would culminate with Griffin’s #32 being raised to the rafters at the Staples Center, to the tune of thousands of Clippers fans.

The next day, superstar Cavaliers small forward, LeBron James, reacted strongly to the trade between the Clippers and the Pistons, saying that “When a player gets traded, it’s ‘They was doing what’s best for the franchise’. But when a player decides to leave, it’s ‘He’s not loyal. He’s a snake. He’s not committed.’”

LeBron’s proclamation ignited a controversy about the meaning of loyalty in a billion dollar industry in which its employees routinely make seven or eight figures: the professional sports business.

Take LeBron’s story, for example. Beloved by the people of Cleveland from the time that he was drafted #1 overall straight out of high school, up until he took to an hour and fifteen minute long television special creatively titled The Decision to announce to the world that he was “taking his talents to South Beach,” and signing with the Miami Heat.

LeBron was immediately vilified by the Cleveland people and media, his jersey was burned, and his name was cursed all throughout Ohio. 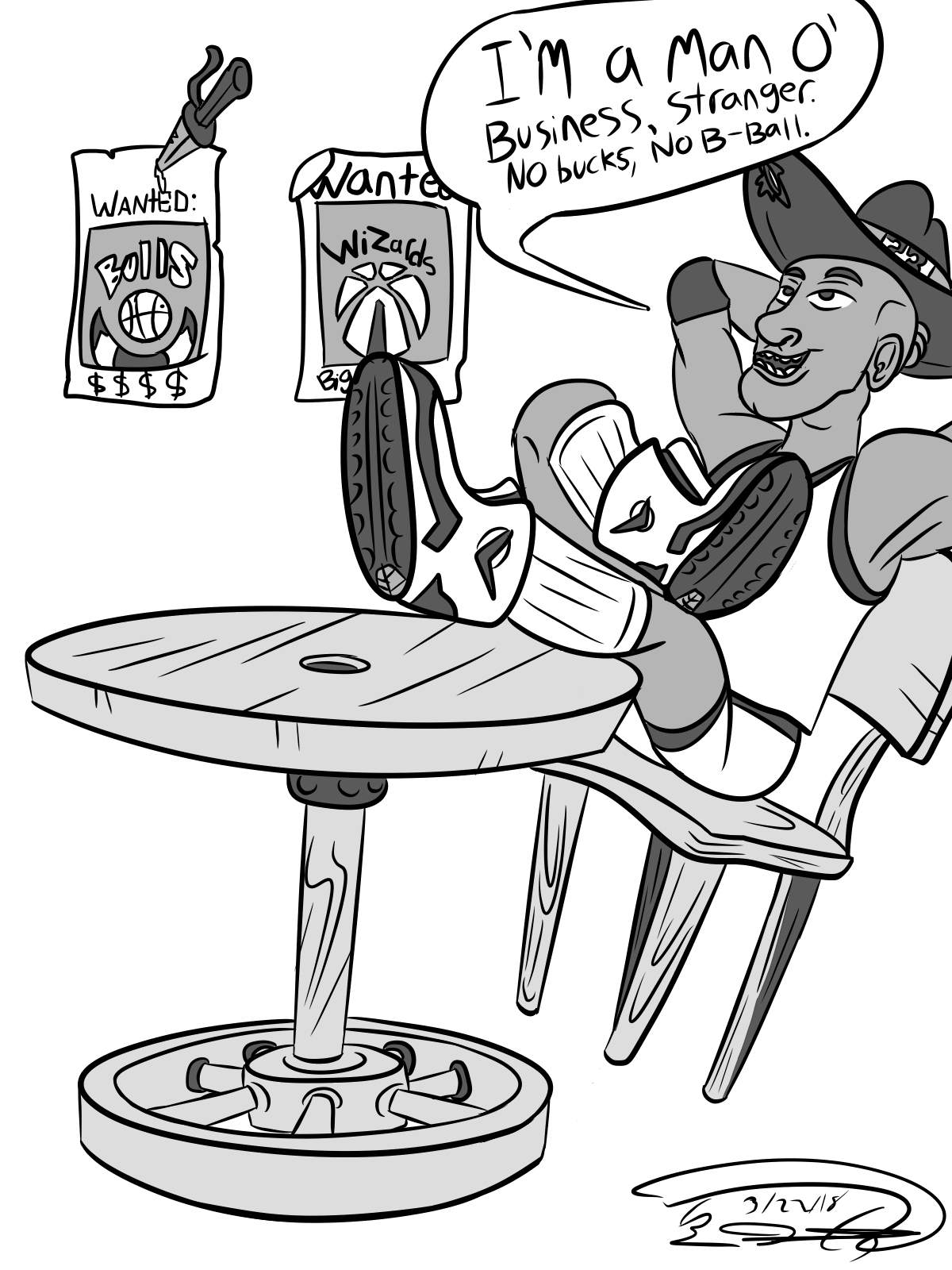 Yes, announcing one’s own free agency signing on television over the course of an hour is pompous. And yes, it is perfectly okay to question the impact that a move such as that has on a player with LeBron’s legacy, a legacy that many felt meant staying in Cleveland for his entire career.

However, to expect or to demand loyalty from any professional athlete for any reason is flat-out wrong, for two reasons.

For one, professional sports is, as the saying goes,“a business.” Real money is at stake, and athletes’ livelihoods are impacted by where they work, with whom they work, and how much they get paid, just like everyone else in this world. Professional athletes should be able to make the right decision for themselves without having to fear being called a “snake” or a “sell-out” on Twitter by 12-year-olds.

One such “snake” is All-Star small forward, Kevin Durant, who took the old adage that “if you can’t beat ‘em, join ‘em” quite literally and signed with the Golden State Warriors after his Oklahoma City Thunder team blew a 3-1 series lead to the Warriors in the Western Conference Finals in 2016. Twitter, along with sports talk show blowhards like Stephen A. Smith lambasted Durant, calling him “soft” and a “cupcake”. Many members of the sports world saw the move as a cop out on the part of Durant, but at the end of the day, people have to just let the man live.

The second reason is that the same loyalty that is expected of professional athletes is not often returned by owners and even fans. As the saying goes, “Peacock one day, feather duster the next.” The moment that professional athletes begin to decline, the security of their jobs comes into contention, and rightfully so; they are being paid millions, after all.

Former NFL quarterback Peyton Manning, the only man to ever win four NFL MVP awards, and who spent 14 years playing in Indianapolis, was unceremoniously cut from the Colts in 2012 because of an injury to his neck that he ended up recovering from. All that any sports pundits could muster about the shocking release of Manning were half-hearted platitudes about how sports is a “business”. One thing is certain, however. Had Peyton Manning decided to leave Indianapolis of his own accord, it would have produced a scene eerily similar to that which occurred after LeBron’s decision in 2010.

This is all not to say that loyalty in pro sports isn’t something to be cherished, and that the concept of a Hall of Fame inductee who has no trouble picking a hat to wear during his inauguration because he’s only ever worn one hat isn’t alluring, because it is. However, while it is refreshing to see guys like Derek Jeter play out his entire career in New York, or Kobe Bryant get two jerseys retired in Los Angeles, that sort of devotion to one franchise and city should be considered a welcome sight, and not an expected norm for every professional athlete to live up to.