// Walking down the street or navigating the hallways at school, it seems like nearly every passing face is buried in a cell phone.

According to a study updated by Pew Research Center this past February, cell phone users make up the overwhelming majority in America; 95 percent of the adult population are owners of the devices and 77 percent of that number own smartphones in particular.

A 2015 Pew study revealed that 46 percent of American adults claimed that their smartphones were something they could not live without.

This dependency is known as nomophobia, meaning no-mobile-phone-phobia, or a fear of being without a cell phone. While this dependency may seem minor from a distance, many cases of cell phone reliance suggest a deeper rooted issue falling beyond a mere fixation and entering the realm of addiction.

The science behind cell phone addiction is a topic of conversation in Acalanes Psychology classes, as well as the semester long Human and Social Development (HSD) course which made its debut this school year.

The stem of this reliance is not unlike that of other dependencies. Like any addiction, from drugs to alcohol to gambling, cell phone addiction results from the release of dopamine, the chemical associated with pleasure, within the brain.

Phone use can trigger this dopamine release for various reasons, ranging from excitement after receiving a certain number of “likes” on a post to getting a text message from someone of interest. When these intriguing events occur and provoke the release of dopamine, the brain is then inclined to seek the same good feelings again and again, thus qualifying the process as an addiction.

“All of our ‘happy chemicals’ are not designed to be on all the time, they’re designed to reward you with a good feeling when you get a step closer to meeting a need, and then the chemical is gone and you have to do more to get more,” Loretta Breuning Ph.D. said. Breuning is a writer for Psychology Today and author of Habits of a Happy Brain: Retrain Your Brain to Boost Your Serotonin, Dopamine, Oxytocin, and Endorphin Levels.

According to Psychology and HSD teacher Lauren Allen, the HSD classes explored cell phone addiction to transition between their units on Drug and Addiction and Wellness.

“As we were finishing looking at drugs and dopamine and all of that related to drug use and drug addiction, I thought I would explain how some of that addictive behavior can happen with everyday things like cell phones,” Allen said.

The strategic design of smartphone applications suggest that the addictive quality of smartphones stems from the design and nature of the many available apps.

“The design of some of our apps has been intentional to trigger the dopamine center,” Environmental Science and HSD teacher Jada Paniagua said. “That’s what gets people to go back to that app.”

App creators often employ the dopamine center of consumers to their advantage by tracking user activity.

“Sometimes what happens is the apps actually start to track when you’re most likely to be checking your social media and they’ll give you surges of ‘likes’ at the times of day when it’s most likely that you’re going to be checking them,” Allen said. “The goal is that by giving you surges of ‘likes’ all at the same time, it will actually increase your dopamine more and make you want to do it again and keep using the app.”

Social media platforms play a key role in the addictive nature of cell phones, as they are often the outlet through which users can experience social interactions and validations which trigger the dopamine release systems. Instagram, a popular picture-sharing social media platform, is an example of this, according to psychotherapist for The Center for Internet and Technology Addiction Nadja Streiter, LMSW.

“Instagram bundles up your ‘likes’ based on an algorithm. So, you’ll post something on Instagram and you will be compelled to want to check to see how many people like it. When you check that or when you get that notification, you’re getting what they call a dopaminergic innervation from that,” Streiter said.

Not only does the good feeling associated with “likes” leave social media users wanting more, but the mystery surrounding when those “likes” will come keeps users checking their phones, making their use increasingly frequent; a habit which can grow into addiction.

“It’s the dopamine that’s also combined with something called a variable reinforcement schedule. Because you don’t know when these things are going to happen or if they’re going to happen at that moment that you go to pick up your phone, you’re compelled to keep checking and checking,” Streiter said.

Social media gives users freedom to sculpt the self image which they wish to present to the public, adding to the appeal. 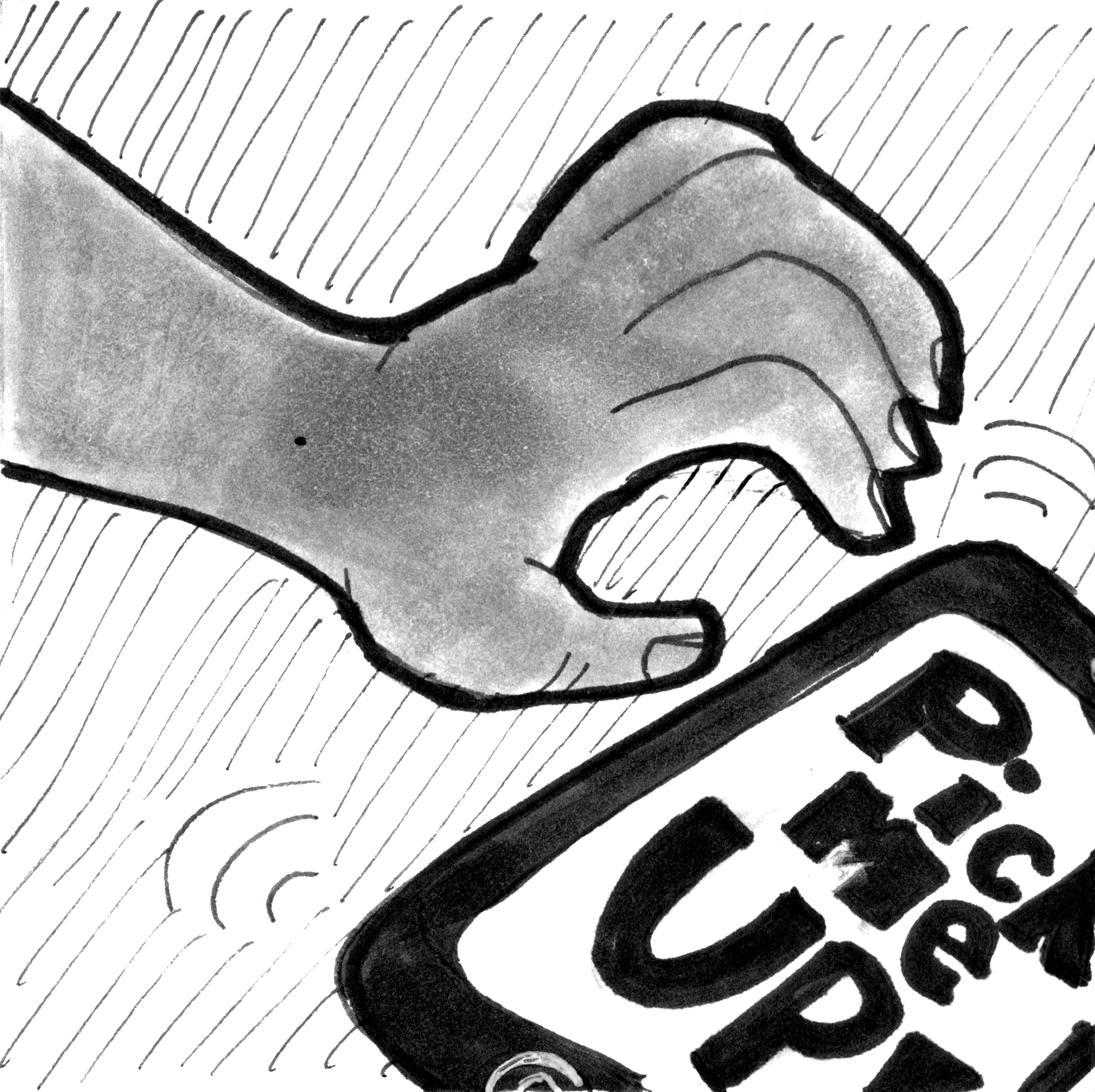 “Social media gives people a platform to create an online persona, which i think is extremely appealing to high schoolers as it allows us to visually define who we want to be,” sophomore Camryn Langley said.

Langley added that she tracks her cell phone usage through an app called RealizD. The app concludes that she spends around a half an hour on her phone each day.

As social media outlets allow users to put nearly every aspect of their lives on display in this manner, they produce the opportunity for social comparison, which contributes greatly to their addictive nature.

“I think it’s important for people to understand the animal urge for social comparison. People are constantly comparing themselves to others and then reacting emotionally to that,” Breuning said.

When this comparison of peers happens through a device, however, it can create grounds for users to compare themselves to and strive for unattainable or falsified standards seen online.

This divide created when social comparison takes place through a screen provides a potential link between obsessive cell phone use and depression, as depression rates in teens have skyrocketed alongside social media’s rising popularity. However, widespread social media use is still too new to determine its direct relationship with depression.

“We don’t know if depressed teens are more likely to use social media because they’re lonely and having a hard time and so they turn to that as a way to cope, or if it’s that social media actually leads to depression,” Allen said. “I think it’s almost too early for us to know for sure the effect it’s having because social media hasn’t been around that long.”

The stereotyped link between cell phone addiction and teens in particular is widely speculated. Some believe that the issue is most prevalent in teens because they’ve grown up with the technology.

“I definitely think most people in our generation have a diagnosable addiction to their phones. I think a lot of this is due to the fact that most of us grew up with phones,” Langley said. “I got my first iPhone in 6th grade and ever since then, my social life was centered on social media and staying connected.”

Sophomore Marcelo Guerra gave thoughts similar to Langley, noting that he spends around three hours a day on his phone.

“I think our generation is ‘addicted’ to their phones because we are being exposed to new technology in a positive way. Many children growing up tend to go with the modern trend and right now it is technology,” Guerra said.

Others see this issue to be just as prominent in older generations as it is in teens.

“My dad uses his phone all the time to stay updated on news especially through Facebook,” Nevins said. “I think if the definition of addicted is using phones at inappropriate times then my dad is more ‘addicted’ than I am because he uses his phone at dinner when I don’t.”

Some believe that while cell phone reliance affects a variety of ages, the uses for the devices differ between generations.

“I think adults are a lot more reliant on phones for communication, like texting, calling, etcetera, while teens are more reliant on social aspects like Snapchat, Instagram, and taking photos,” sophomore Elle Skvarna said.

While the issue exists in teens and adults alike, the potential effects of a cell phone addiction can be more severe during adolescence as development of the frontal lobe, the part of the brain that controls self control and decision making, is still underway.

“Anytime you’re doing something that’s inducing dopamine activity, it starts to become wired into your brain because your brain isn’t fully developed yet,” Allen said. “So, I think that the most detrimental effects are probably happening with teens and kids who are using social media and technology just because it’s actually impacting the way their brain is developing.”

Cell phones gain new features with every new model allowing users to meet more and more of their needs through the devices. The iPhone comes equipped with an app for a camera, a calculator, a calendar, email, music, weather, health, stocks, alarms, GPS, and more. Additionally, the app store offers a myriad of apps that can provide entertainment and serve practical uses. Users often develop a reliance on the devices as they become the headquarters for such a variety of daily functions.

“Now there are all these utilitarian reasons that you need your phone,” Streiter said. “Your banking, your calendar, your email, your Uber, your navigation, all of these utilitarians. Some people even use it as a keyless entry into their homes.”

Others cell phone users simply connect the devices to a sense of security.

“I definitely feel insecure if I don’t have my phone for safety reasons, like in the small chance there will be an emergency and I can’t contact help or talk to people with more information on the situation,” senior Theresa Nevins said.

According to Streiter, remaining aware of the amount of time spent on cell phones is the key to keeping a relationship with the devices from reaching addiction.

“Mindfulness. Understand that this is a real problem and pay attention to your use,” Streiter said. “There are those who would describe this as digital heroine. Proceed with caution.”