// In a society obsessed with all-things technological, the prospect of “unplugging” is nearly impossible. Technology has managed to find its way into every aspect of our lives, including the classroom.

When the internet crashed on May 1 during first period, Acalanes students and staff were faced with a crisis. Every part of the curriculum was turned upside down as teachers and students alike scrambled to adapt to a world without wifi—a circumstance equivalent to that of the ’80s.

The crash occurred because of an issue at the county level, though the causes are still unclear.

For math teacher and Athletic Director Randall Takahashi, the incident brought him back to his first years of teaching, more than 30 years ago.

“I first started teaching before cell phones, and before pagers. It was a much simpler time, and I’d have to say it probably was a better time,” Takahashi said.

Having always taught with a classic chalkboard, Takahashi was not severely impacted by the outage. His lesson plans remained relatively the same, having also been a firm believer of face-to-face interaction between his students.

“A lot of what we do is interactive. What it did change was more so in athletics because I had to get a lot of communication out and I couldn’t do that,” Takahashi said. 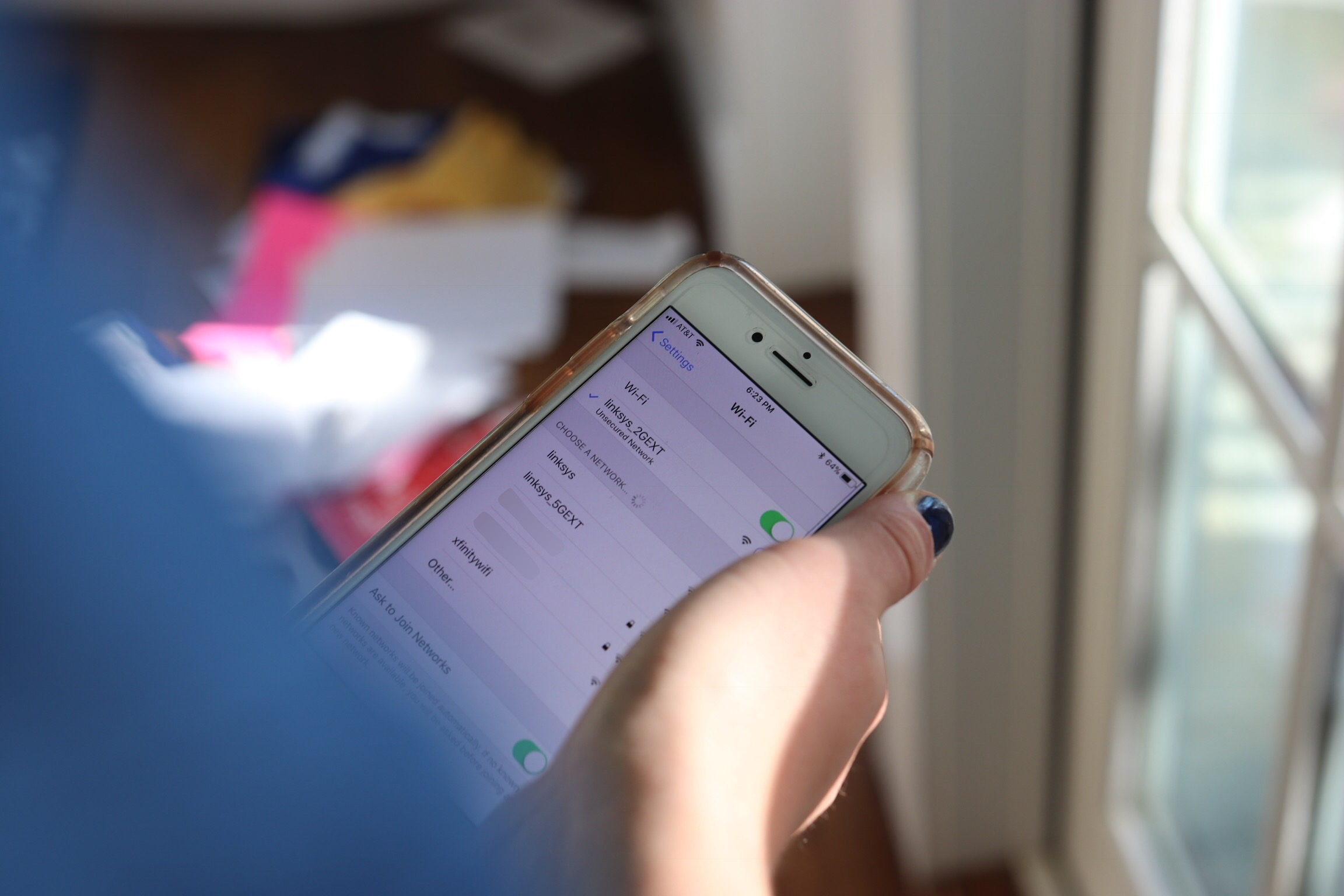 Although Takahashi felt very little effects from the lapse of WiFi, Chemistry and Environmental Science teacher James Poling grew up in a digital age and had planned his lesson for the day accordingly.

“We were doing an online lab in Environmental Science today and we were looking at a really cool data set, and I had to adapt that lesson and sort of reaarange it, so it could be done not digitally, but by hand,” Poling said.

Poling wasn’t the only teacher having troubles adjusting to life without technology. Many other staff, including history teacher Joe Schottland, were forced to change their initial lesson plans.

“I had two things I had to do; some kids had to project up their slideshows onto Apple TV, so obviously they could not get into drive. The second thing was that there were three short videos I wanted to show, that I couldn’t. So we had more of an in-class discussion,” Schottland said.

“It definitely had an impact on my first period English class with Benham-Baker. He normally presents us slideshow presentations when teaching the class, but today was the first day of the year he had to talk more than present and had to use the whiteboard,” sophomore Harrison Seymour said. “We shouldn’t have to rely on technology and the class was fine, but the fact that we didn’t have the same amount of material we could’ve had accessible did impact the lesson we learned today.”

The timing couldn’t have been worse for many of Acalanes’ students, who hoped to study for their AP tests the following week.

“I was in computer science, so we kind of needed the internet. Instead of being able to study for our AP test that is happening next Friday, we were forced to watch a movie,” senior Ren Dunwoodie said.

Others were unable to work on group projects and important research papers.

“In government, we were working on an essay in class and we weren’t able to use the computers. People had to use their phones to work on it, but those who did not have phones with service were at a disadvantage,” senior Elle Hoarau said.

The crash, though only an hour, caused many students to question their reliance on technology and the foundation that the Acalanes school system is quickly becoming based on.

“I think that a little mix of technology is good, but the fact that we’re so dependent on it that we can’t last without technology is troubling,” sophomore Tabitha Kenney said.

Although the benefits of technology make day-to-day life extremely convenient, sophomore Scarlette McCullough brings up the fair point that perhaps not all technology is good technology.

“I think we do benefit from technology, but the thing that is kind of detrimental about having all this access to technology is that when we don’t have it, it’s kind of crippling,” McCullough said.