// The first powder puff season in 16 years comes to a close while students rejoice in victory or wallow in their losses. After nearly two weeks of practices on the pumpkin patch field, the hard work of female athletes and male coaches combined in an exhilarating finale.

Each of the four teams played two games, with the semi-finals on Thursday, May 3 and the finals on Friday, May 4. On Thursday, the pink team faced off against the purple team and the green team played the blue team. From the Thursday games, the blue team and the purple team advanced to play in the finals during lunch on Friday. The green and pink team played for third place.

“I have really enjoyed being part of a team,” purple team member Rachel Go said, “I have definitely made a lot of new friends and been inspired by the coaches and players around me.”

Teams consisted of 20 players, three coaches and a team manager. The game was organized by the Associated Student Body (ASB) officers, while the rest of the Greek Week festivities were created by the rallies board.

According to leadership teacher Katherine Walton, students have been pushing for a powderpuff game for years. After persuasion from the student body, Principal Travis Bell agreed to a 2018 powderpuff league.

The games were played on the football field and reffed by seniors, staff members and volunteers from the football team. Powderpuff players used flags, that when pulled, symbolized the end of the play. Tackling was not allowed in the game.

End zones were placed at the 50 yard line and the normal football end zone, effectively splitting the field into two games. For the entire 40 minute lunch period, two games were played side-by-side.

According to senior and blue team member Gogo Zoger, the team had many practices to get into shape for their games. Their coaches worked on strategies for the game and helped the girls with plays to dominate other teams on the field. Many of the teams opted to add morning practices in order to prepare for the final game. 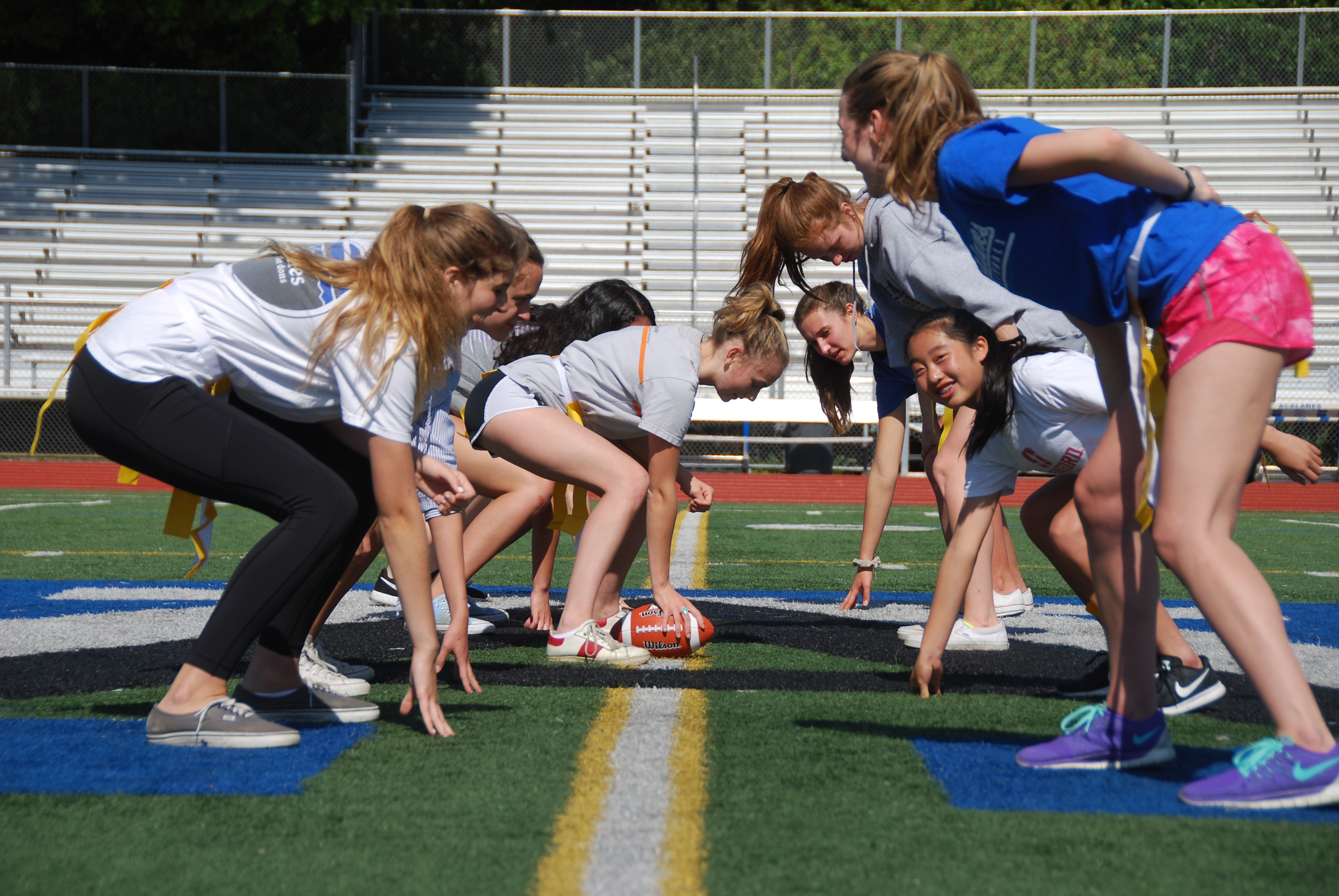 In the finals, the green team beat the pink team, coming in third with a score of 14-0. The green team was made up entirely of the women’s lacrosse team, and according to freshman player Grace Gebhardt, it was a great team bonding experience for the players. The blue and purple team ended in a tie by the final lunch bell, signaling students to go to class with a score of 0-0.

The game went into overtime, and the winner of the game was decided by a single play. Each team was given one play to rush as many yards as they could and the team who gained the most yards would be declared the winner.

The purple team played first, but a flag was pulled by junior Grace Doll, leaving the team with -1.5 yards in the final play. Next the blue team sent quarterback Cate Combi to run the ball. Combi got 8 yards before her flag was pulled according to referee Brian Smith.

As of now, powderpuff can be an expected tradition at Acalanes. According to Walton, as long as students are interested in the game and it remains appropriate, students can expect a powderpuff game next year.

“The players know it’s really about having fun and that if something were to go wrong, it wouldn’t happen again” Walton said.