// The Acalanes High School student-run newspaper, Blueprint, has been at the center of attention this awards season. At the Dean Lesher High School Journalism Awards on Tuesday, May 8, Blueprint competed against various high schools in the county and received eight first place awards, ranking in all eleven categories and winning an overall 17 awards for the 2017-2018 publication season.

The most substantial award Blueprint received was first place in Overall Excellence, commending the quality of not only certain articles or writers, but every aspect of the Blueprint publication.

“Thinking of this as an avalanche of awards isn’t the right perspective. It’s a testament to other people thinking that Blueprint is doing a great job in its mission of journalism,” Blueprint advisor Larry Freeman said. 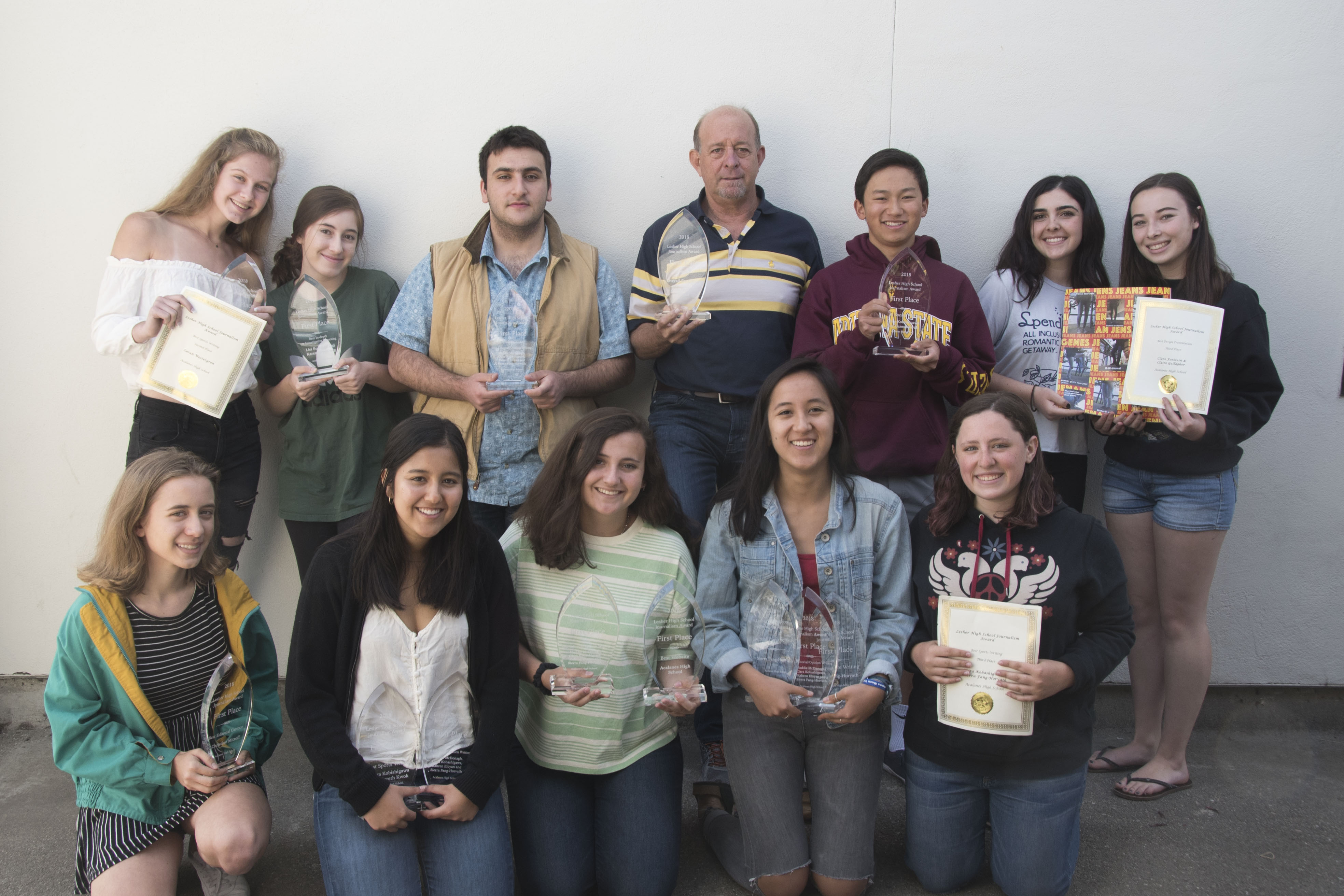 Freeman does not equate Blueprint with other classes at Acalanes and instead sees the paper as an enterprise with the mission of promoting the public good. Exposing the truth through ethics-based journalism is the cornerstone of Blueprint, and undoubtedly this mission has led the paper to produce exemplary, award-winning work.

“These awards are symbolic of the greater reward of having a course at this school where kids actually do something and create something that has the ability to speak truth to power,” Freeman said.

The Blueprint team of student writers, photographers, and cartoonists did not join the publication in hopes of getting an award, but rather joined Blueprint out of a genuine care and dedication for journalism.

“Blueprint literally could not succeed if it wasn’t for the harmonious chaos that it is. The entire staff works so well as a team and we all manage to create an amazing product together,” 2017-2018 Print Editor-in-Chief Sierra Fang-Horvath said.

Despite Horvath’s emphasis on the team dynamic of Blueprint, she does not place enough importance upon her own role in manifesting the success of Blueprint. Fang-Horvath was awarded the Dean S. Lesher Contra Costa County Journalist of the Year in addition to winning first place for Best Feature Writing and second place for Best Feature Writing with fellow Print Editor-in-Chief Clara Kobashigawa.

The two Print Editors-in-Chief, along with Maddie McDonagh, Online Editor-in-Chief, and Kahren Eloyan, Opinion Section Editor, received first place in Best Editorial/Opinion Writing for their collaborative article covering the Parkland shooting entitled, “To the Survivors in Florida: We Stand With You.”

“I think that part of what made the story so strong is that it was a confluence of different points of view and we have a bunch of different people coming together to make one cohesive story,” Eloyan said.

“It’s been a lot of work, but it’s super cool knowing that I can put my heart into something and get awarded for it, especially since it’s my first year doing Blueprint,” Stripling said.

“It made me feel good that my work was being recognized. I couldn’t have gotten the award without the help of my fellow photographers and all of Blueprint,” Clare Fonstein, Best Photography and Best Design Presentation winner said.

In addition to Blueprint’s recognition from Dean Lesher, the student publication also received honors from Quill & Scroll in writing, photography, and multimedia, as well as from the American Scholastic Press Association, making this year a truly stand-out awards season.