// Seeded fifth place heading into North Coast Sections (NCS), the men’s volleyball team has managed to beat all odds, taking out first ranked team Campolindo High School in the semi-finals with a tight score of 16-18 in the fifth gameand Northgate High School in the championships following a hard-fought fourth game of 24-26.

The dons started off strong in their first few points against Northgate, leading with a score of 2-8 before the Broncos called their first timeout of the night. With co-captain and junior Colin Kirbach on the line to serve, and then freshman Austin Kinnear, the Dons had every right to feel confident in their playing ability. 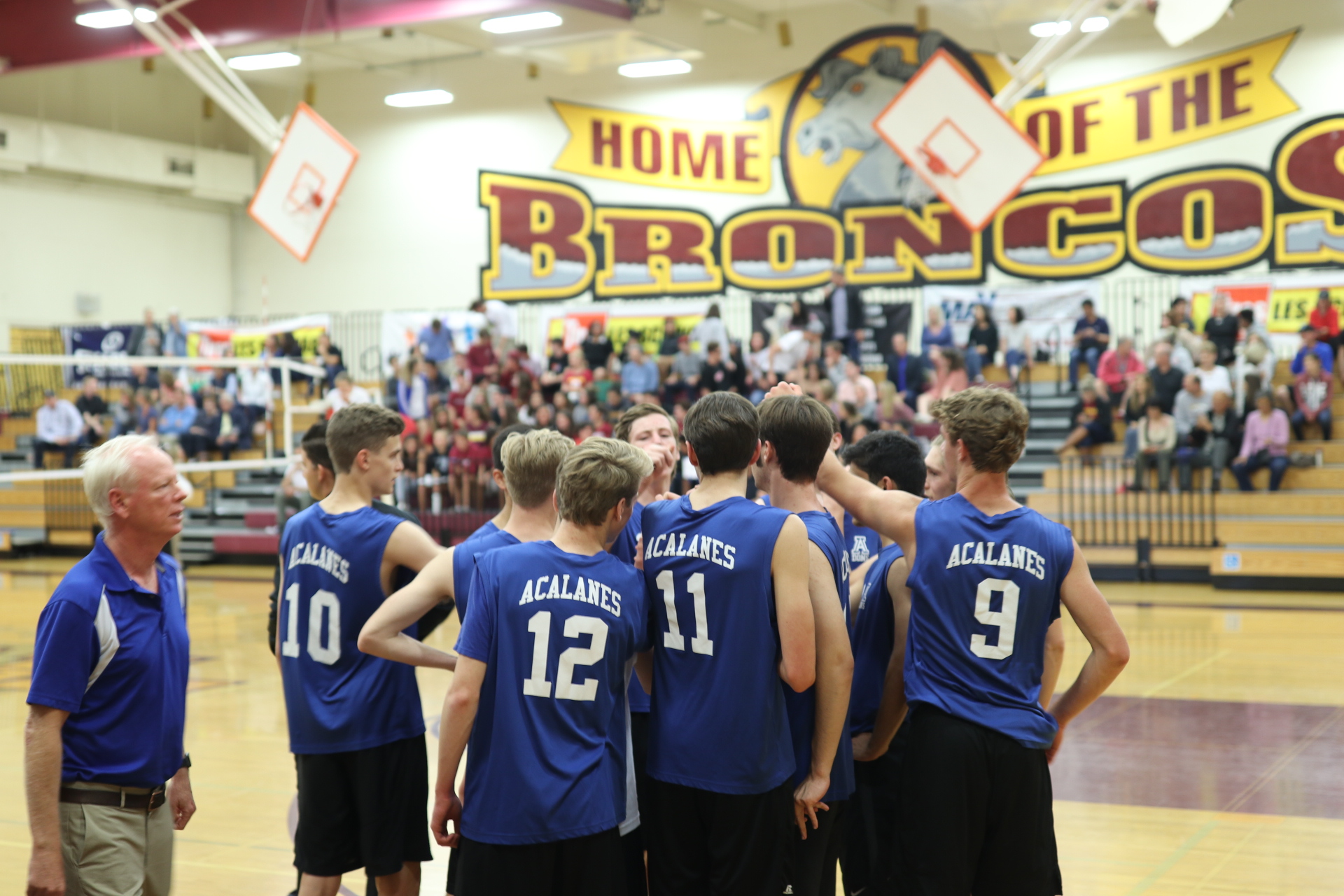 Unfortunately, the Broncos quickly gained speed, coming back with a score of 7-10 as the Dons began to choke under pressure. The team was then forced to call a timeout of their own as the score tied up to an even 16-16.

The game remained close, with the Dons pulling ahead 20-23. A beautiful line shot by Kinnear brought a close to the first game, with an ending score of 21-25.

Confident in their abilities, the Dons again came out strong with a dig by Kirbach and kill by junior and middle Alex Franke. Pulling ahead five points for a score of 5-10, the Broncos called their second timeout of the match.

After losing four consecutive points, the Dons called a timeout at 13-17. It was ultimately junior Ethan Browne with a massive block who helped re-energize the team. A back-one by Kirbach to Franke drove the crowd wild as the score came to a close 20-22. Closing in, a kill by number seven on the Northgate side tied it up to 23-23. In a heated point, the Dons won 26-28 with a mishit by the Broncos.

Finding their stride, the Dons touched off with another strong hit, bringing the score to 0-1 in the third game. With Kirbach on fire, the Broncos called their third timeout of the night, and then a second as the score rounded out to 17-22.

With one point to go, the Dons called a timeout of their own. The ball just couldn’t find its way to the Bronco’s side, bringing the score to 24-24. Browne managed a brilliant roll shot to the back left corner, tying the game at 26-26. It was ultimately Kinnear with a mishit that brought the Broncos their first win of the night, 28-26.

Clearly shook by the loss, Acalanes called a timeout in the fourth game after five consecutive kills on the Northgate side. The Broncos continued to take a lead of 11-8 as all eyes fell on the men’s team.

Browne hit a sharp angle shot to tie it up 15-15. Points flying back and forth across the board, the gym fell quiet as the score hit 24-25. In their match point, the Dons had a powerful block to bring the score to a whopping 24-26. Finally victorious, the Dons rushed the center of the court in cries and cheers.

“Northgate was a very tough team to beat because, like us, they were also underdogs. They were an extremely young team and showed great determination and resilience,” Kirbach said.  “We had to overcome a lot of nervousness, as this was our biggest game of our careers. We are all feeling very proud of ourselves, yet we aren’t done yet.”

The Dons now face a long road ahead of them as they work towards the state championships, playing an away game against Aptos High School on Tuesday as the fifth seed.