// Many Acalanes athletes work hard at their craft, but only a few hone their skills enough to garner the attention of collegiate coaches and earn the opportunity to continue competing in their sport at the next level.

On Thursday, May 24, a lunchtime event was held in the big gym to honor 21 of these special athletes in the senior class at Acalanes.

To start the ceremony, Principal Travis Bell spoke about the level of success that all of the gathered athletes had attained and what it had taken to reach it. 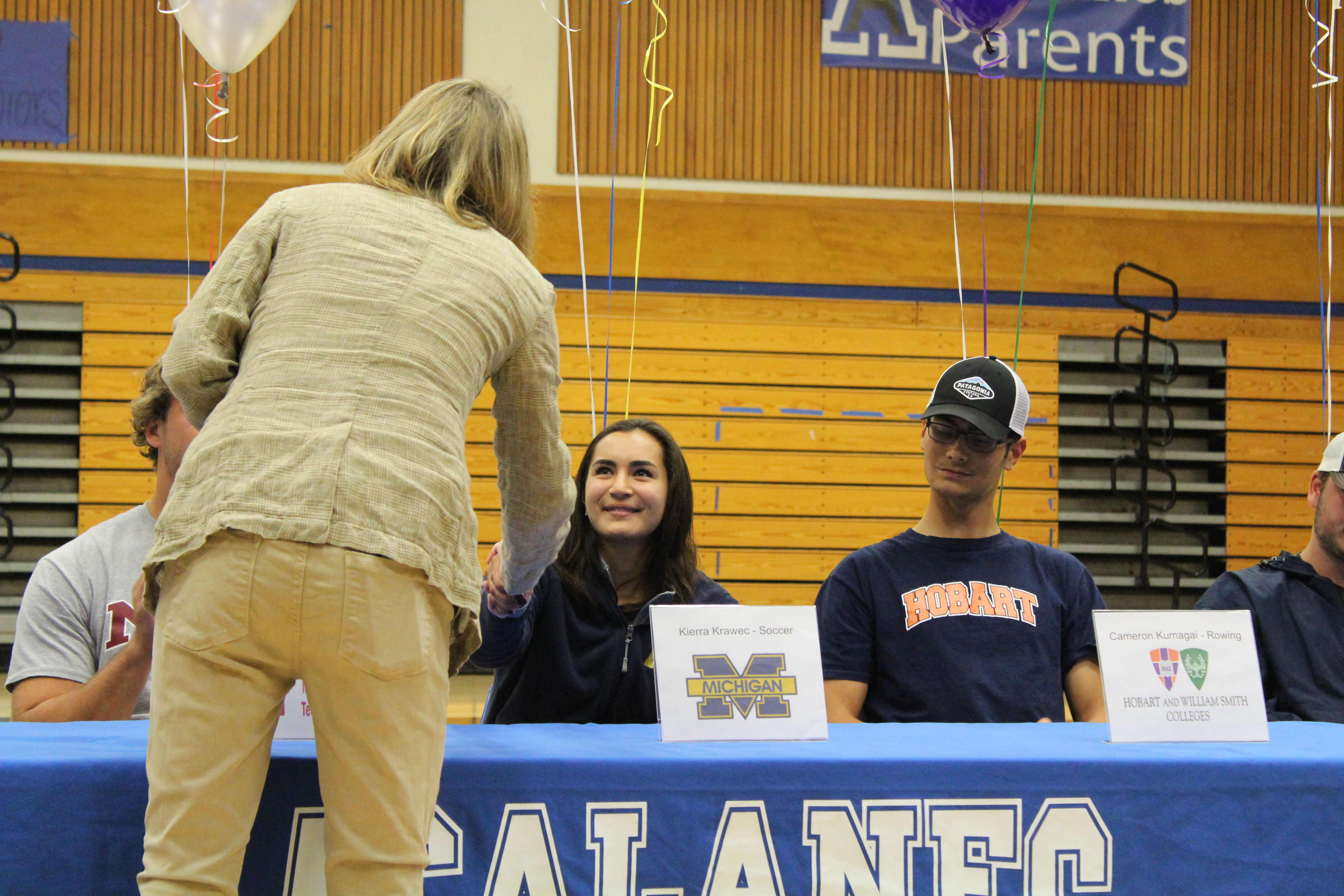 Bell then handed over the microphone to Acalanes Boosters Co-President Karen Plessinger, who took the opportunity to thank the parents of the recruited athletes for their support through all of the drives to practices and pep talks to their children before games.

Assembled in the bleachers were parents, relatives, friends, coaches, and other supporters.

Plessinger and Boosters Co-President Richard Ney took turns asking each of the recruited athletes a question about their recruitment, their sport, or the college they had chosen.

Each athlete talked about their own journey in their respective sport, enlightening the crowd on their hopes and dreams for their future, both in their sport and in life.

The recruited athletes from the Acalanes class of 2018 are: