// Of the 355 students in the senior class, 156 senior parents called in their students absent for one or more periods on Tuesday, May 29th. But not all of these students were sick or had dentist appointments.

Tuesday was the date of the infamous Senior Ditch Day. Though a tradition at high schools across the country, Acalanes has been trying to end Ditch Day with the creation of a new tradition: Senior Picnic.

To discourage students from ditching, teachers take time to plan Senior Picnic, where the school provides lunch and a day of fun activities on Monday, June 4, such as frisbee, soccer, volleyball, ping pong and more for seniors on the pumpkin patch. 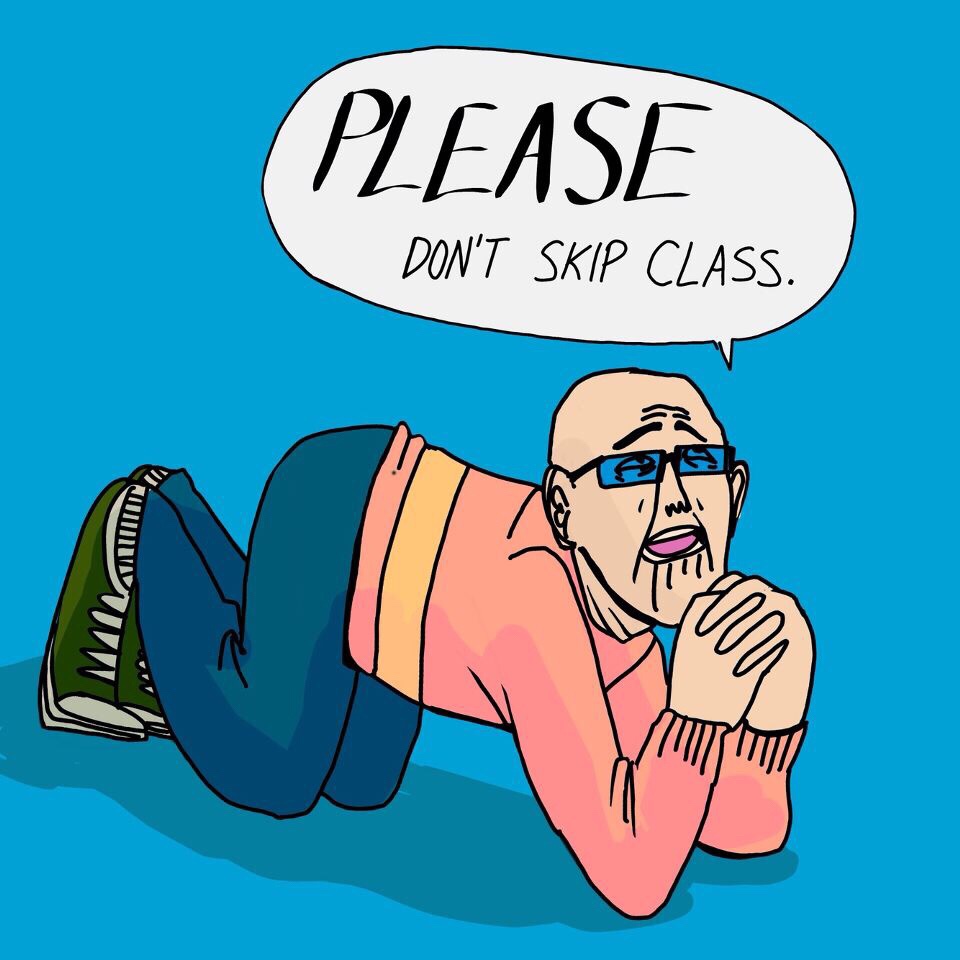 Though the punishment for an unexcused absence on Ditch Day is detention during the picnic, it doesn’t stop parents from calling in their students absent, and there is no punishment for these students. Acalanes Principal Travis Bell doesn’t believe Ditch Day is entitled behavior, but rather a culture that needs to change.

“There is this culture of acceptance both from parents, students and some staff members that this is what seniors do and that they ‘get this day.’ But that’s not the case. There’s still work going on and work happening and students who are close to not graduating who need to be here. I wouldn’t call it entitlement, but they’re just living into that culture,” Bell said.

Staff like AP Literature teacher Cathy Challacombe are somewhat understanding of seniors who are often present in class, but less understanding towards those students who already take days off.

“There are plenty of other kids that take ditch days. There are a lot of students who call themselves out, take time off, or take time on vacation, and this is just an excuse to take one more. I kind of understand it for those kids who never miss school, that desire to kind of rebel against the system now that things are over, but they’re not over,” Challacombe said.

To discourage ditching, Leadership handed out ice cream sandwiches to the senior class at lunch on Ditch Day in the 200 wing.

Some teachers also gave baked goods and sweets out as rewards for those who did attend school. Challacombe made 100 scones, which students loved as a reward for coming to school.

“Mrs. Challacombe made us all scones and I wouldn’t want to miss that,” said Senior Hannah Snyder, who didn’t partake in Ditch Day.

Senior Abey Lin went to school on Ditch Day and appreciated the sweet rewards his teachers gave him.

However, many students reported teachers not giving out anything too special, instead assigning tests, projects, and final preparation for yesterday’s Ditch Day.

“Teachers haven’t really given me a reward; more of an incentive not to ditch. I know a lot of teachers intentionally handed out important assignments, or quizzes and tests, in order to incentivize not ditching,” Senior Alyssa Tsuyuki said.

“The kids who were already going to ditch don’t care,” Burrows said. “I think the ice cream they gave us today was a nice reward though, and maybe next year they can advertise that people who don’t ditch get rewarded.”

Senior Daniel Wahl says teachers didn’t entice or reward him with anything out of the ordinary. To avoid consequences, Wahl decided to call in sick on a different day.

“I think teachers should realize at this point that kids aren’t motivated and ready to come to school and accept it,” Wahl said.

Senior Linnae Johansson didn’t go to school for any of the above rewards. Johansson said though teachers advertised “rewarding” students for showing up, students showed up out of fear of the negative repercussions, not out of anticipation of the positive ones.

“If I didn’t attend on ditch day, I would have a harder test than the people who did attend. My friends were told that they’d have a harder final, and would have to come in at zero period for an extra final,” said Johansson.

Johansson believes this is unfair and the wrong attitude to have about ditching.

“A lot of teachers are taking ditch day personally, and they shouldn’t. It’s not about the teacher, it’s about having fun with your friends before we part ways. I’ve been told that we have senior symposium, but it isn’t like we have a say over what’s happening there. If we have our own ditch day, we can do things with our friends that aren’t school mandated,” Johansson said.

Teachers, such as AP Comparative Government teacher Joe Schottland, share the perspective that a lot of planning and effort went into making a fun and safe alternative to ditch day, and ditching would be disrespectful to all the work that went into it.

“Ms. Paniagua and a number of other faculty and leadership put a lot of effort into making Senior Symposium/Picnic Day a success and a day that is a fitting closure to a four year career here at Acalanes,” Schottland said. “There’s no compensation; we do it because we respect the seniors and we want to recognize their time here, and I think that senior cut day is not an equivalent show of respect to the Acalanes institution.”

“We have already given up a day of instruction to support you and your right to have a day off at this school. For me to also have to rework my curriculum for you to take another day off is really kind of offensive and shows a real lack of respect. I know you work hard, and that’s why we plan senior symposium. But we’ve also worked hard for you to get here, and for you to take a ditch day, is in real poor form,” Anderson said.

Some students, like Senior Matt Turano, agree with teachers opinions that expecting days off from school shows a selfish nature out of students.

“The way I see it, we’re getting a day off from school on Monday for Senior Symposium and Picnic, so it’s a little selfish to ask for another one,” Turano said.

Many students are able to see where teachers are coming from, and how it is seen as disrespectful to teachers.

“I understand how ditching can be disrespectful to teachers who may have taken time to plan thoughtful lessons, especially when we have a designated ‘ditch day’ during Senior Symposium,” Snyder said.

Overall, students want to enjoy the remaining time they have left in high school. Some believe taking a ditch day and going to the beach is the best way to do that, while others believe that seeing the teachers who have put so much work into their education, who they might never see again after graduating, is the best way to do it.

“I didn’t ditch because it’s actually the last Tuesday block I will ever have in high school and I really appreciate the time and effort my teachers put into making our curriculum and our day as meaningful and educational as possible. It makes more sense to honor your teachers and give them the respect of not ditching on one of the last days they will see you at school ever,” Lin said.