// In 1968 Lafayette was a sleepy suburban town, rapidly growing but without local control of signs, roads, architecture and the mixture of planning and design that translate to a quality of life.

That control was held in Martinez, the county seat 16 miles away, governed by five county supervisors who ruled on everything in unincorporated areas between Richmond and Brentwood.

To change that, an election was held; the result was “incorporation” of the city.

On July 29, the 50th anniversary was celebrated with a parade, a barbecue, live music and a kids zone all centered around the modern, 10-year-old Lafayette Library. According to the Weekly Roundup, a community newsletter, 1,000 celebrants filled the streets of downtown to commemorate the city. 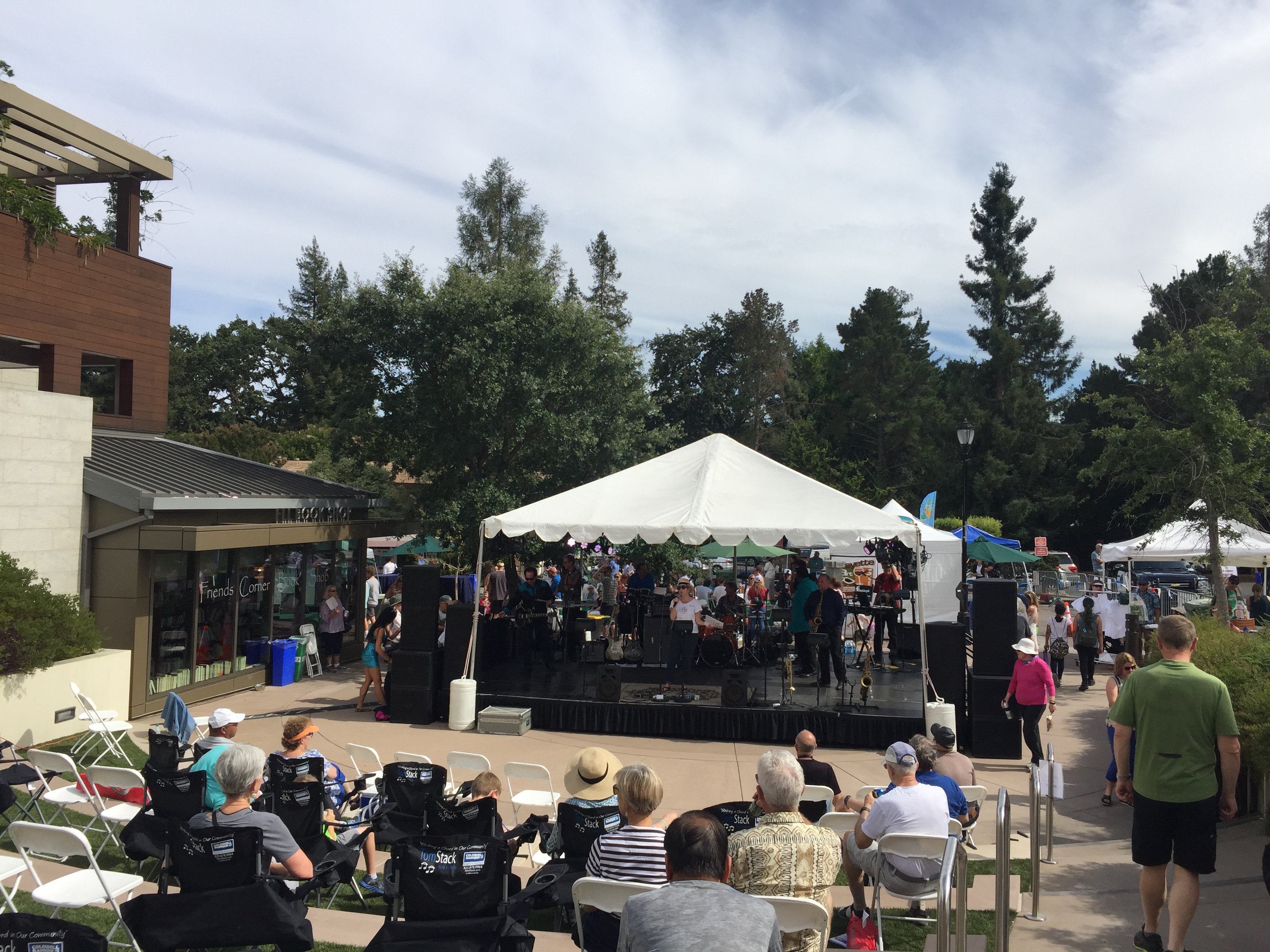 A reception where city council members or long-time residents could share stories of the town kicked off the celebration. The reception mimicked a city council meeting so that each speaker had up to three minutes to share a recollection of the city.

“It gave everybody the opportunity to see old friends and hear stories about Lafayette, in some cases many years ago,” said Mayor Don Tatzin — himself a bit of a legend. This November he will retire after 33 years in office. “The stories ranged from the challenges of getting the voters to approve incorporation to an older gentleman speaking about farming in part of where Happy Valley now is”

One of the long-time residents who attended the 50th celebration was Mary Ellen Judson. Judson and her husband raised their two children in Lafayette and now have a grandson attending Acalanes High School. After years of living in Lafayette, Judson believes that the community aspect of the town remains prevalent at its core.

“My favorite part of Lafayette is the friendliness and the camaraderie. You have a lot of volunteers who are really willing to put themselves out there for the town,” Judson said.

Shana Kennedy, a member of the Lafayette Rotary Club, has a similar perspective of the town.

“My favorite thing about Lafayette is that even though it’s been 50 years that we’ve been established it still has that small town feel and I think that’s unique in the world today,” Kennedy said.

Lafayette’s high-quality education system also is a major part of the community as it draws many of its residents in the first place.

“We came here for the education. We did not have much money and we had three children, so we found the best education for our children,” Judson said.

One of the driving forces behind the Lafayette School District is Lafayette Partners in Education (LPIE). LPIE is a foundation that provides the Lafayette schools with important tools such as technology in classrooms, music instruction, science labs and classroom aides.

Former LPIE president Amy Parlett said that although weather and location were major attractions, she ultimately chose to move her family to Lafayette because of the school system.

“The schools were a big draw and I think a lot of people move here because of that, and that’s why I feel very passionate about supporting the schools,” Parlett said.

Tatzin made sure that the schools were involved in helping the city celebrate its anniversary. The art department at Acalanes created a new logo for the city at the end of last year. The city also worked with LPIE to put students’ art on various street-corner electric control boxes throughout the town.

In addition to the projects Lafayette worked on in honor of its 50th, the city decided to give the gift of green. This means that the city is encouraging its residents to switch their electricity from PG&E to all renewable sources through a project called Deep Green. If Lafayette reaches its goal of 1,000 homes and business converting to Deep Green, the city’s rank among Bay Area MCE Deep Green renewable cities would jump from eighth to first.

Although Lafayette has grown and changed a lot since it was first incorporated in 1968, Tatzin believes one thing remains the same.

“The main thing is that Lafayette has always been a town that people are happy to move to and they are happy once they get here. That hasn’t changed,” Tatzin said.