// The Acalanes football team began its season with a gritty loss to league opponent Las Lomas in a home game on Aug. 17, with a final score of 12-7.

The game was especially anticipated, as the Dons’ game with the Knights had been cancelled during the 2017 season due to poor air quality caused by fires in Napa.

The Dons struck first in the low scoring affair when junior running back Jake Delaney ran on a draw for a 25 yard touchdown, making the score 7-0.

Las Lomas answered with a rushing touchdown of their own, but a missed point after touchdown allowed the Dons to hold onto their 7-6 lead. The score remained the same at the end of the first half.

The second half was a defensive battle, as both teams struggled to move the ball on offense. Senior outside linebacker Alex Cortessis starred for the Acalanes defense, recording 5.5 sacks to go along with 21 total tackles.

“I thought the defense generally played well and came up with big plays,” Cortessis said of his unit.

With the clock winding down in the fourth quarter, the Knights scored again to put them ahead 12-7, a lead they did not relinquish.

The Dons’ troubles came mainly on offense, due in part to Acalanes replacing all but three offensive starters from last year’s 9-2 team.  In his first varsity start, junior quarterback Nick Kresnak threw for 166 yards while completing just 50 percent of his passes.

The football team will look to put a tally in the win column in Napa this Friday, as they are set to square off against the Vintage Crushers.

“I think we can work on our physicality because Vintage is a big team,” Kresnak said about his team’s preparation for week two of the season.

“We are going to need to play our best game on both sides of the ball to have a chance at winning,” Cortessis said. 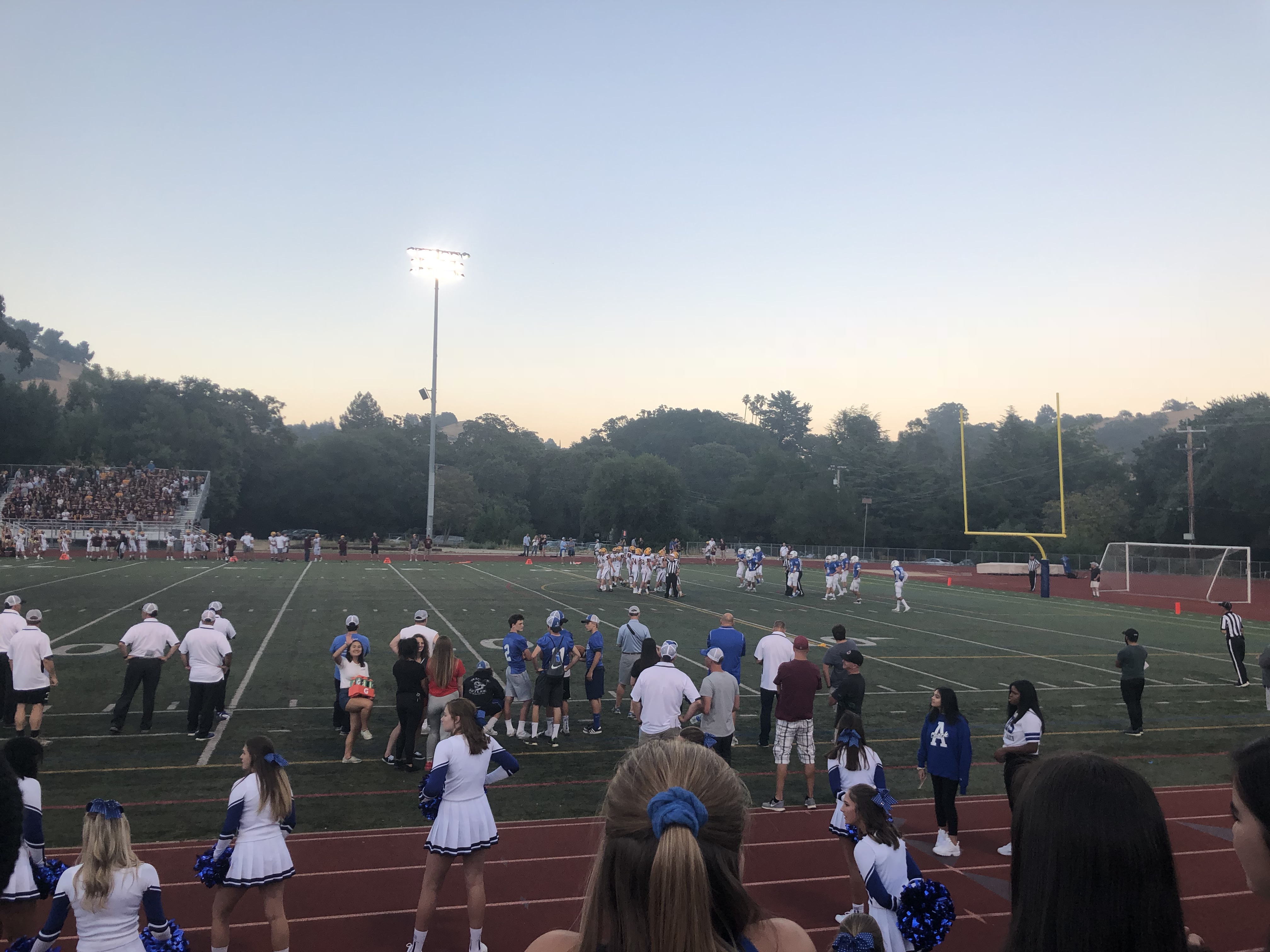 The Diablo Athletic League Foothill division proved one of the best in the Bay Area this past week.  Acalanes’ rival Campolindo kicked off their season with a 35-21 win over perennial power Marin Catholic.  Miramonte began their season with a 32-20 win against De Anza. Clayton Valley earned a massive double overtime win over defending NorCal Division 1 champion Pittsburg, 38-31.  New to the Foothill division this year was Northgate, who beat Hercules by a score of 28-8 last Friday night. Alhambra beat Castlemont due to forfeit.