James Minder turned his wheel towards the El Curtola bridge, eyeing the lone flag flapping in the wind as his son had. The World Trade Center had fallen to terrorists, and Minder sat with his own aunt’s flag in his hands, in as much disbelief as the rest of the world.

He’d just met Jeff O’Connell–a man who’d, in standing on that bridge all alone, started a movement. Standing solemnly together every day for a month, the annual memoriam was born, recounting on the horrific events of Sept. 11, 2001.

“This was happening all over. People were at bridges flying flags or leaving them for weeks and even months,” Minder said of 9/11, a succession of four coordinated attacks by Islamic terrorist group al-Queda. The act of terrorism killed 2,996 people, injuring more than 6,000 others and causing at least $10 billion in property damage. “So what we did was a monthly thing, and we met on the 11th of every month and we did that for quite some time. Of course, on the yearly event, we had a bigger event. But after that, it was every year.”

Lafayette resident Patty O’Day was number 20 to join the bandwagon, greeting the two each day in solidarity as so many began to do. 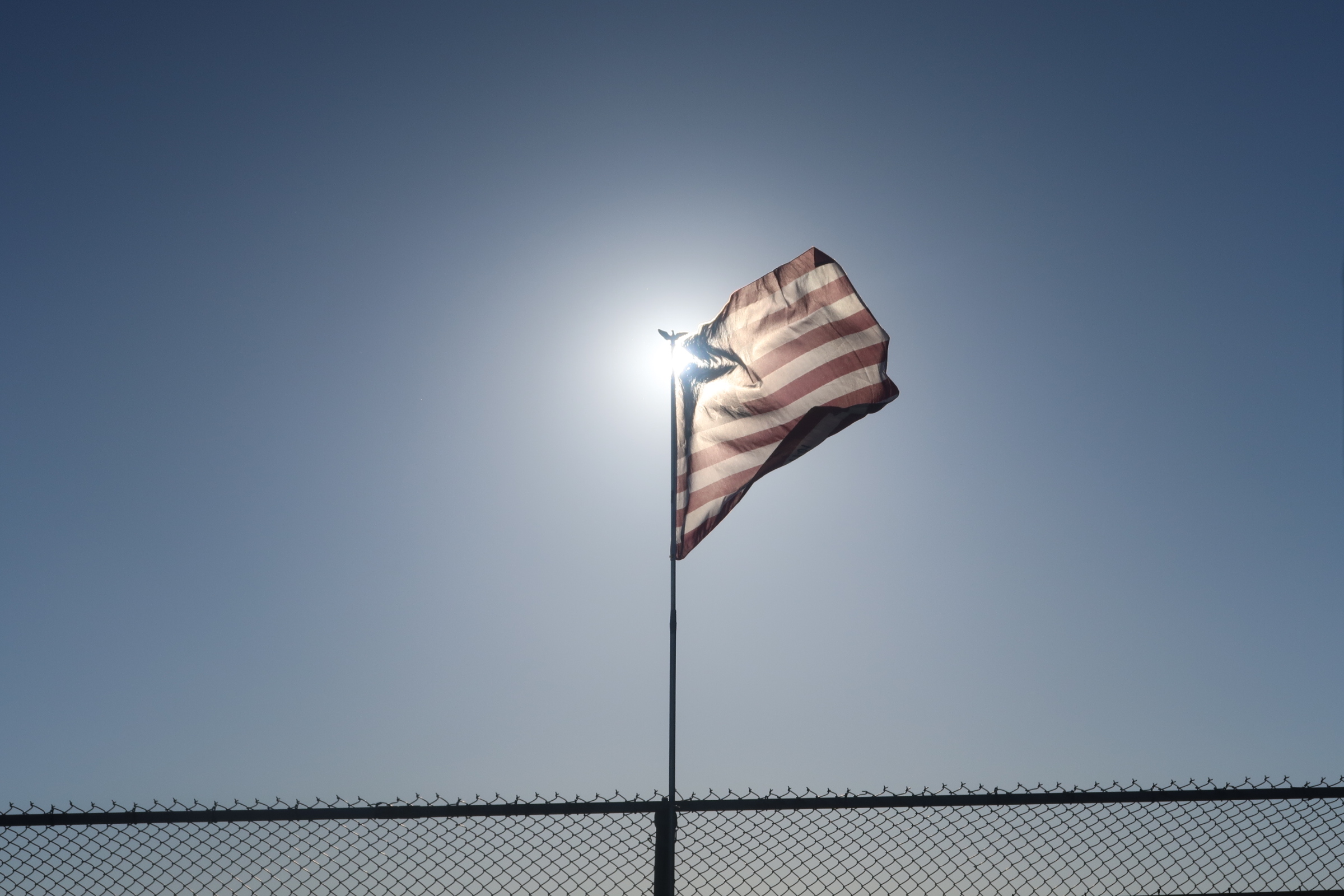 “People were all just going to church and all this kind of stuff because they just needed to be together, and this was where we gathered,” O’Day said at today’s event.

Transitioning from weekly, to monthly, to even yearly meetings, the support system once founded by O’Donnell and Minder continued to grow. Soon emerged the Lafayette Flag Brigade, organizing the remembrance flag display each year.

By 9/11’s tenth anniversary, the memoriam had largely increased in size, with organizers even managing to haul a 25-ton piece of the World Trade Center up the bridge; tangible evidence of the horrific actions that’d taken place merely a decade ago.

“We also used to have some firemen speak who were actually there and reached the Trade Centers when the second tower fell; it was just a matter of fate,” Minder said. “They saw the tower fall–right in front of them–so they were the first ones in and they found that nobody was alive.”

Today, the event is less formal, with a focus on the countless flags encompassing the bridge. And though the number of attendees has shrunk, Minder estimates some 40,000 cars bear witness to the memoriam each year, honking their horns with great patriotism and sadness.

“I don’t see a lot of these people, but one time a year they all come out and they never ever forget,” O’Day said. “It shows patriotism and it’s one day a year people can sit in a traffic jam and wave their flags, so it makes people feel good.”