// Crazy Rich Asians, after much anticipation, swept multiple box office records. It was a massive step for Asian representation in media; not only were Asians represented in the cast, but the movie also boasted an Asian director and plentiful references to Asian culture.

Many thought that the film was “just a rom-com” and that the plotline was mediocre. However, the quirky parts of the movie were hints towards a greater traditional Asian culture that many Asian Americans understand.

Asian culture was not the only aspect of the movie that struck chords inside Asian Americans; it was the main character, Rachel, who is routinely considered not “Asian” enough.

Growing up as an Asian American is hard to describe. The multi-faceted nature of the Asian American experience contributes to this difficulty. Our backgrounds are as diverse as Asia itself. 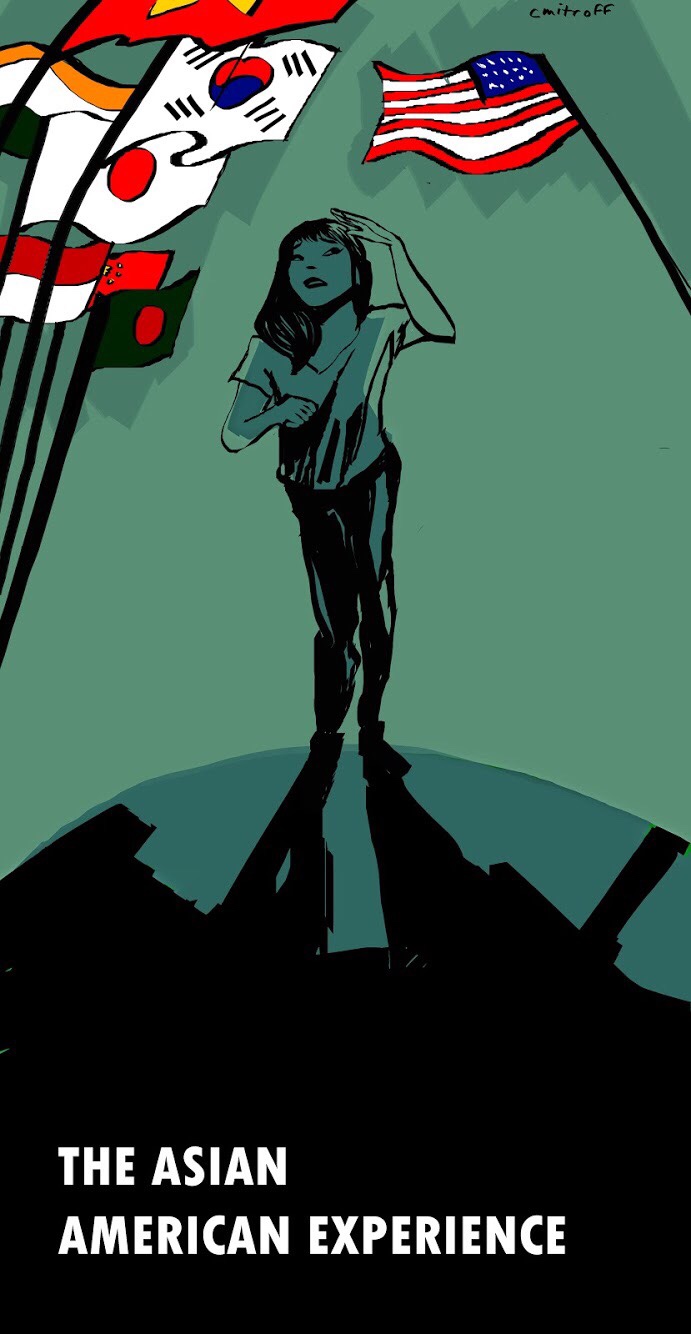 A virtually universal experience among Asian Americans is the discomfort of being caught between two cultures. While Caucasians perceive us as “not American enough,” Asian relatives and friends think we are “not Asian enough.”

We can’t help the fact that our parents did not grow up on The Beatles, or that they never blasted Bohemian Rhapsody enough that we know all the words. However, the fact that we had never listened to Queen before sixth grade made us less American—at least in the eyes of our friends, who told us so through indignant exclamations and pitying looks. Instead of our parents introducing iconic western music to us, we grew up listening to iconic Asian music such as Teresa Teng or Dao Lang.

The cultural barriers between Asian Americans and Asians who grew up in Asia are equally as prominent, but the nature of Asian interactions differ significantly.

It seems as if every Asian wants to interrogate us to make sure that we’re actually “Asian.” One of the first questions many Asian parents ask us when we meet them is, “Can you speak so-and-so language?” or, “Can you understand what I’m saying to you?” The time spent with these parents is usually spent trying to convince them that we are fluent and cultured the way that we ‘should’ be.

That said, when we find ourselves admitting that we don’t know aspects of our culture, the resulting disappointment on a parent’s face deals a blow to our character. This is when the hierarchy of “cultured” Asian to “completely clueless whitewashed” Asian is born, brought to life by our parents’ perceptions of our competence.

Despite all of these hardships, we still find ourselves proud of our roots and culture. As many Asian Americans grow up, they begin to realize that being Asian is something to be proud of. Whether it’s the colorful Lunar New Year parties we get invited to or awkwardly trying to remember which “auntie” or “uncle” a person is at the latest family reunion, in the end, being able to embrace your culture is the most important thing.

One Reply to “The Asian American Experience: Struggles of Being Caught Between Two Cultures”