// The Acalanes football team endured a tough loss to rival school Campolindo this past Friday, Oct. 12.

The Dons committed three turnovers and failed to consistently stop Campo’s rushing attack in a 39-7 defeat.

The Cougars first struck late in the first quarter on a one-yard rushing touchdown, capping off a 65–yard drive. They would score twice more in the second quarter, leaving the Dons to a 20-0 deficit at halftime.

Acalanes struggled to string together quality offensive plays in the first half, often being forced to punt or give the Cougars advantageous field position after failing to convert on fourth downs.

“We didn’t bring it tonight,” junior quarterback Nick Kresnak said.  “We didn’t have the intensity required to give us a chance to win.” 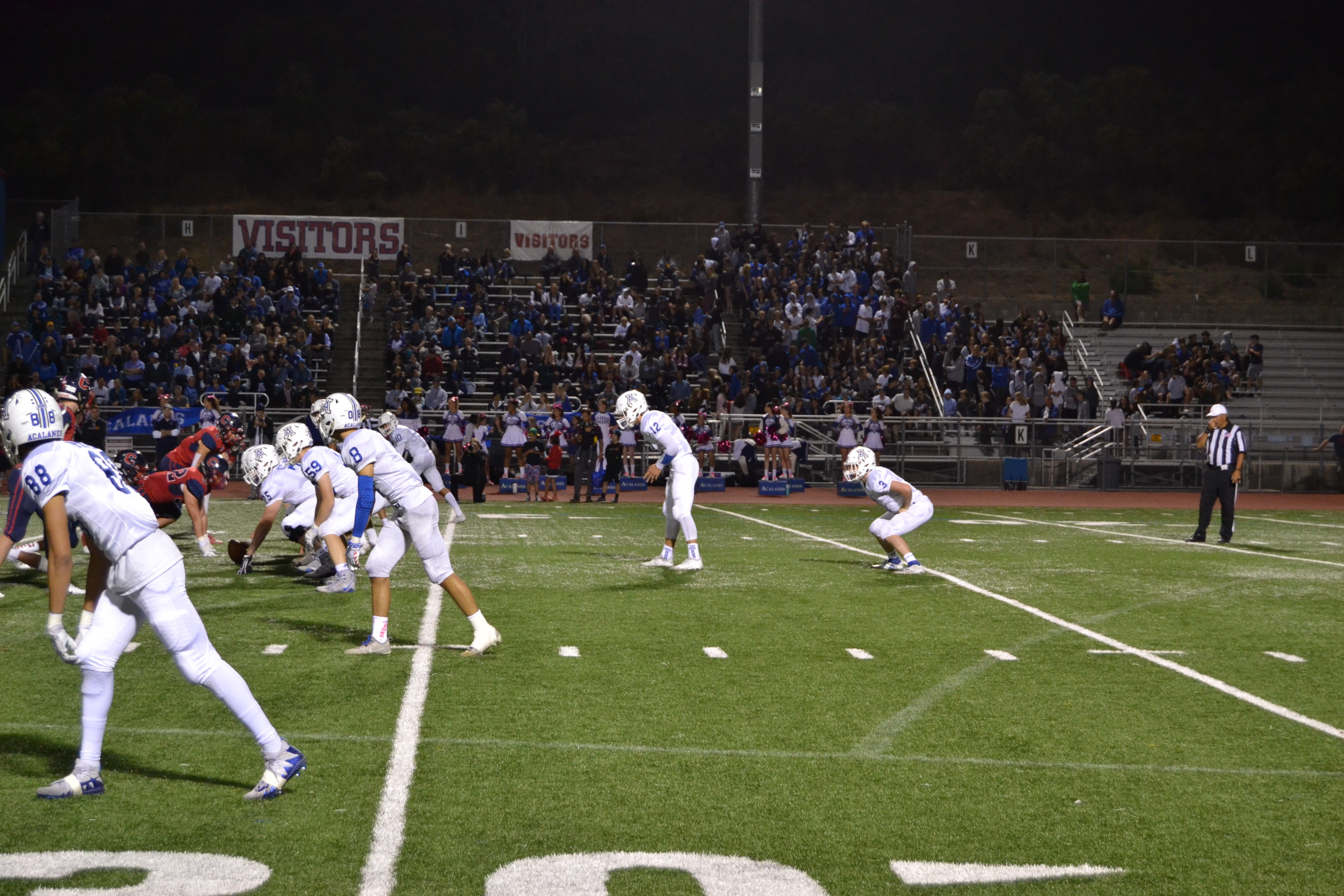 Acalanes would enter the scoring column late in the fourth quarter when Kresnak threw a short pass to junior wide receiver Lucas Eppinger, who scampered 70 yards for a touchdown.  Those were the only seven points the Dons would score that evening.

The Dons run–defense was their achilles heel, surrendering 245 yards on the ground to Campolindo.

“That was nowhere near our desired level of play,” senior outside linebacker Alex Cortessis said.  “It was our worst game we have played all year.”

The Dons must win their final two league games in order for them to qualify for the North Coast Section (NCS) championships.  They will host Miramonte tonight.

“These next two games are huge for us.  We need to win both of them to get a good seed in the playoffs and hopefully get a first round home game,” Kresnak said.

The Diablo Athletic League (DAL) Foothill Division has numerous teams playing for major playoff implications.  The Clayton Valley Charter Ugly Eagles spoiled Miramonte’s homecoming game, defeating the Matadors 49-14. Clayton Valley is in a position to get higher than a four seed in the NCS Open division playoff this year, meaning they will avoid a matchup with De La Salle, whom the Ugly Eagles have lost to in the playoffs the last two years.  Alhambra was dominant in a home win over league doormat Northgate, 33-13.