// The Acalanes String Orchestra and Wind Ensemble wowed audiences during its annual Fall Instrumental Concert. Taking place Thursday, Oct. 18 in the Performing Arts Center, the event was the music department’s first concert of the year, and the perfect place for students to showcase their talents.

This is the second year String Orchestra has joined Wind Ensemble for the fall concert. Some 90 students performed on stage, joining strings to find one harmonious sound.

“It was a lot of fun practicing with Wind Ensemble. It always sounds better when you’re with a full band instead of just strings,” senior violinist Aidan Lewis said. 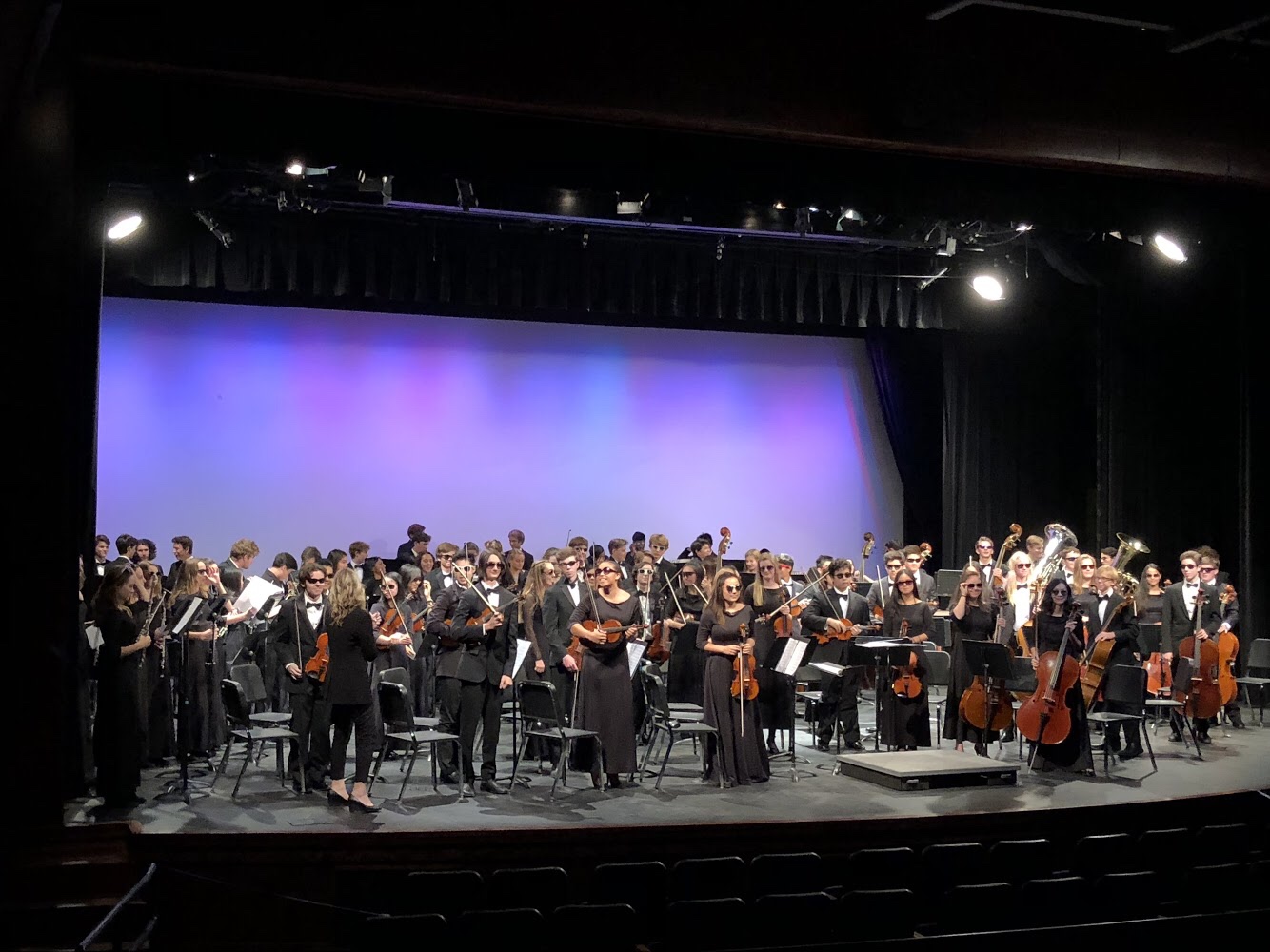 After spending the first few weeks adjusting to the new school year, Orchestra and Wind Ensemble began practicing their songs. Students met during the school’s Academy sessions, being that the two groups’ schedules often clashed.

Students spoke positively of Gibson, who’s brought many favorable changes to the music department this year.

“She’s literally amazing. Ms. Gibson has so much energy,” senior and french horn virtuoso Emma Workman said. “We focus a lot more on music theory and everything is much more combined with other classes.”

Gibson selected seven pieces for the concert, including “Theme from Mission: Impossible,” in which both Orchestra and Wind Ensemble participated. Gibson and her students amused audiences by wearing sunglasses for the entirety of the number.

“Each ensemble has a different personality, so finding songs that both work with that personality and then highlight our strengths is really important,” Gibson said. “I always think it’s really important to not just choose good music, but to think of the flow throughout the concert and how we can keep the audience excited about what they’re hearing.”

In the song “Bluebells of Scotland,” guest artist Rylie Linsey, who graduated from DePaul University in Chicago with a Masters in Performance on Tuba, joined Wind Ensemble on stage.

“I’ve never heard someone play a tuba as well as he did. It was really cool,” Workman said. Lindsey had spent the preceding week with band members, offering critical feedback to improve their sound.

In response to this year’s success, wind ensemble and orchestra are expected to perform together in next year’s fall instrumental concert.

“When you put together different classes, especially wind ensemble and orchestra, everyone gets more excited, and there is more energy on stage,” Gibson said. “The energy that goes back and forth from coming together for just a couple of rehearsals and then getting to perform together, I think, is really a lot of fun.”