// Down two sets to none, the Acalanes women’s volleyball team came back to defeat the #6 seeded San Marin Mustangs in a five-set thriller on Saturday, Oct. 27.

Acalanes got off to a rough start, losing the first set 25-18 and the second set 25-13. The Lady Dons were staring elimination in the face going into the third set. But then, magic happened.

With the score tied 2-2, the Lady Dons entered the tie-breaking fifth set with huge momentum.

San Marin, however, got off to a strong start, gaining a 7-6 lead. The Lady Dons would fight their way back, ultimately pushing their lead to four, 13-9. 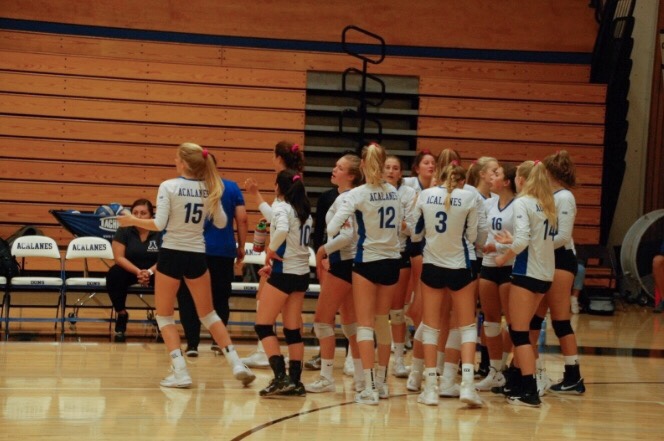 With the score 14-12, Risch made a terrific kill to complete the comeback and give the Lady Dons an incredible victory over San Marin, 3-2.

According to Risch, the support of the fans really got the team motivated.

“The fans that came out and watched gave us that energy we were missing in the first two sets,” Risch said.

The Lady Dons will drive to Orinda to take on the #2 seeded Miramonte Matadors in the semifinals this Wednesday, Oct. 31. The last time these two met, Acalanes won a postponed match, 3-2.