Proposition 6 attempted to repeal the gas tax, which would reduce state funding for roads and highways by $5.1 billion each year.

Supporters believed that the current gas prices were excessive and difficult to pay, whereas opposition felt eliminating the gas tax would cut necessary funds for road safety and repairs.

Acalanes students and California citizens both voted ‘no’ on Proposition 6, with state elections proving much tighter.

Many Californians against Proposition 6 were individuals struggling to pay rising gas prices. As Acalanes is more affluent than the state of California as a whole, the higher proportion of students voting ‘no’ may be a product of a greater ability to pay gas prices.

“The gas tax discourages people from buying,” Lee said. “It encourages a movement away from gas and towards newer energy.”

The arguments for and against Proposition 10 are controversial during California’s housing crisis. Many argue enforcing rent controls will allow families who rent homes or apartments to allocate their earnings elsewhere. Supported by the California Democratic Party, Proposition 10 would place annual rent controls into the hands of local committees.

“I thought that it wasn’t that good of an idea because Ms. Anderson pointed out that if you increase the regulations, it would probably decrease the amount of housing available to rent,” senior Ethan Burges said.

While 62.26 percent of Acalanes voted ‘yes’ on proposition 10 to create annual renting regulations, results from elections in the state of California came in at 55.34 percent saying ‘no’.

“I don’t get it. I don’t understand why people are against rent control,” English teacher Erik Honda said. “There were people getting priced out with this huge homeless crisis; it’s popping up in the streets all over California.”

Although Acalanes voted in favor of regulations, the state of California will move forward without rent regulations.

Proposition 12, put on the ballot by petition signers, sought to establish a new minimum standard for the size of animal cages and prohibit the sale of animal products that would not comply with this measure.

A ‘yes’ vote meant that there would be new requirements for cows, chickens, and pigs, but would also raise the price of animal products.

61 percent of California citizens voted ‘yes’ on Proposition 12, only a 3 percent difference from Acalanes.

“I would like animals to have more living space, but increasing the cage from ten inches to a foot is just not big enough of a change to justify spending all that money,” senior Ethan Burges said.

No Acalanes students abstained from voting on Prop 12.

“I wonder if students know that this would make the prices of eggs go up and if they would still be for it, because it would be selfish versus animal rights again,” English teacher Erik Honda said. “It’s definitely positive in many ways.”

Largely mimicking passed alcohol taxes, a ‘yes’ vote calls for the taxation of marijuana business in unincorporated areas by up to $7.00 per canopy square foot, in turn generating an estimated $1.7 to $4.4 million annually for county social services such as public safety and environmental relief.

While some paused in fear of tipping the pot industry’s profits to the black market, the majority of Acalanes High School and Contra Costa County voters agree Measure R’s benefits outweigh its possible downturns.

“It’s nice to see that students are just thinking reasonably. Now that this is legal, let’s have some tax revenue coming from it, and that’ll be a benefit. They know that there are taxes on alcohol, or sin tax in general from both the state and the students,” English teacher Erik Honda said.

Honda thought that Feinstein’s age would give voters pause, but he sums up her victory to a possible “feminist vote.”

“In the U.S. Senate, we can see voters generally going for De Leon. He’s more liberal than Feinstein, and he’s much younger than Feinstein,” Morrow said. “So both those things correlate to traditional patterns for young voters. They are less trustful of aging office-holders as a general rule, and it seems to be reflected here.”

Acalanes mostly mirrored local elections in the District 11 House race, electing Democrat Mark Desaulnier over Republican John Fitzgerald by a margin of 70 percentage points, compared to the 44 points with which Desaulnier won the real election.

The result was no surprise, as a Democrat has represented District 11 since 2006. Desaulnier also ran on a very liberal platform.

Due to Fitzgerald’s views on the Holocaust, English teacher Erik Honda was surprised by the number of students and citizens that cast their ballot for the candidate.

“Thirty-nine students voted for that guy. I’m assuming that they’re not Holocaust deniers or anti-Semites, but you wonder what is really going on. What’s really going on with these students?” Honda said.

According to social studies teacher Jed Morrow, the reason for the seemingly substantial support for Fitzgerald could be attributable to protest votes going against Desaulnier.

“There are many Republicans that know that the Republican candidate is going to lose before the election even takes place, and mark Republican not even knowing who the candidates are as a protest,” Morrow said.

According to English teacher Erik Honda, Newsom is not considered “left enough” by many San Francisco voters.

However, social studies teacher Jed Morrow thinks the state margin results were close because Newsom is “too liberal.”

“He basically opened the gate to gay marriage in San Francisco and gained a lot of notoriety for that, but my students were unaware of that. Statewide, there are a good number of voters who are in disagreement with his decisions on gay marriage, and so that’s probably reflected in the statewide result,” Morrow said.

Morrow also believes that Newsom won by a higher percentage in the election simulation because younger voters tend to be more liberal. 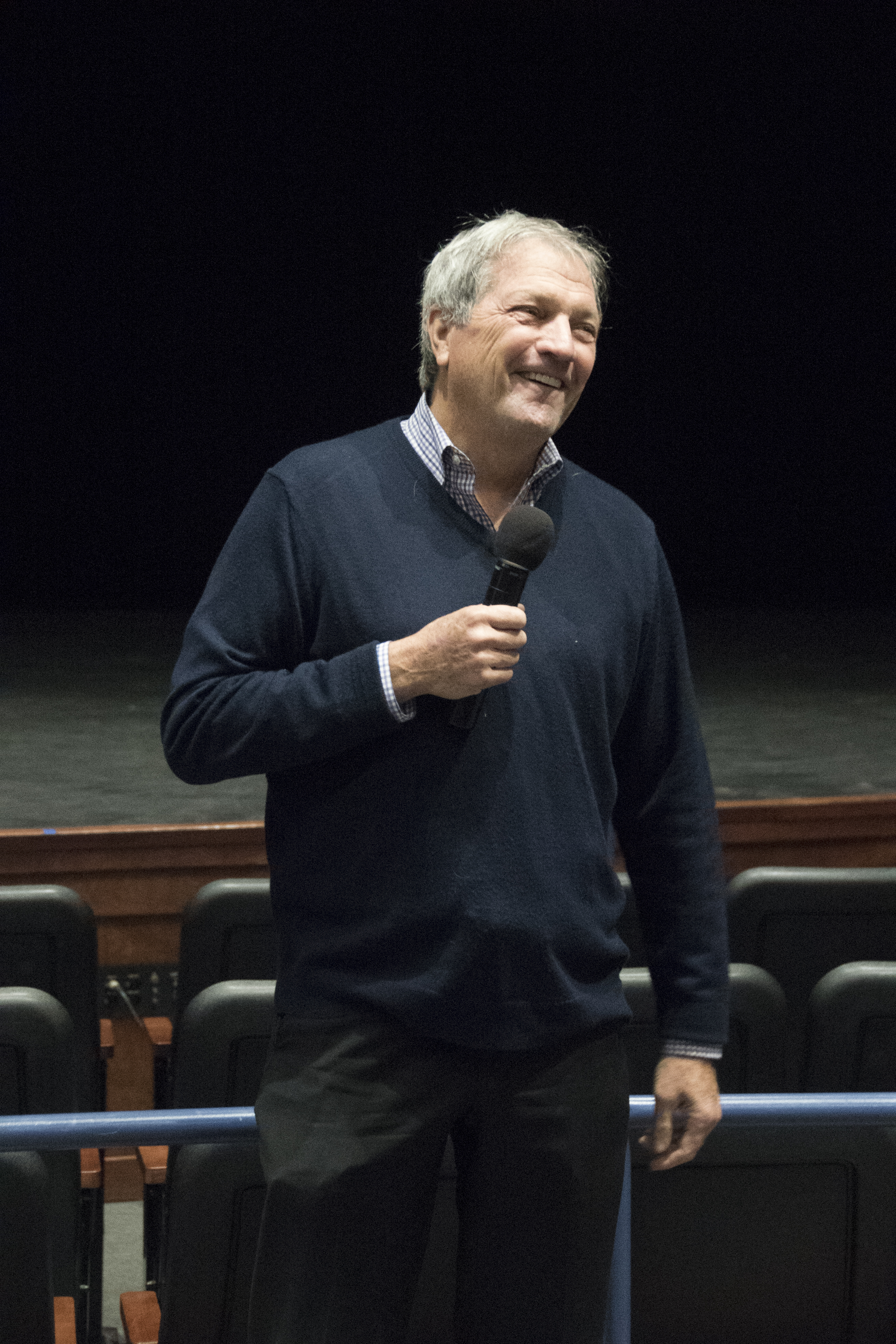 As California Superintendent of Public Instruction, Tuck will give education policy direction to school districts and work with the educational community to better academic performance. He will also head the Department of Education, adhering to policies created by the State Board of Education.

“I’m kind of surprised it was so different. There are a lot of negative TV shows about Thurmond because Tuck had all this money from billionaires who are for charter schools,” English teacher Erik Honda said. “”I don’t know where students got their information, but I mean, I voted for Thurmond and he’s my guy. It would be interesting to know how much [students] researched and how much they know.”

The results of the race for District 16 state assembly fall in line with the outcome of the school-wide election, with incumbent Republican candidate Catharine Baker beating Democratic opponent Rebecca Bauer-Kahan.

However, Baker’s victory was marginal at the district level, with her raking in 51.2 percent of the votes and Bauer-Kahan trailing closely behind with 48.8 percent, whereas the Acalanes results yielded a larger divide among voters.

64.53 percent of students cast their mock votes in favor of Baker, while 34.34 percent voted for Bauer-Kahan. Those who abstained from voting on this race composed 1.13 percent.

Acalanes English teacher Erik Honda in part attributes Baker’s considerable victory in the election simulation to her bipartisan viewpoints, many of which she presented to the student body during her campus visit on Oct. 12.

“I think a lot of people were trying to send the message that we like republicans that work across the aisle,” Honda said.

Baker’s speech to the Acalanes student body gave student voters insight on her campaign that voters in the general election lacked.

“Acalanes students were first-hand witnesses of her talk about her bipartisanship, whereas the general public is probably just seeing Republican or Democrat on their ballot and following more traditional voting lines,” social studies teacher Jed Morrow said. 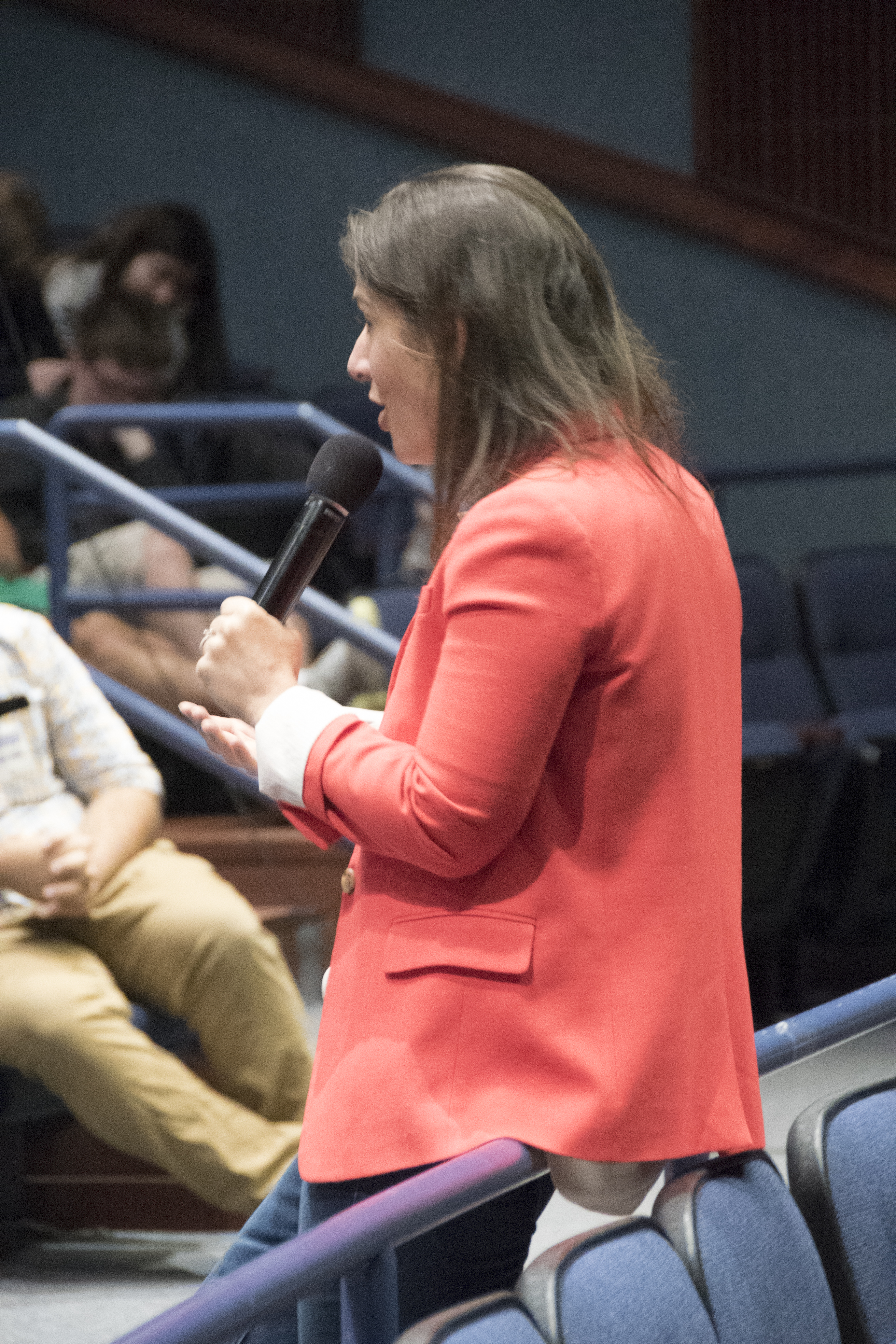