// It was a cool 57° at gametime, but the Acalanes women’s water polo team brought the heat, defeating a visiting San Ramon Valley by a score of 9-4 in the NCS Open Division semifinals on Wednesday, Nov. 7.

Junior Jewel Roemer won the opening sprint, and the Lady Dons scored on the very first possession of the game.

Fifteen seconds in, senior Lexi Rowell scored a goal with an SRV defender hanging on her back.

Later in the first quarter, Roemer rose up out of the water and scored a beautiful goal from way beyond the five-meter line.

Roemer scored yet again later on a fastbreak pass from Lexi Rowell.

On the defensive end of things, the Lady Dons held tough through three six-on-five power plays by SRV, not allowing a single goal in the first period. 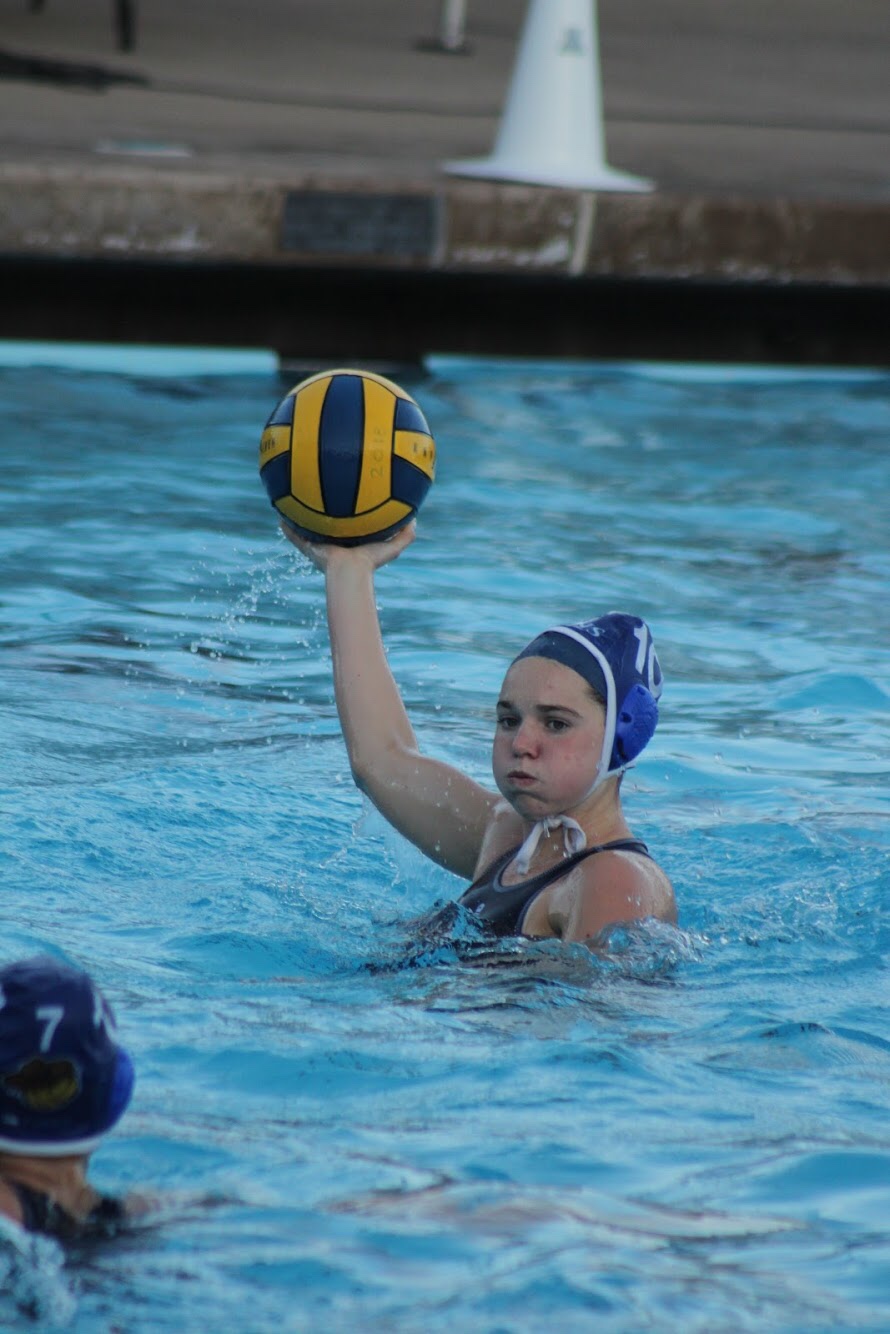 At the end of the first period, Roemer scored her third goal of the game on a penalty shot to make the score 4-0 in favor of Acalanes.

SRV finally got on the board, converting on a six-on-five opportunity.

Roemer scored two more goals as the Lady Dons went up by six goals at the half.

In the third period, SRV scored twice to cut the deficit to four before Lexi Rowell scored again at the end of the period.

Lexi Rowell scored once more in the fourth.

Another SRV goal proved inconsequential, as the Lady Dons won by a final score of 9-4.