Kalil: Was an undefeated season on your radar entering season?

Buchel: Yes, when we lost our last game in the 2017 NCS semifinals in sudden death overtime last year, I said to the returning some of the returning girls, ‘We’re not losing one next year.’ We said, ‘We think we have a team to have a season for the ages.’ And they did it.

Kalil: What did it mean to you and the team to finally win the Acalanes Invitational after ten years of having hosted the tournament?

Buchel: Even though it’s our own, it’s not the most important regular season tournament that we play. It’s a way to plant a flag and demonstrate to the rest of the teams that are out there that we’re the team to beat.

Kalil: What are some factors in the pool that made this team so successful regarding the X’s and O’s of Water Polo?

Buchel: Our defense is what are our calling card is. I looked going into the championship game, and we had averaged giving up five goals a game, which for water polo is outstanding. We figured teams out as the game went along. Maybe in the first quarter, you’d get a couple of goals on us, but then I think if you look at our second and third quarter numbers, they were spectacular. We figured you out. You’re not going to score against us. 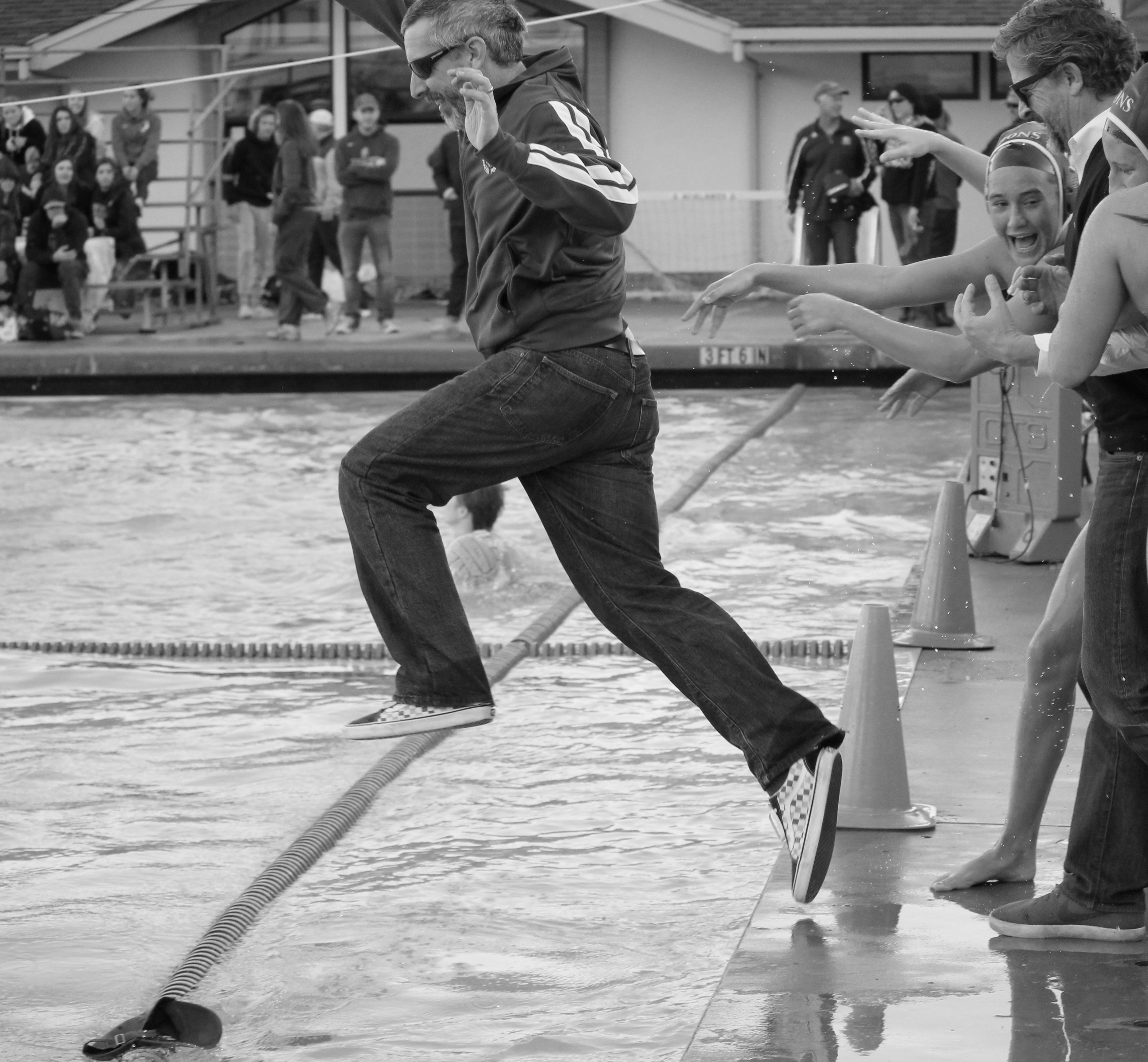 Kalil: What are some factors outside of the pool that made this team so successful in terms of team chemistry?

Buchel: We were not just a very senior-heavy team. We had three super important seniors, but we had four juniors that all played a hugely significant role. We had a group of sophomores that were all important. The fact that we had young and olds on the team playing important parts helped them make a more nurturing environment. Because we had people contributing from every grade, everyone was tied in together, and the seniors were really instrumental in making sure that the underclassmen felt included. It made for a much more sisterly relationship.

Kalil: So what was your team’s reaction to the CIF Championships?

Buchel: At the moment, we were devastated because we had gone from playing an NCS championship on Saturday to Monday, to Wednesday, to Thursday, and then not getting to play it at all. So now we’re like, ‘all right, well at least we got theseNorCal championships where we get to measure ourselves.’ It was the NCS game that I think the girls wanted more than anything. We had already won an invitational at the end of the season where we had proven ourselves against the schools from all over the state. But, at least we were going to get a final. Then, we wake up to an email that says the season’s over. I gave what I think was a pretty good speech to the girls afterwards saying, ‘There are lessons here. Number one: we have our homes, we have our families, and we haven’t lost any of those things. This shows why you play every game as hard as you can because you never know what’s gonna happen after.’ We had to play the game of that NorCal Invitational without our goalie. She was ill after the semi-final game; she’d taken a shot to the head. There were parents that made the comment of, ‘Why do we even bother to play this game? We can’t win, so what’s the point?’ I said to the girls going into that game, ‘We’re going to do our best to get the result.’ We won that game. If we played that game ten times, we’d probably lose seven or eight of them, but we won it. The message that I gave the girls when we thought that everything was off in that hotel in Fresno, I said, ‘Imagine how we would feel if we had lost that game.’ And then we never got the opportunity to play another championship game to redeem that or flip it around. Imagine what Leland feels like having lost that game. Now they don’t get the chance to try to avenge that. And then an hour later, all that gets undercut by the fact that we get to play the NCS final after all. But it was a good speech.

Kalil: What does this undefeated season mean to you in the program?

Buchel: I mean, it’s a season for the ages. Those banners are going to hang in the gym forever. These girls will come back and sit in that gym or be on the pool deck here and remember that we were one of the best teams that has ever come out of this section. Whenever anyone looks at the NCS brackets online, they’re going to see that that Acalanes team was the best one by a long shot. It’s a special thing.

Kalil: Acalanes women’s water is certainly a program on the rise, with two NCS championships in the past three years. What can we expect for next year and the future of the program?

Buchel: I think this was probably our peak in terms of the balance of depth and talent. I think next year we’re still going to be very, very good, when you look at what other teams are graduating. I like our chances at being the team to beat next year as well. It’s tough with what we’ll lose, but we feel like we’ve established a pattern of success that hopefully the younger ones, when they have to become the leaders, they’ll carry on and pass it forward. It keeps going.