// The Acalanes men’s basketball team held off a physically talented De Anza squad 57-51 on Friday, Dec. 28, earning themselves a spot in the Chris Huber Classic Final. They will face off with Tamalpais of Mill Valley on Dec. 29 at 5:30 in the Big Gym.

Acalanes flew out of the gates, getting off to a good start. Thanks to the help of co-captains Scott Ruegg and Ian Archer along with sophomore Joey Carrillo, the team was able to gain a six-point lead after the first quarter, 22-16. The Dons would only score nine points in the second as De Anza cut the lead to four at the end of the first half, 31-27.

In the final seconds of the third quarter, a De Anza shooter was fouled as he hit a three. After completing the four-point play with an and-one free throw, De Anza was within a single point, 39-38.

The fourth quarter would prove to be a battle as both teams went back and forth in scoring for seven consecutive minutes.

With just 51 seconds on the clock, junior Aidan Bodner hit two clutch free throws to give Acalanes a 54-51 lead. 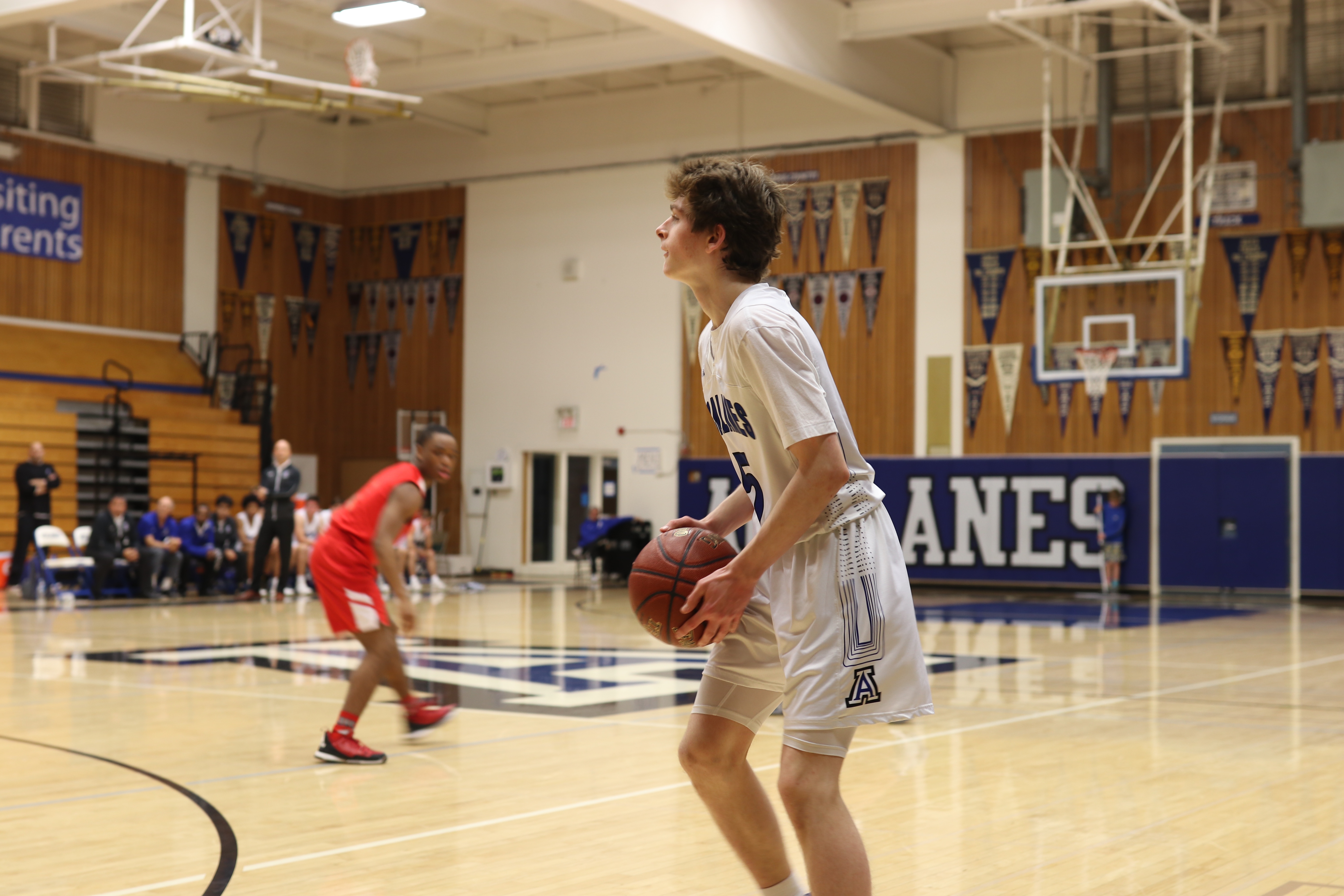 After forcing a stop on the other end, Acalanes would extend its lead 56-51. After hitting an additional free throw, Acalanes won 57-51, advancing to their third consecutive Chris Huber Classic Championship.

“It was honestly nerve-wracking,” head coach Sol Henik said. “Every play was critical; it came down to the wire.”

“There was sort of a revenge factor to tonight,” Henik said.

Tonight, the Dons take on Tamalpais in the championship game. Tamalpais enters this round having beat Antelope in the first round and Montgomery in the semifinals.

According to Henik, the Dons will have to overcome a size disadvantage to win it all.

“Tamalpais is a very big and athletic team,” Henik said. “We are going to have to run a clean, crisp game.”