In the first quarter, Acalanes came ready to play. 33 seconds in, senior guard and co-captain Ian Archer drilled a deep three-pointer from around the center court logo. Acalanes would open up the game scoring the first seven points. At the end of the first, Acalanes had a 16-8 lead. After building their lead to over 15 points in the second, Tamalpais began trimming into that lead with backcourt pressure. At the end of the first half, the Dons’ lead was just 32-27. Before halftime, junior Aidan Bodner left the game due to an ankle injury and did not return.

Midway through the third quarter, Tamalpais would take their first lead of the game 40-39. At the end of three quarters, Tamalpais was in control 46-40.

With 6:47 to go in the fourth, sophomore starter Joey Carrillo fouled out as he was called for an illegal push while going up for a rebound. Later in the quarter, senior guard Jack Wickline also fouled out of the game. Down three players, Acalanes had their work cut out for them. With under two minutes remaining, Archer was hit while shooting a three and awarded three free throws. After hitting two out of three, the Dons trailed 60-61. After two missed Tamalpais free throws, Archer found sophomore guard Jackson Aris-Dumas to lay the ball in, giving the Dons a 62-61 lead with 6.6 seconds remaining. 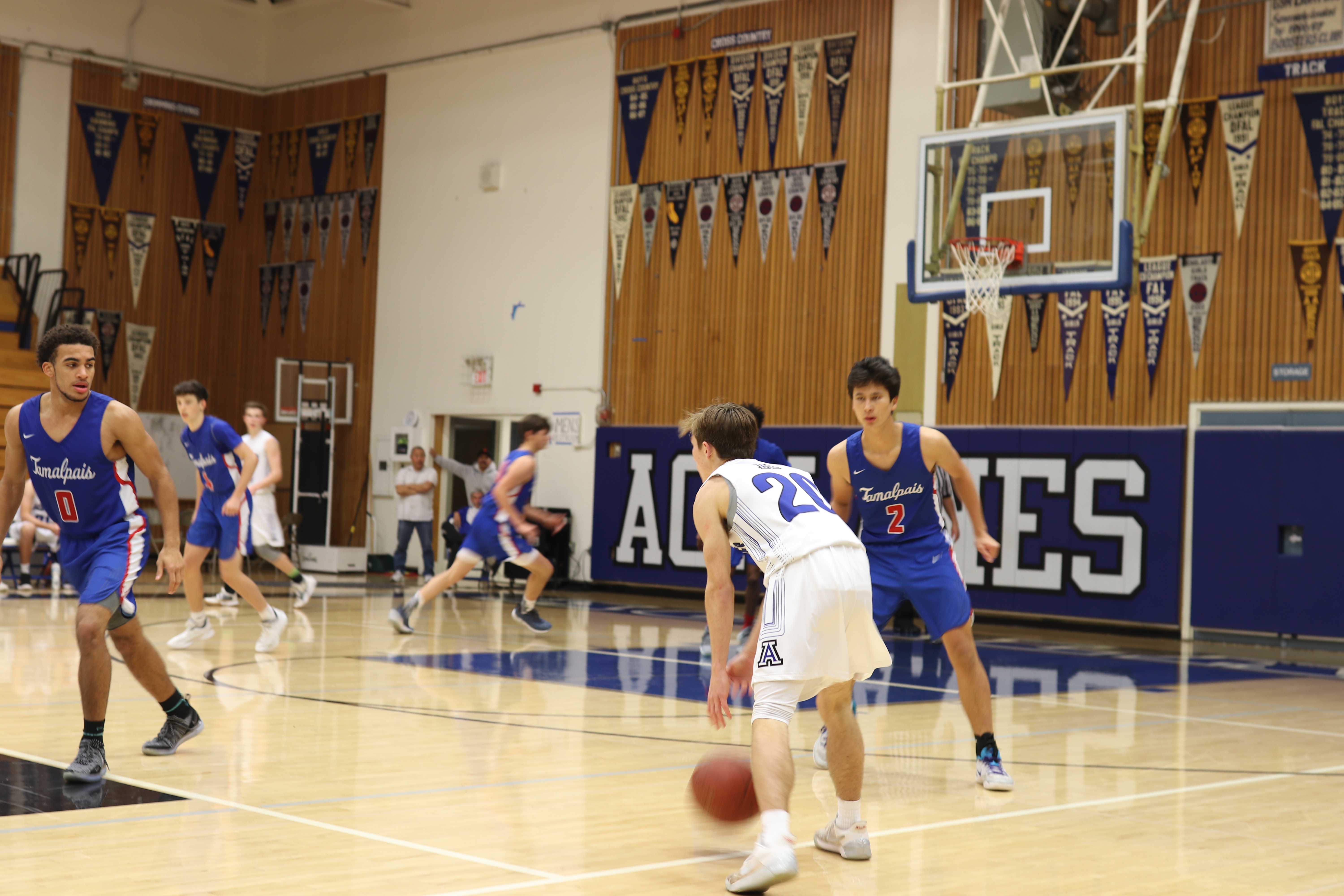 All they needed was a stop. Tamalpais inbounded the ball and threw it upcourt. A Tamalpais player drove to the hoop and hit a contested bank shot with 1.1 seconds remaining. Acalanes would miss a game-winning three-point attempt and lost 63-62.

“It was excruciating,” Archer said. “The atmosphere was great, the crowd was great, but we just came up a little bit short.”

Archer scored a team-high of 19 points with two makes from beyond the arc. Ruegg added 10 points. Junior center and Blueprint sports editor John Kalil tallied a season-high 13 points off the bench.

After the game, Archer was named part of the all-tournament team.

Coming up, the Dons will head to San Lorenzo on Jan. 5. On Jan. 8, they begin league play against Miramonte.

According to Archer, the team will need to keep improving.

“We are getting better and better,” Archer said. “But at the end of the day, we can only control what we can control.”