// The men’s basketball team endured a tough loss to rival high school Campolindo 43-66 in front of a sellout crowd on Thursday, Jan. 24, bringing their overall record to 6-14.

Acalanes were massive underdogs coming into the game as the visiting Campolindo Cougars were ranked number 44 in the state by MaxPreps. Despite Campolindo being heavily favored, Acalanes entered the match-up with confidence. The Dons managed to force Campolindo into taking tough shots, and the offense remained steady. At the end of the first quarter, Acalanes trailed 10-11.

After keeping it close halfway through the second quarter, Campolindo began gaining momentum and started to wear down a tired Dons squad. The Cougars led by as many as ten, ultimately earning a nine-point advantage by the half, 30-21.

In the third quarter, Acalanes began to unravel. Campolindo pushed the lead to twenty as the Dons failed to consistently stop Campolindo’s interior basket attack. By the end of the quarter, the Dons found themselves in a massive hole, 31-50. Acalanes went on to lose 43-66. 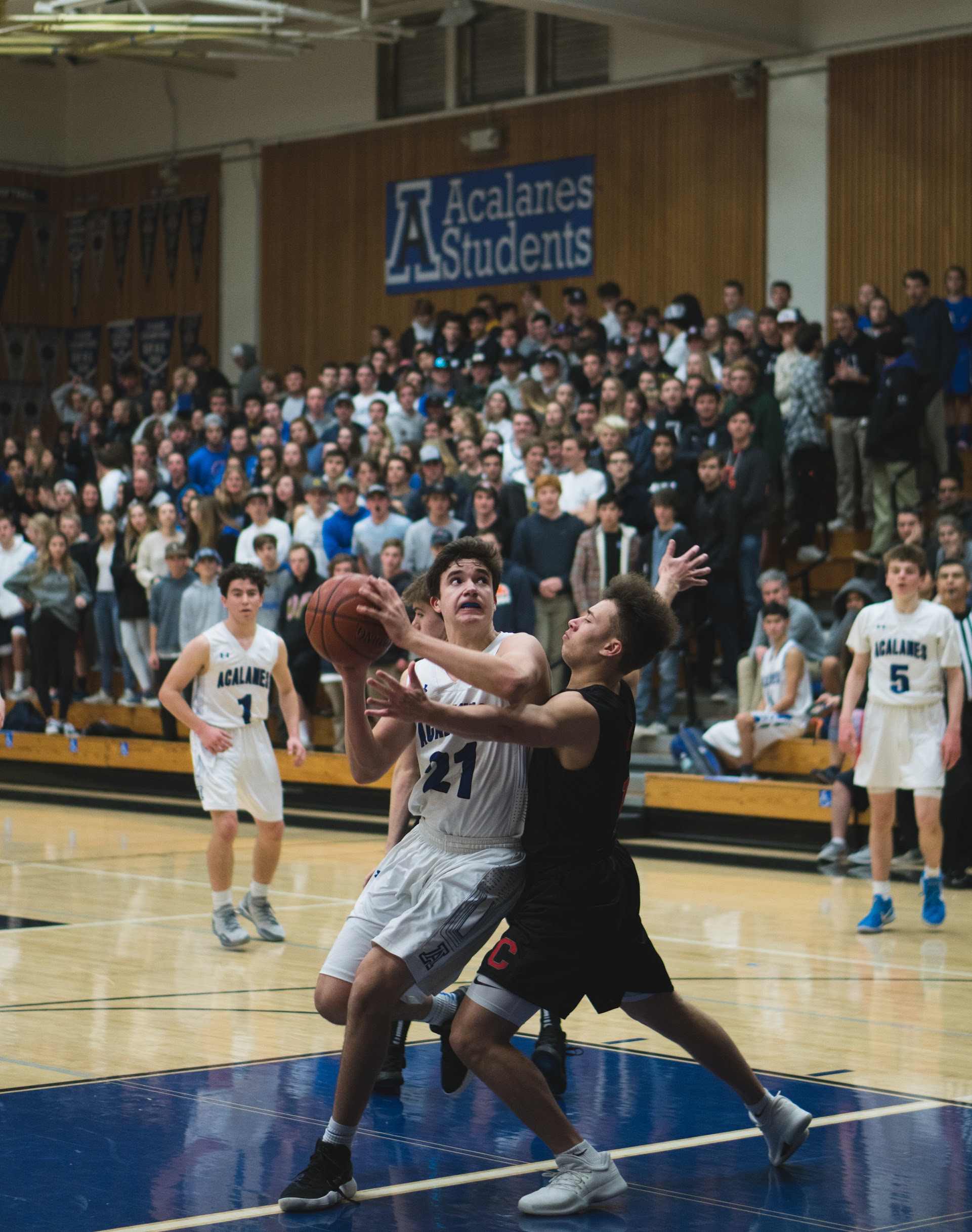 “We played hard but lacked composure and failed to execute at points in the game,” senior center Jackson Kirke said.

Acalanes will now face Clayton Valley on the road. On Jan. 31, the team will re-match against Northgate, having previously lost at the homefront.

“We look forward to getting another shot at these teams,” Kirke said.