// The men’s basketball team picked up its signature win of the season over Diablo Athletic League (DAL) powerhouse College Park 85-76 on Wednesday, Feb. 6 at home. This win was Acalanes’ first league win of the season, after dropping the first ten.

Following an energetic first quarter of play, Acalanes outscored the Falcons in the second 15-14, ultimately trailing 32-30 at the half. After halftime, the Dons went on a tear and never looked back.

Acalanes burst out the gates in the second half, opening on a 21-12 run, leading by seven points midway through the third quarter. The Dons scored point after point with a ferocious attack off turnovers and on fast breaks. At the end of a spectacular quarter, Acalanes gained control, 59-51.

With momentum and an electrified crowd, Acalanes continued its dominance in the fourth quarter, with sophomore Jackson Aris Dumas and junior Aidan Bodner in the forefront. Seniors Jackson Kirke and Ian Archer both added tremendously in a great defensive effort.

In the end, the Dons won 85-76. As soon as the buzzer sounded, the team ran out to celebrate a magnificent turnaround win. 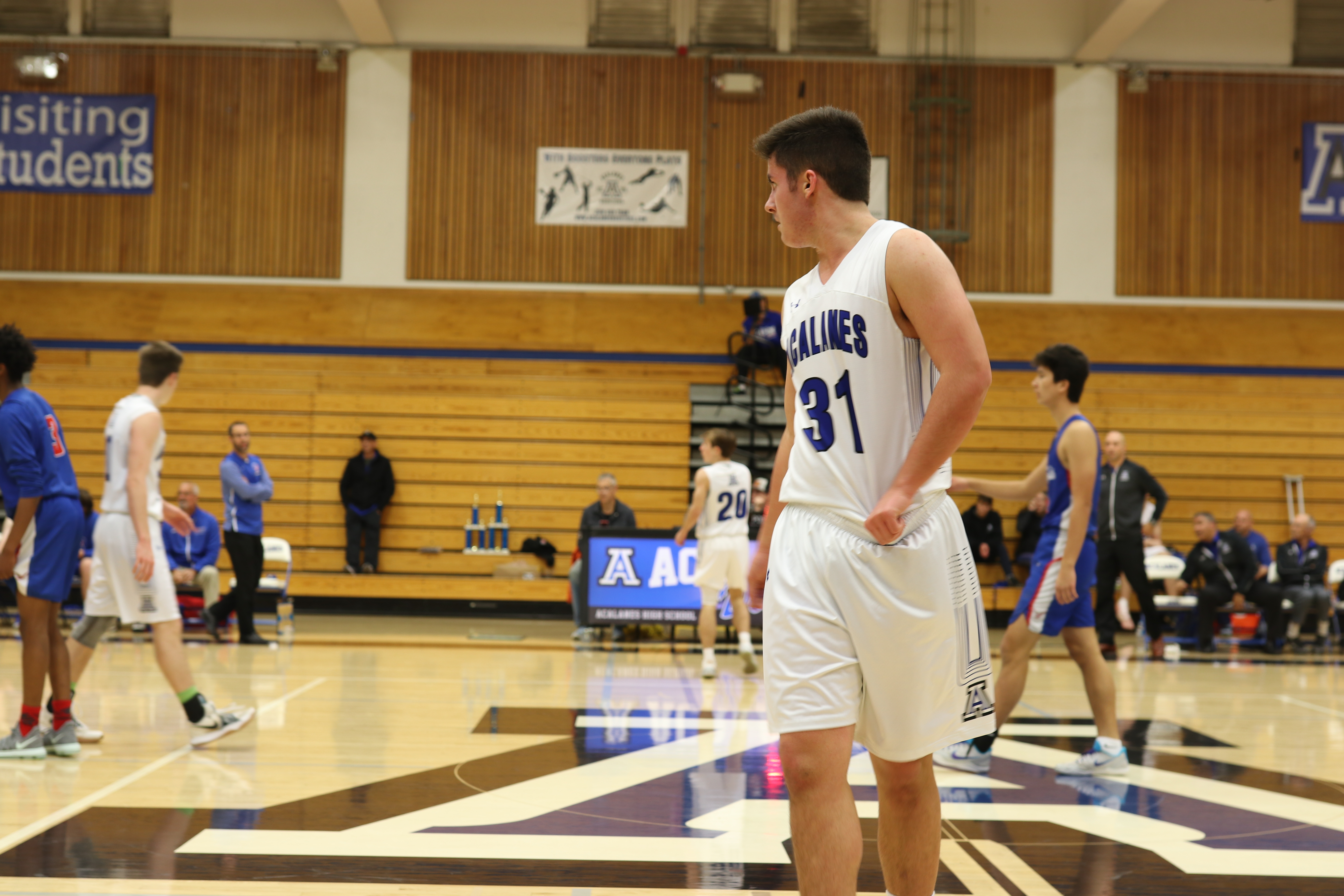 “It was a testament to the team to be able to come out after losing ten straight and upset the second best team in the league,” Archer said. “It was a great feeling for everyone.”

Aris-Dumas was the man of the night with a varsity career-high of 20 points and three makes from beyond the arc. Archer and Bodner both added 15 apiece. Kirke added ten points on the game.

For their final game of the season, the Dons will host Las Lomas tonight on senior night, a game where seniors are honored before their last home game. This game is a must-win for the Dons to qualify for the North Coast Section (NCS) playoffs.

Tonight will also begin a new tradition at Acalanes. Popularized by Taylor University in Indiana, a silent night is one in which fans remain hushed until their home team scores its tenth point.

According to Archer, he has high hopes for his final regular season home game in a Dons jersey.

“I want to help all the senior get career highs and hopefully win the game,” Archer said.