// The four-seeded women’s basketball team fell in heartbreaking fashion to the five-seed Redwood Giants of Larkspur by a score of 65-57 in the North Coast Section (NCS) Division II quarterfinals on Friday, Feb. 15 at home.

Right out of the gate, Acalanes came out firing on all fronts. Junior Lauren Kobashigawa buried a three-pointer 22 seconds into the game. Sophomore Gabby Schneider quickly scored two baskets, and Acalanes sprung out to a lead, 7-0.

In the second quarter, the Giants outscored the Lady Dons 12-9 to extend their lead to five points by halftime, 31-26.

Acalanes inched closer towards Redwood in the third. Sophomore Grace Gebhardt led the way, and Acalanes managed to trim down the deficit, heading into the fourth quarter 38-36.

Redwood then jumped out on a 12-5 run and took a nine-point lead with three minutes remaining.

As the clock reached 45 seconds, Redwood stayed in front, 51-45. Running out of time, Gebhardt hit two clutch three-pointers, and the Lady Dons stopped Redwood on an intentional foul. With 15 seconds remaining,  Acalanes trailed 54-51. They would need a three-point make to force overtime. 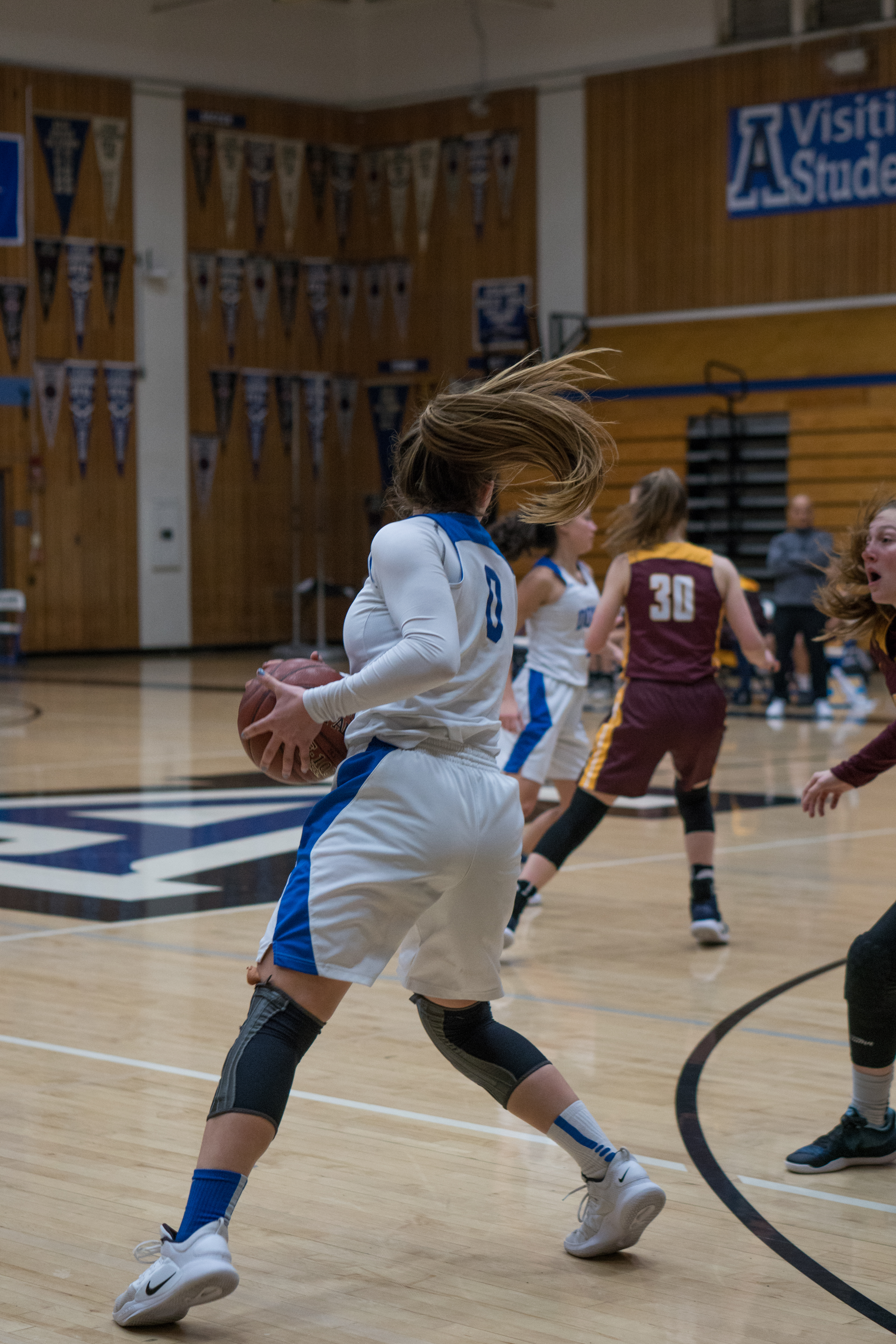 With seconds remaining, junior Kaylee Pond passed the ball to junior Lauren Frechman, who drilled a three with just four seconds remaining. Time expired, and at the end of regulation, Acalanes and Redwood were tied with 54 apiece.

With four minutes to grind out a victory, the Dons entered the extra period with momentum in their favor. Right off the bat, however, the Giants opened on a 7-0 run and leaped out to a 61-54 lead. Holding the Lady Dons to just three points, Redwood dominated overtime as Acalanes lost a nail biter game, 65-57.

“We had our chance and fought hard, but it was a heartbreaking loss,” Kobashigawa said. “In the end, we could not gain enough momentum to go on a run and pull away.”

Gebhardt led the way with a team-high of 19 points. Kobashigawa added 11 points and three makes from beyond the arc.

Despite the loss, Acalanes still has the possibility of qualifying for the California Interscholastic Federation (CIF) state championships. According to Kobashigawa, she feels the team may have another shot at redemption.

“I am super excited and hopeful that even though we lost, we still might have the opportunity to continue with our season,” Kobashigawa said. “I think everyone on the team would agree that we have unfinished business.”