// While most students’ biggest achievements include grades or the starting lineup, sophomore Max Simas’ accomplishment stands apart; he played the drums as part of the esteemed All-State High School Jazz Band, which performed in Fresno on Feb. 14 as part of the California Band Directors Association (CBDA) convention.

The High School Jazz Band is one of several ensembles that perform at the All-State convention. Simas was the sole drummer accepted into the band.

“It’s a very prestigious honor to get to place since there are so many people in California that apply,” Acalanes band instructor Lauren Gibson said.

To be accepted into the esteemed band, applicants perform various excerpts of songs in front of a panel of licensed musicians and music educators. Applications were submitted by Dec. 1.

Although there is no monetary prize or award, Simas will gain access to networking and recognition.

According to pianist and junior Maverick Fabela, Simas’ social nature is invaluable in the industry.

“The music world is really small, so he’ll get to go and meet incredible directors and work with really top-notch musicians and jazz educators when he’s there,” Gibson said. 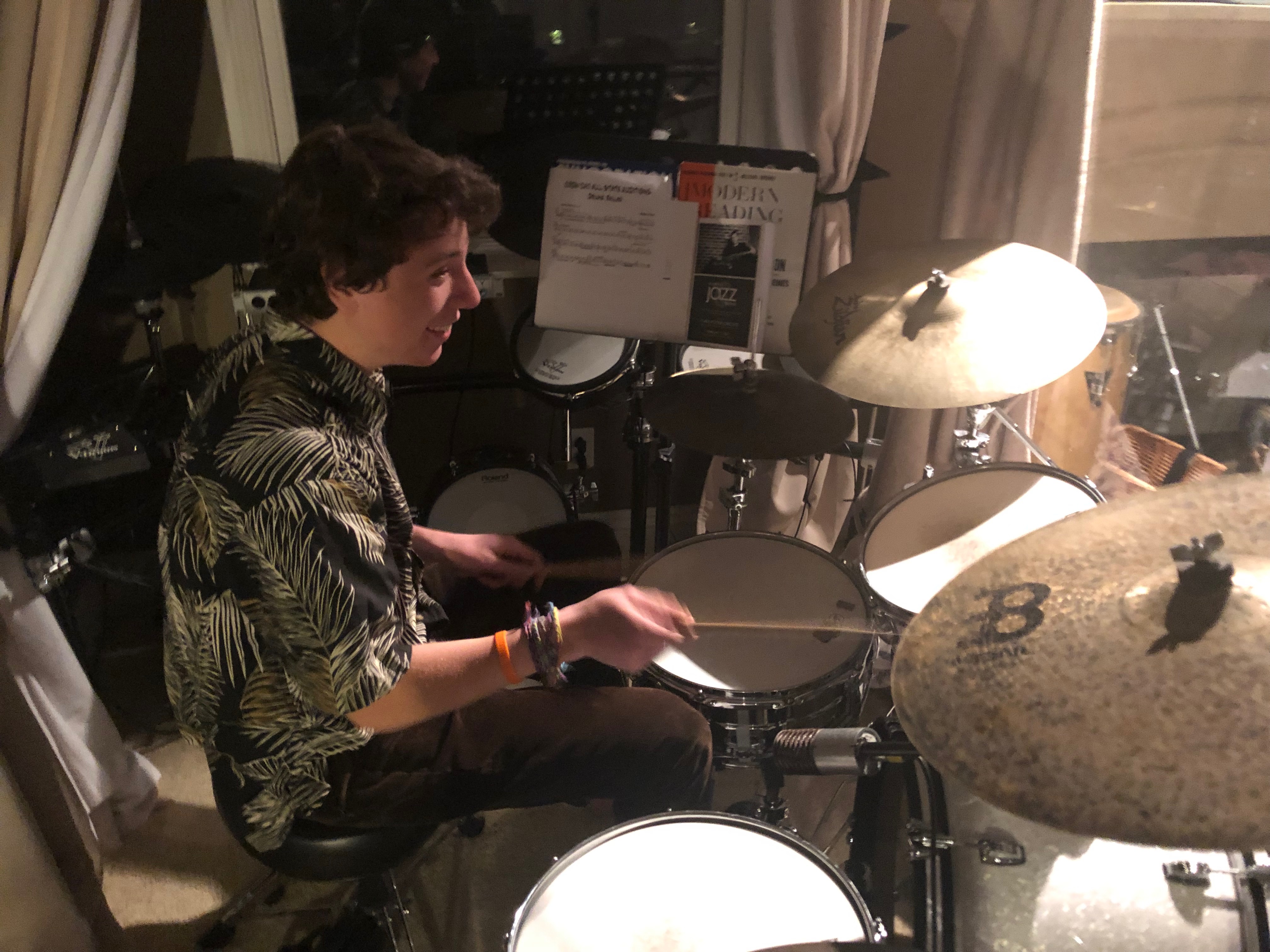 Simas, who began practicing music seriously in the seventh grade, had previously played in the County Honor Jazz Band. This year, however, was his first time playing for the All-State band.

“It showed me that I can really push myself and go above and beyond my expectations,” Simas said.

The band played five of its seven previously-prepared charts at the convention last Thursday.

“It was super fun and all the musicians there were not only insanely talented, but they were also super nice and respectful dudes,” Simas said.

Simas currently practices with the Acalanes Jazz Ensemble during the zero period on Mondays and Wednesdays, as well as two hours at home every night.

“He always has a smile on his face and has a great attitude. He has improved a lot since I met him and continues to get better because of his love for drumming,” Fabela said.

Simas hopes to improve and get involved in the music industry as a future career. His new song, ‘Only What You Need,’ released on Feb. 8 and is currently available for streaming on multiple platforms.

“He’s the heartbeat of the band,” Gibson said.