// February is Black History Month; Acalanes’ Black Student Union (BSU) teamed up with the Acalanes Leadership Diversity board to put on a week of activities to celebrate Black History Month for the first time from Feb. 11 to Feb. 14. A week of discussions, emotions, and open dialogue, the event has the potential to become an annual occurrence on campus and provide more insight into the black community.

Most prominently, the week included the screening of the critically-acclaimed movie, “The Hate U Give,” and a lunchtime viewing of the television show, “Blackish,” followed by a discussion about the use of the n-word on campus.

Acalanes students arrived at the library at 7 p.m. on Monday, Feb. 11 to watch the BSU screening of “The Hate U Give,” many excited and buzzing about the movie. With over 150 students in attendance, the screening was quantitatively a success. BSU and the Diversity Board chose the film as it relates to the violence being inflicted upon the black community right now. A film focusing on what it means to be black, “The Hate U Give” gives an insightful and realistic glance on what being black is like in a crime-heavy, primarily African-American neighborhood.

With only one percent of the Acalanes student population identifying as African-American, according to the 2017 Acalanes Graduate information, it is safe to say that most students attending Acalanes do not experience racial oppression concerning the black community. Starr Carter (Amandla Stenberg) portrays a highschooler bouncing between her white prep school and her black neighborhood. Carter feels ostracized from both communities, not fitting in with the rich (white) prep school kids and being cast as ‘too white’ by her neighborhood friends. Josie Griffin, senior and Co-President of BSU, noted why this film was so crucial for Acalanes students in particular to watch.

“Nowadays, I feel like people think that being black and acting black is cool and fun, but at the end of the day, this is the reality of it,” Griffin said.

Katherine Walton, the Leadership advisor on campus, added, “I think we’re making progress, but when we’re not talking about things I think that is when we are at a standstill.” 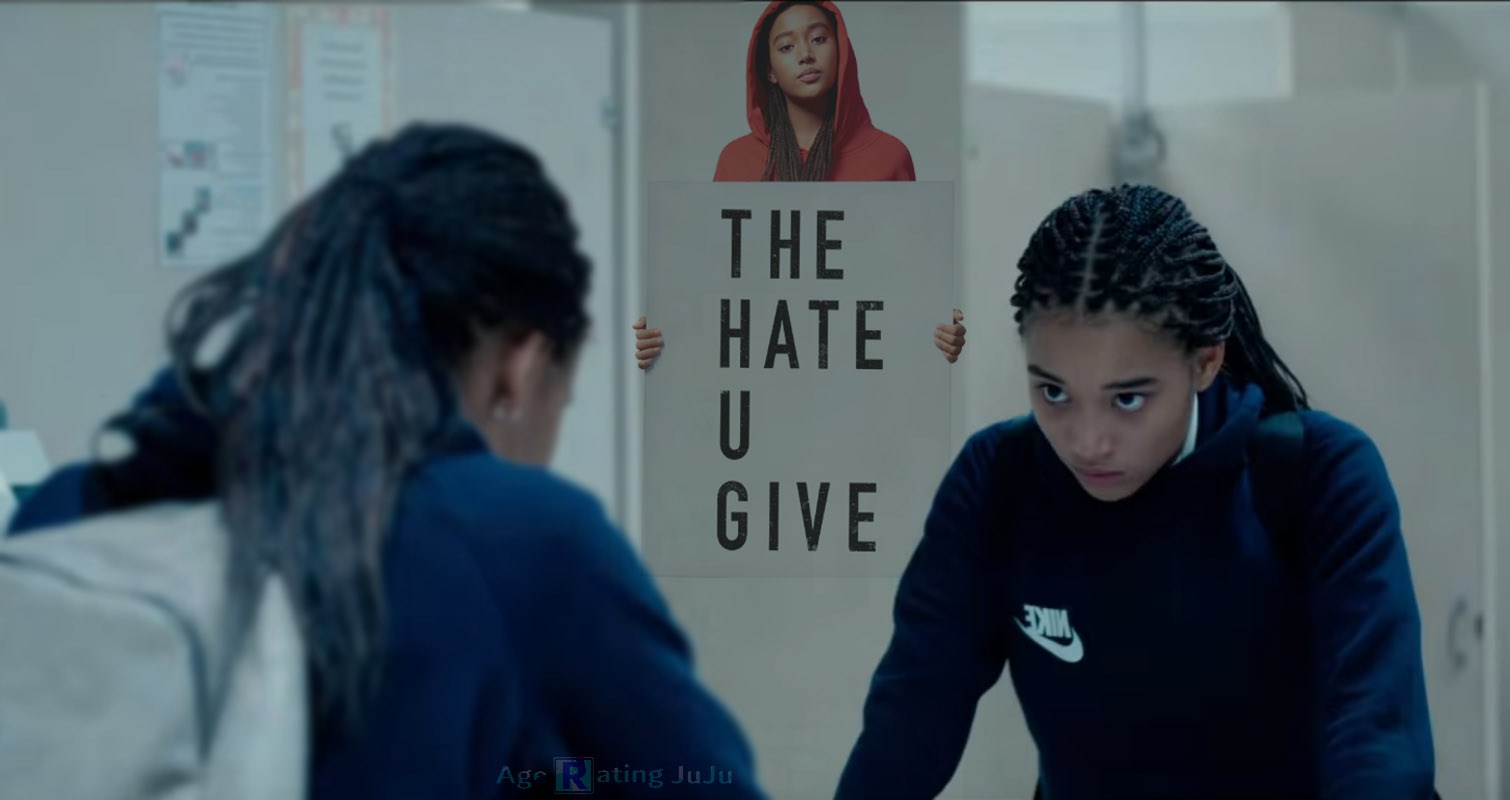 “The Hate U Give,” Courtesy Google Images

BSU aims to spread community and unity among campus and club members, the film serving not only as a discussion point but as a unifier for students to experience the emotion and power of the film together.

The film touches closely on police violence and aggression, realities that a typical Acalanes student does not often worry about.

“We wanted Acalanes students to feel the oppression. I wanted them to feel anger mostly, and put that into wanting to change, and unfortunately, they are probably only going to feel it for now, and then they’ll go back to their regular lives; but, you know, a second can do something,” BSU member Jaedyn Boynton said.

The lunchtime viewing of an episode of the television show, “Blackish,” followed that Wednesday in room 314 by an important discussion around the n-word and its use at Acalanes. The conversation included the discomfort of the word surfacing in literature, such as “The Adventures of Huckleberry Finn” and “To Kill a Mockingbird.”

“I spoke to someone in BSU, and she brought up the topic of when we read books like Huckleberry Finn or Tom Sawyer, and the n-word isn’t censored, it makes her feel uncomfortable, but as she is the only black student in the class, so she feels awkward to speak up.” Junior Maddie Wilson said. “She says that it would be much better for a white student were to speak up.”

BSU has hope that Acalanes students will recognize their privilege and use it to advocate for justice for the African-American community, and not write it off as ‘not their issue.’

“The best thing I learned is to use my voice,” Wilson said.

Communities won’t make a change if people refuse to act and advocate for it. According to Griffin, “The Hate U Give” is a prime example of the power of unity and determination of a community. The hope is for Acalanes students to take to heart the actions and injustices of the film and apply them to the community and their own lives.

To join the Black Student Union, students can attend their weekly meetings, held every Tuesday and Thursday in room 507 at lunch.