// To all students dreaming of becoming an actor or actress, becoming an Improvadon might just be the right course of action. The student-led club focuses on a form of spontaneous performances called improvisational theatre, or improv, and hopes to interest prospective students.

The club meets every Wednesday at Academy in the Drama room and is led by junior Chloe Parmalee alongside sophomore Megan Crane.

“Megan and I started the club because it’s been a floating idea for the past couple of years. Megan and I have been acting since forever and really wanted to bring something new to the table with our passion for acting,” Parmalee said.

The pair gained inspiration from a 2018 summer trip to Chicago, in which they took a two-week improv camp through a group called Second City.

“The purpose of Improvadons is to bring a new branch of Drama to our school. It’s a really fun way to expand our drama program. Improvadons is something no other school in our district has,” Parmalee added.

The club currently originally started with 9 members but has now grown to 14.

“Megan and I come up with new material for each week to help our group grow. Sometimes it can be hard because some people may not feel comfortable, but we try to really work around that. We try and push our members to grow and feel more comfortable in situations onstage,” Parmalee said.

Improvadons must be quick on their feet to quickly act out scenarios.

“It takes a lot of practice and perseverance. However, when you are in a scene and it starts to work it is one of the best feelings ever,” Club member and sophomore Isabel Powell said. 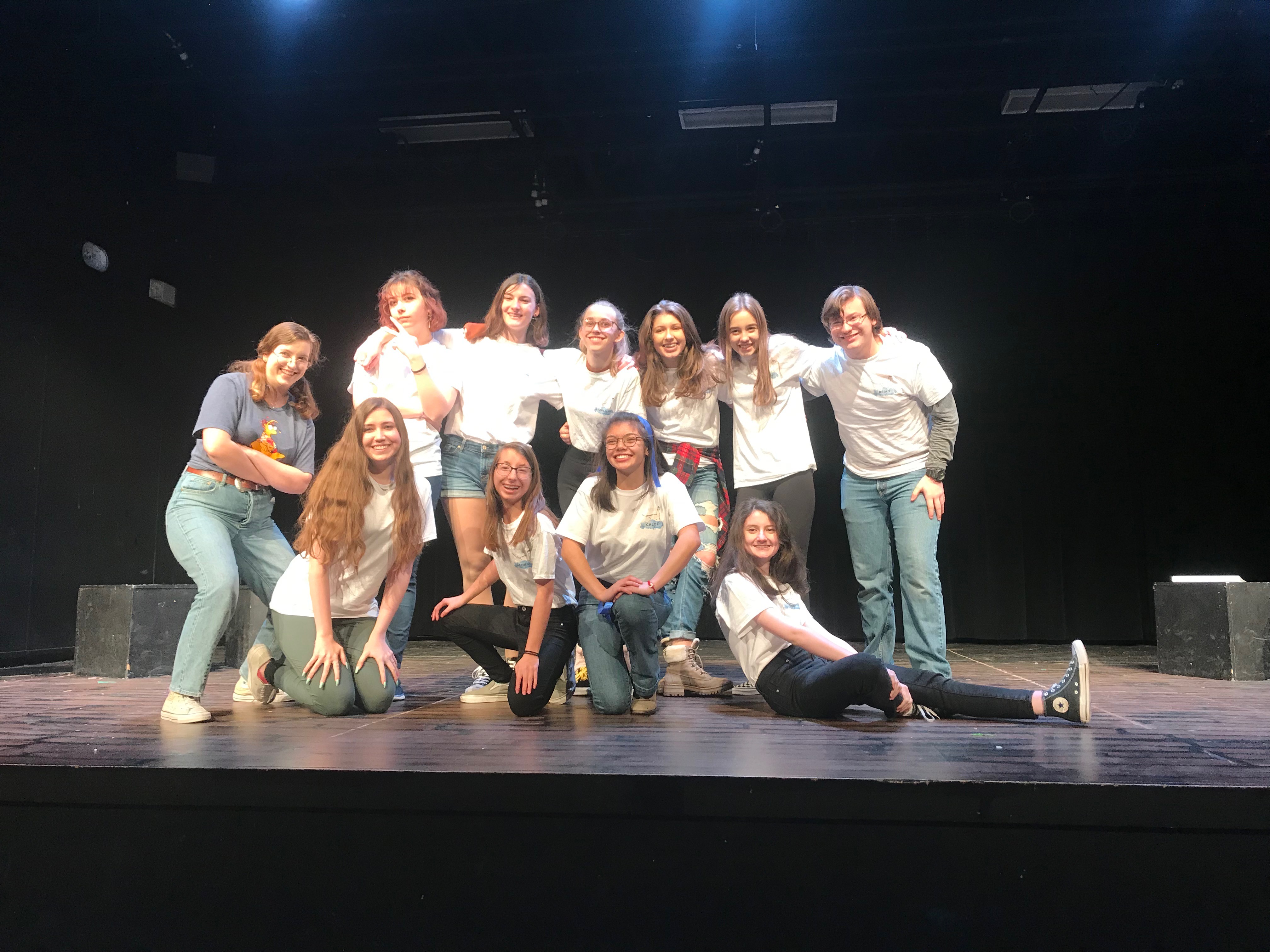 The club had its first ever performance at lunch on February 24.

“It was interesting because it was so different from anything I’ve ever seen,” sophomore Rejina Roufegarinejad said.

During the performance, the audience drew cards that dictated the scenario of the act.

“It was very entertaining because it was funny and they kept switching it up,” Roufegarinejad said.

“They’re really rehearsing and directing everything themselves,” Meehan said.

As for prospective improv students, perseverance is key.

“My best advice is if you are looking to start improv, stick with it and don’t give up, even when it doesn’t work,” Powell said.