// It was a beautiful spring evening to celebrate the life of a cherished member of the Acalanes community.

This past Friday, April 14, students, parents, and community members came out to commemorate the life of Matt Lynn at the Matt Lynn Memorial Lacrosse Game.

A 1999 graduate of Acalanes and a three-sport athlete, Lynn went on to win a national championship in lacrosse while attending the University of California, Santa Barbara.

Lynn returned to the program he loved so much, assuming an assistant coaching role for the Acalanes lacrosse team.

Lynn was diagnosed with brain cancer but battled the illness for four years before passing away in 2009.

During his treatment, Lynn continued coaching at Acalanes and demonstrated to his players an unyielding passion for life. 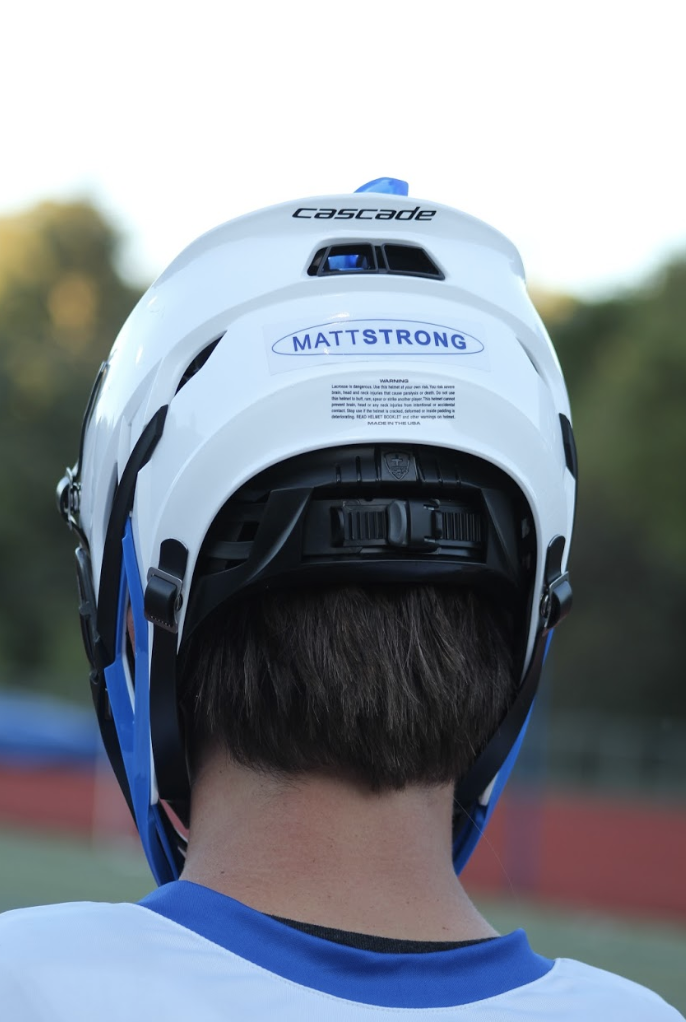 The annual memorial game was set up in Lynn’s honor to raise funds for the Matt Lynn Scholarship which supports Acalanes athletes going on to play college athletics.

A sticker which read “MattStrong” adorned the Dons’ helmets, and players on the team wore crazy dress socks in memory of Lynn, who wore bright socks during games.

The Dons came out fired up to defeat the Broncos of Northgate in front of a home crowd and especially Lynn’s family.

Sophomore Will Burley won the faceoff, and junior Charlie Bettencourt scored on the opening possession. Senior Jack Wickline notched the team’s second goal from deep off an assist from junior Renn Strandberg. Senior Tucker Loughran-Smith scored an underhand goal, and a brilliant save by sophomore goalkeeper Henry Rogers at the end of the period made the score 3-0 at the horn.

“We were fired up to come out hot and set the pace of the game quickly. We also wanted to play for Matt Lynn and his family,” junior Matt Hess said.

The second quarter was more of the same, as a stifling Dons defense held the Broncos to one measly goal at the end of the half.

“We were able to shut off and control Northgate’s better players and to help one another off the ball,” Hess said.

The offensive barrage was highlighted by junior Avery Howell scoring from in close, and senior Reed Watson scoring with a strike over the shoulder with his back to the goal.

The fact that the Broncos equaled the Dons in scoring during the second half mattered little, as the final score read 15-7.

Six players scored for the team, including three goals apiece from Loughran-Smith and Watson and two goals from Bettencourt, Wickline, and Howell. Junior Ben Clark added one goal.

All in all, the day was an excellent way to honor the life of someone who meant so much to Acalanes.

“Matt had such a big influence in the program and the community and we wanted to honor his sacrifice,” Hess said.