// Acalanes’ student-run newspaper, Blueprint, won first place for Overall Excellence in the county-wide Lesher Journalism Awards contest for the second year in a row in a ceremony on May 15.

Recently, Blueprint staffers also received nationwide acknowledgment in the Quill and Scroll contest sponsored by the University of Iowa, 14 awards in the California Press Women’s Association contest, and 6 awards in the Project LPIE contest.

“This is an amazing tribute to the outstanding accomplishments of Blueprint,” Larry Freeman, Blueprint co-advisor said. 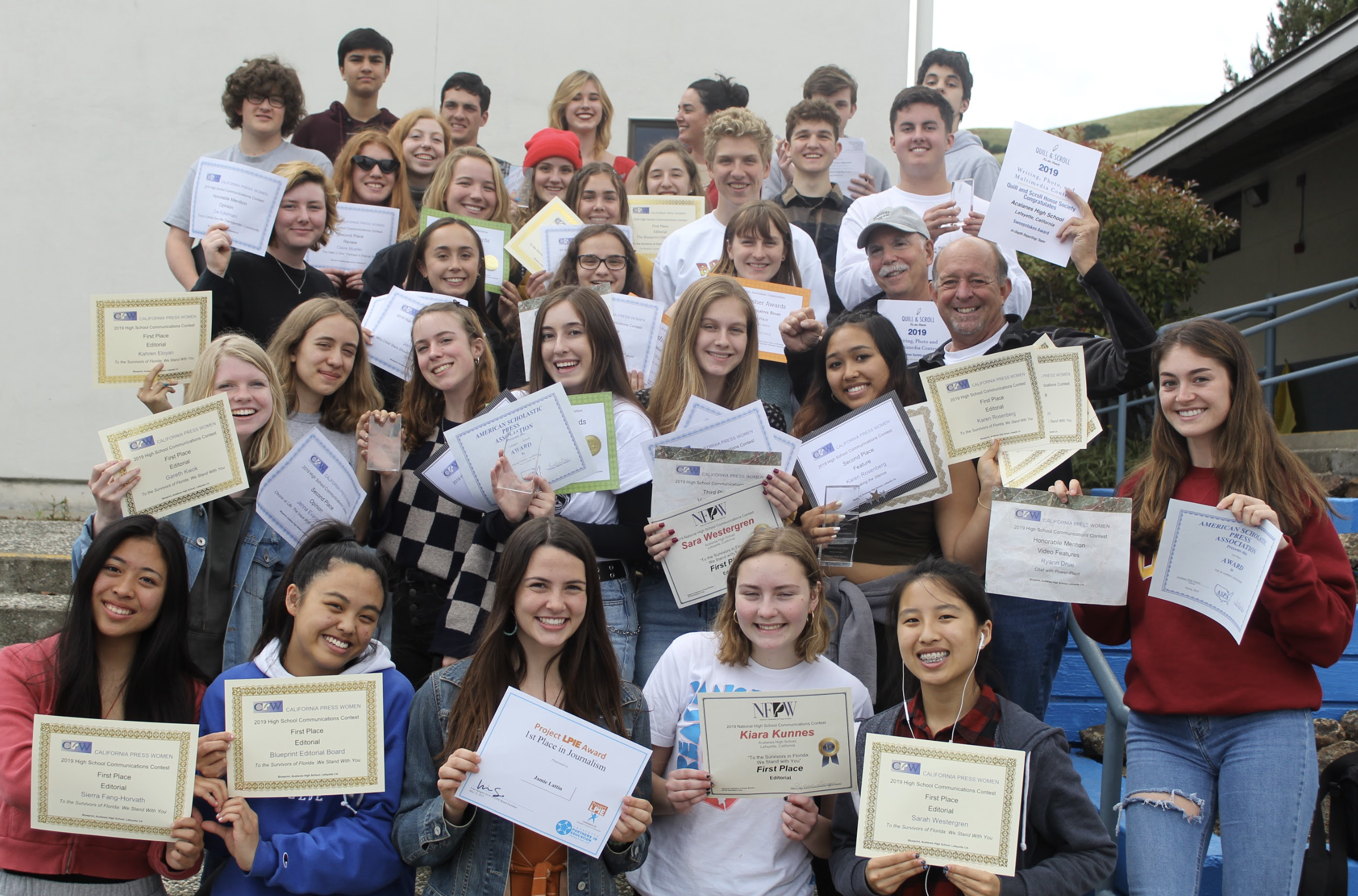 Anne Thiselton-Dyer, honorable mention opinion, use of the N-word in school

Most Outstanding Supplement, Schools Under Siege