// While the majority of the Acalanes High School staff and students slept in on Saturday, August 25, a group of teachers jumpstarted their weekend with an early morning swim at 8:45 A.M.

According to Counselor Anne Schonauer, the group chartered a boat from Sausalito to Alcatraz, from there, they then swam to Chrissy Field, a total of around two miles.

Schonauer is an open water swimmer and has been swimming for over ten years. When other teachers expressed their interest in swimming from Alcatraz, Schonauer decided to organize the event. 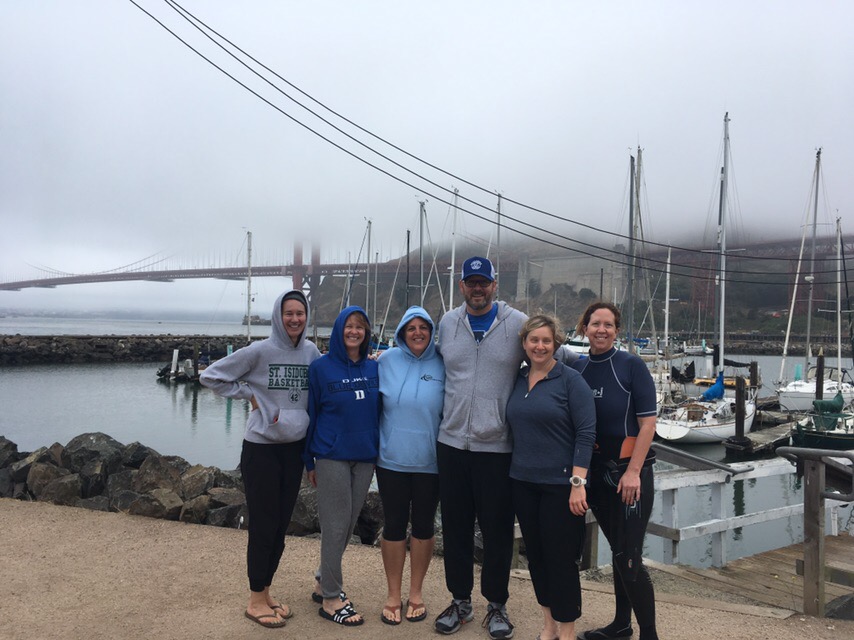 Due to the difficulty of the swim, each Aquadon did individual pool training, but the entire group did a few swims in the bay together.

The weather proved a significant challenge during the swim. The extreme wind caused bumpy water, making for a difficult swim. Adding to the rough weather, everyone had to stay together in a group for safety reasons, but also to create a sense of camaraderie.

“It’s easy to get separated pretty quickly, and the fastest swimmer had to swim to the back of the pack behind the slower swimmers a few times so that everyone could stay together,” said Schonauer.

The group also challenged themselves to swim without wetsuits. Shonauer inspired this ambitious decision, as she started open water swimming with a team that never wore wetsuits, so she has always done it that way.

“There is something special about being in the water without the constricting aspects of the wetsuit that feels very free,” said Schonauer. “Even though it can be shocking when first getting in, it doesn’t take long to get used to it.”

Despite the frigid water and the harsh wind, Schonauer looks back on the experience fondly, as a source of bonding and valuable lessons.

“It was really fun to be able to share the experience with my colleagues,” said Schonauer. “Open water swimming has taught me a lot about conquering fears, perseverance, setting goals, and being part of a community. I love to share that with others.”