// The energy followed the Acalanes football team as they sprinted out onto the field. The crowd was buzzing with excitement as the Dons kicked off their season with a 75-6 win over Armijo on the evening of Friday, August 23.

Despite the landslide win, there was some uncertainty at the beginning of the game. On their first drive, Acalanes’ senior quarterback Mikey O’Donnell threw an interception.

O’Donnell attributed his ability to bounce back from the early turnover to his supportive team and coaching staff.

“It was a total team effort, Coach Burnsed gave us a great opportunity with the play calls and we were able to execute off them,” O’Donnell said. 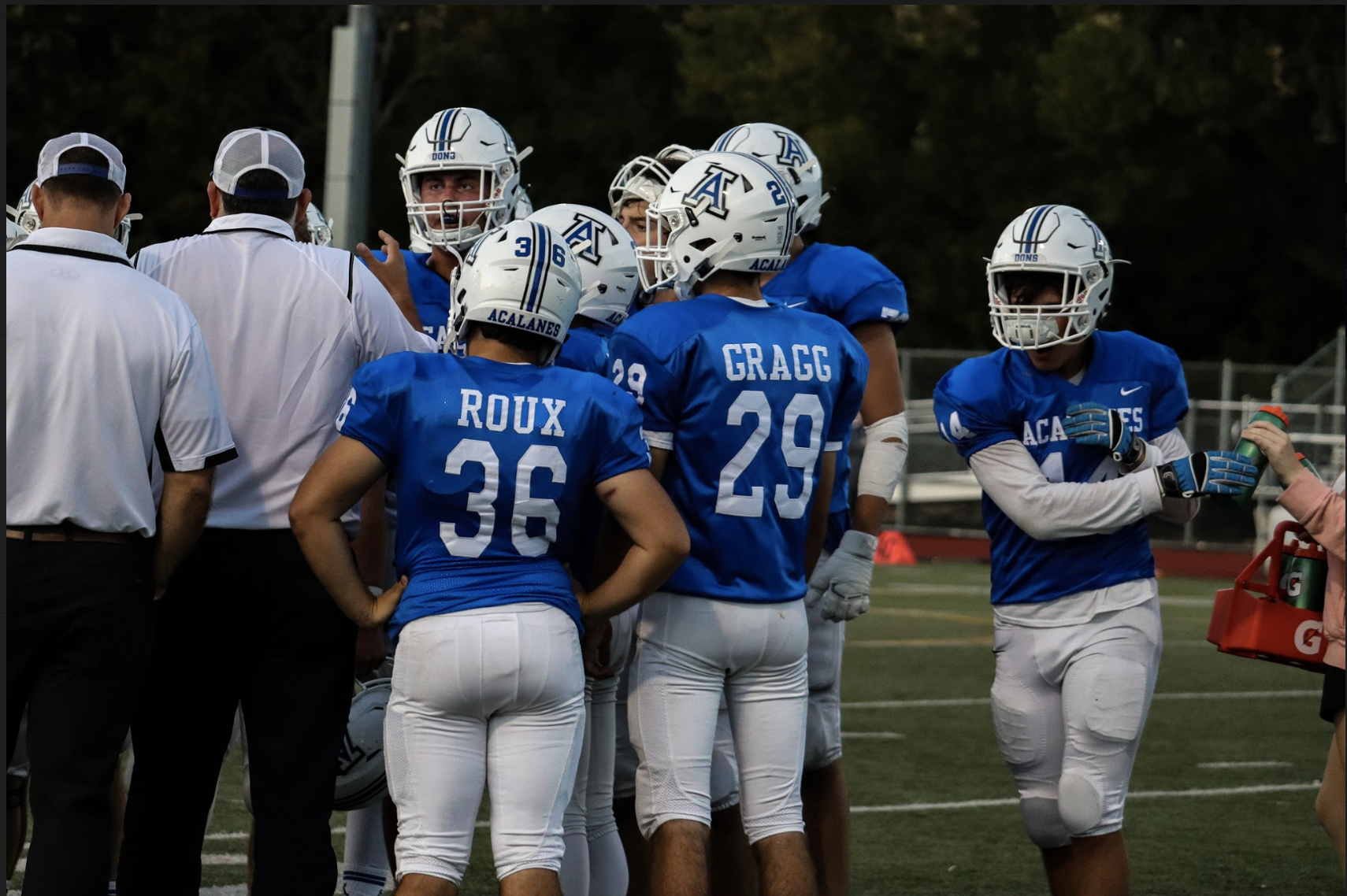 The Acalanes defense picked up their quarterback, forcing Armijo to punt. The Dons then scored off a long touchdown run from junior Dane Jensen. The running back finished the game with 86 of the Dons’ 191 yards on the ground.

Acalanes followed that up with a touchdown pass to senior Lucas Eppinger, to take a 14-0 lead. By the end of the quarter, Acalanes was dominating the game, up 29-0. In the second quarter, Armijo scored their first and only touchdown on a kickoff return.

The Acalanes defense was stellar all game, not surrendering any points to the Armijo offense. The team played as a unit according to senior linebacker Tommy Thrasher.

“The key was definitely everybody knowing what they were doing. If somebody went down or somebody needed a break the next guy was up and ready,” he said. By halftime, Acalanes had racked up 17 more points and went to the locker room with a 48-6 lead.

Acalanes continued to put on a show in the second half, scoring four more touchdowns and playing fantastic defense. The Dons finished the game with 191 passing yards and 5 passing touchdowns. Eppinger was responsible for 164 of those yards through the air and caught 3 touchdowns.

After a dominant performance on both the offensive and defensive side of the ball, Acalanes will look to stay consistent in their next game against Sacred Heart Cathedral Preparatory at the historic Kezar Stadium on Aug 30.

Despite the overwhelming victory, O’Donnell knows that there is always room for improvement throughout the team.

“Our special teams need some improvement and we need to execute our passing game,” he said.