// At the infamous Acalanes gas station, a line of cars inches into the small Shell gas station in preparation for the upcoming power outage set to affect many California residents. With an increased fire risk due to winds and dry conditions, PG&E is taking precautions that will have a major impact on the majority of Northern California.

Late Monday night, PG&E sent out an alert that there was a possible Public Safety Power Shutoff (PSPS) to prevent sparking fires similar to the ones that took place last year. Although Acalanes High School will most likely have power, most of the Acalanes student body will be affected at home. According to the most recent information from the Lafayette Police Department, power in Lafayette will lose power in two waves, one between Tuesday at midnight to Wednesday at 4 a.m., and the second wave on Wednesday between noon to 2 p.m. Power is expected to be restored on Thursday afternoon.

On the Tuesday before the power outage, misinformation spread like wildfire throughout the student body. The most popular misconception was that school would be canceled on Wednesday and Thursday. However, according to Acalanes Principal Travis Bell, none of the schools in the Acalanes Union High School District (AUHSD) will be shut down.

The PG&E outage map shows Acalanes will lose electricity, contradicting what Bell and Superintendent John Nickerson have said. Nickerson has been in communication with PG&E and has received information stating Acalanes will not lose power from a direct PG&E source which is creating more confusion. 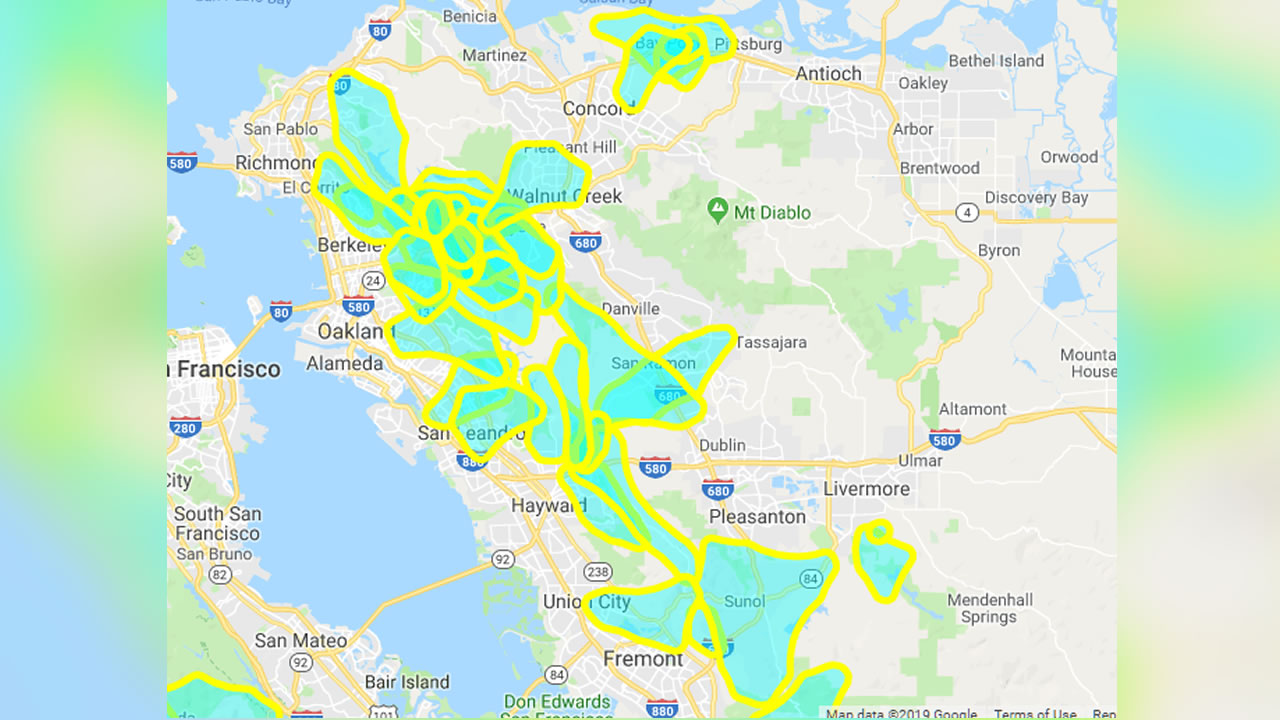 While Acalanes and Las Lomas High School will most likely not experience a power outage, there is still a possibility that these schools could. PG&E has confirmed that Miramonte and Campolindo High School will not have power, and the teachers will have to adapt accordingly.

Several Acalanes teachers voiced their opinions on this short notice change of curriculum schedules and plans.

“You’ve got to roll with the punches. You’ve got to realize that some things are going to change immediately, and you have to adapt very quickly,” Digital Design teacher Chris Busse said.

Busse’s class, in particular, is highly dependent on technology and therefore will be one of the most affected classes. Other teachers will be affected to various degrees based on how much their lesson plans rely on Chromebooks or Wi-Fi.

While he is still able to teach his class, “it’s definitely enhanced by technology,” science teacher James Poling said.

One source of concern among many students is their safety. All alarms will not be functioning, meaning that if an emergency were to happen, the only way of communicating this would be through the phones in teachers’ emergency backpacks. Landline phones in classrooms are reliant on electricity and will not function.

“I could do without electricity. It would just be more of a safety hazard for me. That’s gonna be the time where we’re most vulnerable,” sophomore Meghan Foster said.

Although the fire alarms have a backup battery life, the administration is not sure how long they will last. In addition, when the power initially goes out, the alarms will ring.

Bell predicts that some students will not be attending school due to the compromised safety system along with traffic issues. Traffic lights at intersections will not be working, which may create dangerous situations on roads, especially for student drivers in busy areas such as Pleasant Hill Road.

The Instrumental Pops Concert may also be impacted by the power outage. Power is expected to come on before the concert begins at 7 p.m. on Thursday, in which case it would run as normal. In the scenario where it doesn’t return at the predicted time, the concert will be postponed to an undetermined later date.

A more unexpected yet significant effect of the power outage will a disruption in the food services. The Acalanes cafeteria will not be serving breakfast, and Bell recommends that students bring homemade lunches. The cafeteria will not be able to accept money without power, so students buying food will have to use their student ID and be charged later.

To add insult to injury, none of the vending machines will be functioning, leaving many students stranded without snacks.

Many students view this as an attempt by PG&E to avoid potential lawsuits such as the ones regarding multiple fires in 2018, most notably those in Paradise, California, and the Camp Fire.

“They’re trying to take methods of prevention ahead of time before it’s too late and they get sued again, and they get sued for money they don’t have because they declared bankruptcy not too long ago I believe,” freshman Joy Baker said.

In the end, the entire situation has resulted in great confusion, conflicting facts, and hindrances to normal daily life.

“My friends and I have just been talking about how power outage is related to whether or not we’ll be coming to school tomorrow, and a lot of people have said it would be a waste of time to go to school without power,” junior Kylie Alfaro said.

*Disclaimer: this has been written with the best intent and the most recent information. All information is subject to change and Blueprint provide updates as we receive more information